What Cake Can Teach Us About Germany Posted by Constanze on Aug 5, 2020 in Culture, Food

Guten Tag! This is the first in a two-part series on one of my favourite subjects: Cake (der Kuchen in German)- specifically, German cakes with interesting, often place-specific, names. We will look at why those cakes are named the way they are, and learn a little language, culture and history in the process. So, as well as being lecker (delicious), let’s see what the world-famous German Kuchen can teach us! 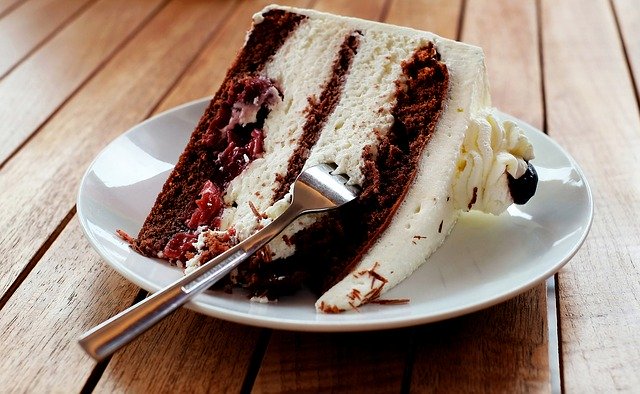 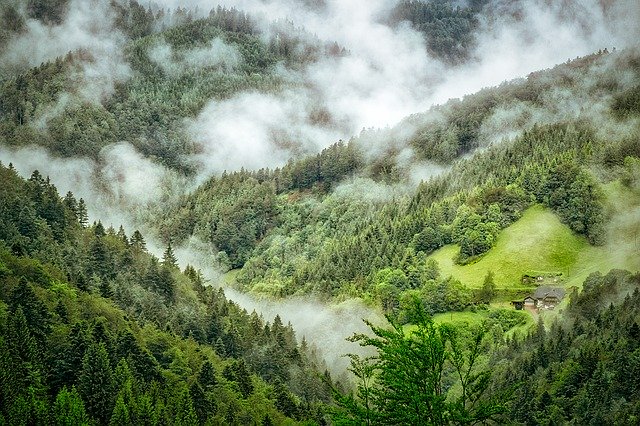 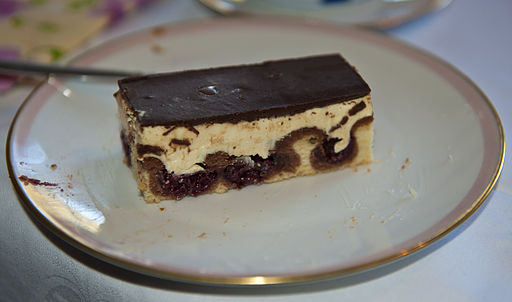 Donauwelle means ‘Danube wave’ or ‘Wave of the Danube’ (die Donau – the Danube; die Welle – the wave), referencing the Danube River. Die Donau is Europe’s second-largest river. It starts in Germany, and runs through a total of 10 countries: Deutschland (Germany); Österreich (Austria); die Slowakei (Slovakia); Ungarn (Hungary); das Kroatien (Croatia); das Serbien (Serbia); das Bulgarien (Bulgaria); das Rümanien (Romania); Moldau (Moldova); die Ukraine (Ukraine). The cake is named as such due to the wavy pattern on the inside of it, designed to resemble the waves of the river. However, whether the Donauwelle originated somewhere along the Danube, or was simply named after it, is unclear- either way, to name a cake after such a famous river makes perfect sense to me! 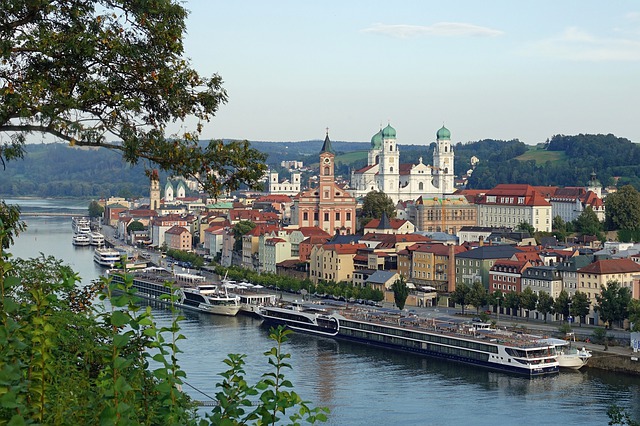 The Donau in the beautiful German town of Passau. Image via Pixabay.

The Donauwelle can be black and white in colour, but there is a version with a red top, called der Schneewitchenkuchen, after Snow White (Schneewitchen) in the Brothers Grimm fairytale of the same name. 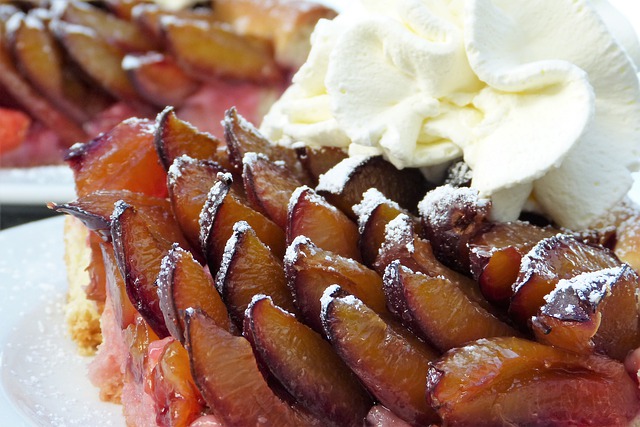 The Zwetschgendatschi is a plum sheet cake originating in Augsburg, Bayern (Bavaria). However, this cake goes by a variety of different names, depending on where you are in the country, and therefore has a few things to teach us about German language and culture:

1. The word ‘datschi’ is used in southern Germany and is said to come from the verb datschen (or detschen), meaning ‘to pinch’, as the plums are ‘pinched’ into the dough to make this cake.

2. Outside of the south it is likely to be called either Zwetschgenkuchen or Pflaumenkuchen, using the word Kuchen (cake) instead of the more regional Datschi.

3. Both Zwetschgen and Pflaumen are plums (singular: die Zwetschge / die Pflaume). They are just different types of plums!

4. It is said that the Zwetschgendatschi originated in Augsburg, and was originally designed to resemble the Zirbelnuss (pine cone) on the Augsburg coat of arms. For this reason, Augsburg is also known affectionately as Datschiburg. 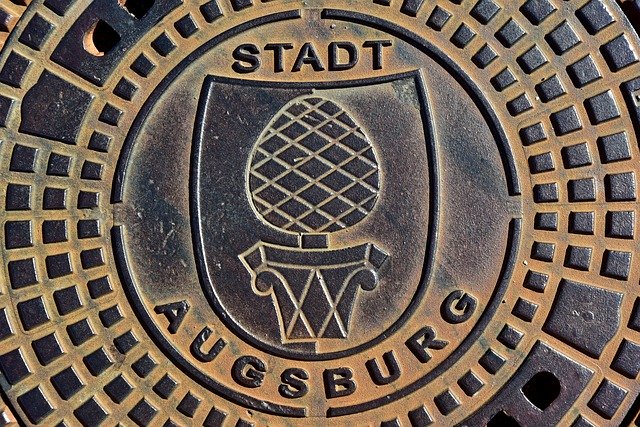 Zirbelnuss on the Augsburg coat of arms. Image via Pixabay.

Join me next time for more German cake, and let’s see what else these delicious treats can teach us!

Bis dann (until then),
Constanze