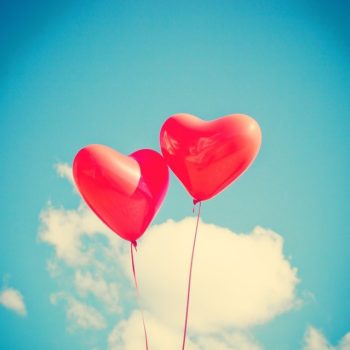 Photo by autumnsgoddess0 from Pixabay, CCO

Israelis call it שׁׅגְרַת קוֹרוֹנָה. The first word שׁׅגְרַת is a constructive form of the noun שִׁגְרָה, meaning routine. The second word is the Hebrew name of Coronavirus. Together the term is literally translated to Corona Routine, and describes our daily life and all the coronavirus restrictions, tests, isolations, fears, and so on, that are, unfortunately, part of them. שׁׅגְרַת קוֹרוֹנָה is a new term in Hebrew that combines all the bureaucracy and complexity of our life recently. It refers to the last year plus, since we all understood that COVID-19 is not going to disappear soon.

The new term became very common in spoken and even formal language. נִהוּל הַגַּן בְּשׁׅגְרַת קוֹרוֹנָה (preschool managing during corona routine), for example, was the name of an online conference conducted by Ministry of Education. בָּעוֹלָם מְנַסִּים לְנַהֵל שׁׅגְרַת קוֹרוֹנָה (the world is trying to conduct a corona routine), for another example, was the title of an article published in Ha`aretz newspaper.

In this atmosphere, no wonder that one short TV commercial touched so many. In an annual competition, a commercial of a peanut snack won first place as the most favorite commercial of the year. The Israeli peanut snack Bamba (which we already discussed in our pervious post) has already produced several catchy videos over the years, but this one was especially touching. The food company manufactured heart shaped Bamba (בַּמְבָּה לְבָבוֹת) and came out with the slogan: it’s time to scatter love around (זֶה הַזְּמַן לְפַזֵּר אַהֲבָה).

The two protagonists of the winning commercial are the animated Bamba Baby that has appeared in every promotional activity of the product since its creation in 1993, and the famous singer Shlomi Shabat, who got sick with COVID-19 twice. In the video, the two praise Israeli people, complimenting their warm affection and mutual aid, in several displayed situations. Some of the situations are part of our recently corona routine. When a young boy, for example, celebrates his birthday in isolation and his friends fly balloons under his balcony, Shabat and the Baby sing:

(We) don’t give up on loving

לַחְגֹּוג קָרוֹב (celebrating close) was the wish of so many Israelis during 2020. When most people stayed at home, longing to meet face to face again and celebrate the holidays and other events together. Currently, in our שׁׅגְרַת קוֹרוֹנָה it is still sometimes not impossible, when someone is sick or in isolation.

Another situation influenced by our new corona routine that appears in the video is a wedding. Between curfews, when COVID-19 situation in Israel was still bad, the government imposed restrictions on weddings, too. There were times when the maximum permitted guests list for a wedding was merely twenty. In better times, they raised the permitted number to 100 guests. In the video, the Bamba Baby dances with the bride and groom while Shabat sings in the video:

Cheering up with all our energy

Even if only twenty arrived

The noun אַהֲבָה (love) and the verb לֶאֱהֹוב (to love) appear several times in the 45 seconds commercial. In five different situations displayed in the video (birthday, wedding, birth, moving, and army), Israelis help each other, and openly show their love and friendship. Watch the video and let me know in the comment below what do you think. Did you like the video as well?