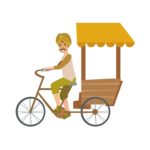 There are certain words in Hindi that have no direct translation. Also, they can be translated and interpreted in several ways. This can lead to a lot of confusion as the interpretation may sometimes depend on the area in which one lives, or the tone of voice while saying the word or the context. The words are used mainly in colloquial speech. It is acceptable at all levels of Indian society and facilitates conversations across strata.

We will examine some words that have these dual or even multiple meanings.