Fighting for Equality Posted by Rachael on Jun 6, 2019 in Hindi Language

As you may have heard, actor (अभिनेता/abhinetaa) Ayushman Khurana (आयुष्मान खुराना) will soon appear in a major film called Article 15, which is set to release on June 28th. As the title suggests, the film concerns “Article 15” of the Indian constitution (भारतीय संविधान/bhaaratiya samvidhaan), which guarantees equality to all citizens (नागरिक/naagrik) regardless of personal characteristics. Although Khurana usually appears in light-hearted films, he’ll demonstrate his skill for dramatic acting in this film as it promises to grapple seriously with the dichotomy between the idealism of the Indian constitution’s guarantee of equality and the starkly dissimilar reality faced by many marginalized groups on a daily basis. Already, the film’s trailer has sparked a healthy debate (बहस/behes) over the rights and norms of citizens in India’s formidable democracy (लोक या जनतंत्र/lok/jantantra). 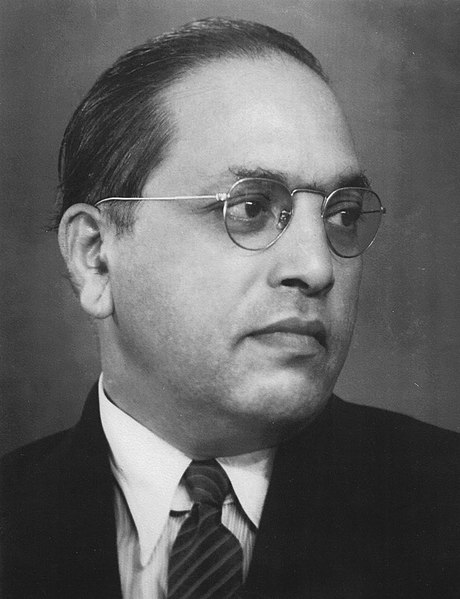 Bhimrao Ambedkar, himself a Dalit, was one of the chief authors of the Indian constitution. Image found via Wikimedia Commons, Public Domain.

For those who have not read and memorized every tenet (सिद्धांत/siddhaant) of the Indian constitution (guilty), Article 15 reads as follows: “राज्य, किसी नागरिक के विरुद्ध केवल धर्म, मूलवंश, जाति, लिंग, जन्मस्थान या इनमें से किसी के आधार पर कोई विभेद नहीं करेगा” (Meaning: The state will not discriminate (lit. differentiate) against (between) any citizen on the mere basis of religion, lineage, caste, gender or place of birth). Although this may seem like it should be a basic tenet of every robust democracy, Americans themselves know that the way an idealistic law plays out on the ground is often very different from and perhaps even contrary to the way it is spelled out on paper. Over time, this article of the Indian constitution (अनुच्छेद/anucched=lit. paragraph) has become known as the right to equality (समानता का अधिकार/samaantaa kaa adhikaar).

Throughout the Indian constitution’s history, which went into effect on January 26th, 1950 (this day has since become a national holiday called Republic Day/गणतंत्र दिवस/gantantra divas), this particular article of the constitution has been an object of controversy (विवाद/vivaad) time and time again. At times, those who wish to amend (संशोधन करना/sanshodhan karnaa) the constitution in order to shore up majoritarian rights have called into question how essential this article really is. At other times, those who oppose (विरोध करना/virodh karnaa) them have held up the endangerment of this article to demonstrate that the integrity of the Indian constitution as a whole is in peril. Although the constitution of India itself and the notion of its existence as an independent democracy was fundamentally based on this idea of “equality under law for all,” this worldview has not been implemented thoroughly or effectively in the real world. Unsurprisingly, the failure of the government (सरकार/sarkaar) to implement this guarantee is due in part to the clash between theoretical idealism and the realities of persistent and rigid social divisions. These divisions are often based on personal characteristics over which people have no control and, as such, permeate their lives as barriers to socioeconomic mobility, acceptance and other facets that may accompany a life of equality with one’s peers.

When asked why he felt it was necessary to make a film based on true events (असली घटनाएँ/aslee ghatnaae) about the guarantee to equality in the Indian constitution, co-writer (सह-लेखक/seh-lekhak) Gaurav Solanki responded that, many people living in Indian cities today (who make up a large number of cinema-goers) have a completely different perspective on the commonalities of Indian life: for one, many city dwellers (शहरों में रहनेवाले/sheheron me rehnevaale) believe that caste-based discrimination (जाति से जुड़ा भेदभाव/jaati se juraa bhedbhaav), amongst other forms of discrimination, is a thing of the past because they may not witness it in their day to day lives. However, for the large number of people who live in small towns and villages, they may encounter caste-based discrimination as a stubborn fact of everyday life. In part, it is this film’s mission to impress upon movie goers that, just because a problem may not affect you personally, does not mean that it is not an endemic issue that needs to be addressed. In essence, this film seeks to explore the dichotomy between the Indian constitution’s idealistic aspirations to develop a high-functioning democracy in which all citizens exercise equal rights and the reality in which many people lose out on participation in that democracy because of structural barriers based on personal characteristics. 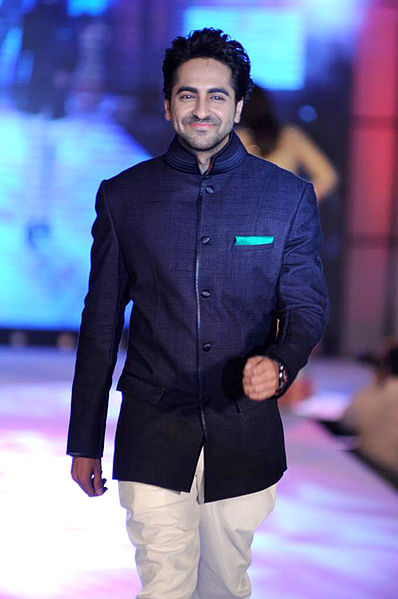 Actor Ayushman Khurana. Image by Bollywoodhungama.com on Wikimedia Commons, licensed under CC BY 3.0.

So far, there have been many strong reactions, both positive and negative, to the film’s trailer. In an interview with BBC Hindi, senior journalist (पत्रकार/patrakaar) Dilip Mandal expressed his own view (मत/mat, राय/raay) that the film seems to support the well-worn notion that Dalits and other downtrodden castes cannot achieve their own liberation (मुक्ति/mukti), but must instead be saved by a high-caste IPS (Indian Police Service) officer, played by Khurana. In addition, he stated that this kind of upper-caste savior mentality will only weaken the Dalit fight for equality. However, a trailer alone does not make a film. Like him, audiences are eagerly awaiting the release of this film to come to their own conclusions.

If you’re interested in reading the article in BBC Hindi about this film, you can do so here. 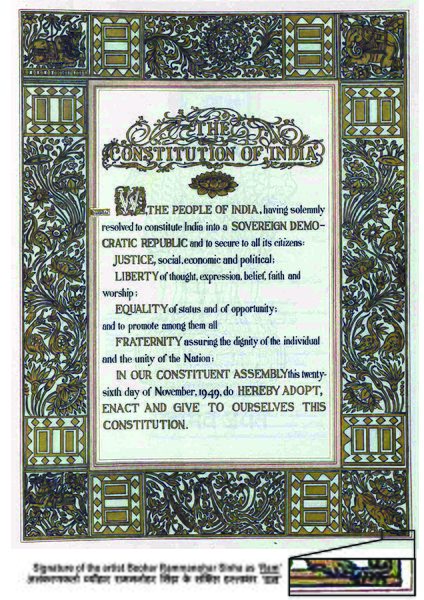