The Man Who Made Pads Possible Posted by Rachael on May 30, 2019 in Hindi Language

In earlier blogs, I’ve mentioned how watching TV and movies in Hindi can greatly accelerate the progress of your learning. As you immerse yourself more and more in the world of Hindi-language materials, you’ll find that you will start picking up on vocabulary (शब्दावली/shabdaavali), grammatical structures (व्याकरण की बनावटें/vyaakaran ki banaavate) and pronunciation (उच्चारण/ucchaaran) much faster. In one of my Hindi film binges over the past weekend, I watched a movie that was compelling and buoyant, yet analyzed a complex issue (जटिल मुद्दा/jatil muddaa) in Indian society that is often not addressed openly. This film is called पैड मैन (Pad Man, 2018) and stars अभिनेता/abhineta (actor) Akshay Kumar (अक्षय कुमार) and अभिनेत्री/abhinetri (actress) Radhika Apte (राधिका आप्टे), with Sonam Kapoor (सोनम कपूर) in a supporting role. The film is actually based on a true story, revolving around the life of a social entrepreneur and activist from Coimbatore, Tamil Nadu, named Arunachalam Muruganantham. The film starts off by depicting the lives of a seemingly ordinary couple (साधारण जोड़ी/saadhaaran jori) living in small town India, where Kumar plays a skilled and inquisitive welder named Lakshmikant (“Laxmi” for short) employed in a small workshop. However, the film’s narrative picks up speed and intensity when Kumar becomes obsessed with manufacturing sanitary pads for his beloved wife that are affordable, safe and practical – a task he gradually learns is far more complex than he first realized. 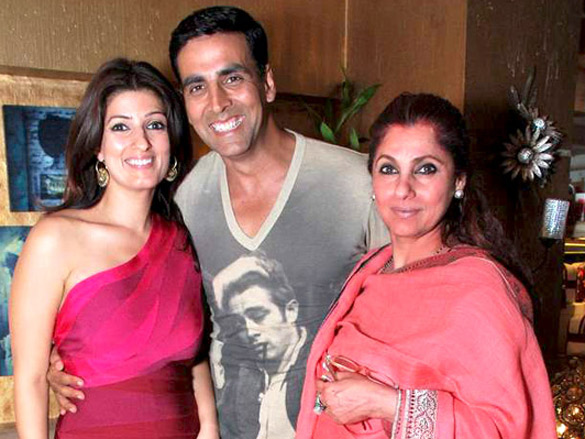 Actor Akshay Kumar with his wife, Twinkle Khanna, and mother-in-law, Dimple Kapadia. Image by Bollywood Hungama on Wikimedia Commons, licensed under CC BY 3.0.

Although this may sound like an odd premise for a film, director R. Balki manages to make the film simultaneously light-hearted and Bollywood-esque yet still faithful to the true life story on which it is based, which tackles the social stigma (कलंक/kalank) surrounding menstruation (मासिक धर्म/maasik dharm). When Laxmi marries his wife Gayatri, he gradually learns about the “5 days” (as they describe it in the film) that women experience every month. Although Gayatri insists on sleeping, eating and cooking in a detached section of the house to avoid “polluting” her other family members during her period, Laxmi challenges this tradition, stating that there is no reason for her to feel ashamed or unclean due to a natural bodily process. Later, Laxmi discovers that Gayatri uses a piece of cloth during her period, which she must wash repeatedly, rather than a sanitary pad; at this realization, Laxmi becomes concerned for his wife’s hygiene (स्वच्छता/svacchtaa) and well-being (खै़रियत/khairiyat or सेहत/sehat = health). Despite his wife’s insistence that he should not interfere with “women’s matters,” he goes to a chemist (pharmacy) and buys some sanitary pads, even though they are too expensive (~50 rupees or less than a dollar) for his modest income to afford.

Realizing that these pads are far too costly (महँगा/mehengaa) to purchase every month (महीना/mahinaa, मास/maas), Laxmi dissects the pads and attempts to recreate his own version using low-cost materials, such as raw cotton, muslin and glue. Laxmi attempts to convince his wife to try out these new pads, but each time he tries a new formulation, they inevitably fail because he has forgotten one or the other component that would make them more durable. With each new attempt at creating an affordable (सस्ता/sastaa) yet high-quality pad, Laxmi quickly becomes obsessed with this new project. Gayatri, who is much more traditional than her husband, is ashamed of his new interest (which many in the village consider to be perverse) and eventually becomes estranged from him.

At this point – the nadir of his life so far – Laxmi decides to take out a loan (उधार/udhaar) and dive headfirst into perfecting his invention (ईजाद/eejaad) and steadily breaking the taboo surrounding menstruation. Inspired by watching videos of an integrated machine (मशीन/masheen) that manufactures pads but can only be purchased for a huge amount of money, Laxmi decides to separate the machine into its component parts to make the process (and later product) cheaper. Eventually, he builds one of these machines himself. Later, he enlists Sonam Kapoor’s character as the “guinea pig” for his invention; impressed by his achievement, she then helps him spread the word in villages and towns throughout the region. In real life, this lower-cost model of manufacturing pads has spread throughout most Indian states (प्रदेश/pradesh), providing women in small towns and villages not only with a hygienic and comfortable means of dealing with their periods but also offering them employment (रोज़गार/rozgaar) and the chance to become small business owners. 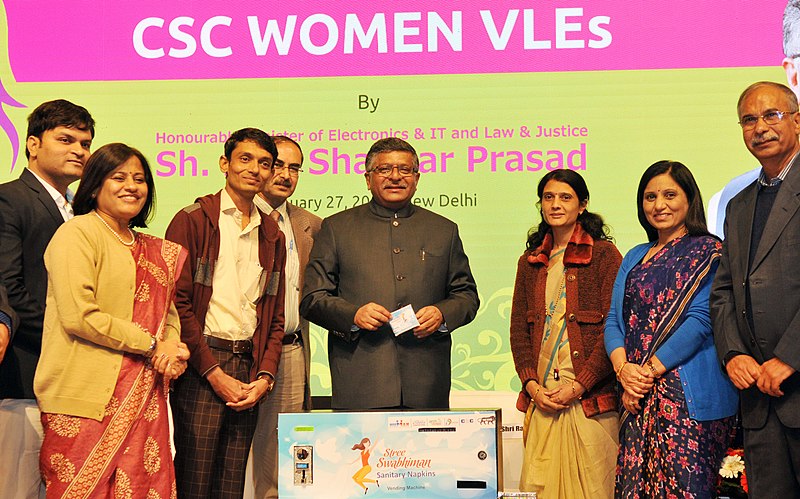 This film is an excellent opportunity to immerse yourself in Hindi in the midst of your studies. Not only that, it’s an inspiring story of a man who, despite significant setbacks, persists in his determination to provide his wife and, by extension, all women, with a hygienic and affordable way to live their lives more freely. The real-life entrepreneur on whom this film is based, Arunachalam Muruganantham, continues to inspire the public by resisting lucrative commercialization of his invention and instead continuing to break the taboo surrounding menstruation in countries around the globe.

And now, a teaser from the film, enjoy!