You can be sure that if a particular topic (विषय/vishay, masc. noun) has aroused enough controversy (विवाद/vivaad, masc. noun) to be the subject of numerous books and articles, it is by no means a foregone conclusion. The question of Hindi as India’s national language is just such a topic. Those who perhaps live in the Hindi heartland (see map below) and are supporters of Hindi as the country’s hegemonic Indian language would argue that Hindi is, indeed, India’s national language (राष्ट्रभाषा/raashtrabhaashaa, fem. noun). However, this stance may not be readily accepted and may even be vociferously denied by other Indians. Those who live in areas outside of the Hindi heartland––such as in Tamil Nadu, Maharashtra, West Bengal, etc., may argue that Hindi is not the natural heir to the “throne,” so to speak, in becoming India’s national language; furthermore, they might claim that India’s seemingly innumerable regional languages and dialects should have their due and perhaps that only English makes sense as the language that ties all of this country’s diverse states (राज्य/raajya or प्रदेश/pradesh, masc. nouns) together. 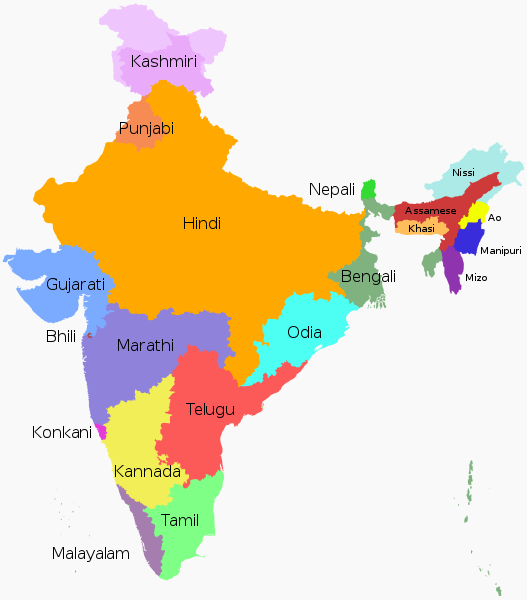 A linguistic map of India: the majority of Hindi-speakers are located in the states of Bihar, Chandigarh, Chhattisgarh, Delhi, Haryana, Himachal Pradesh, Jharkhand, Madhya Pradesh, Rajasthan, Uttar Pradesh and Uttarakhand. Image by Filpro on Wikimedia Commons, licensed under CC BY-SA 4.0.

Whatever may be your viewpoint on this issue (मुद्दा/mudda, masc. noun) it is important to know some background about this question and to acquaint yourself with the different sides in the debate (बहस/behes, masc. noun). Learning a foreign language, after all, is not just about memorizing vocabulary and understanding grammatical rules, it is also about absorbing cultural information and context to better understand the subtler meanings behind words, sentences and the symbols they create. Decades prior to India’s independence from the British crown on August 15, 1947, Indians had been engaged in oftentimes heated debates about the language question. The first bid for a separate state based on linguistic “allegiance” was led by Madhusudan Das, the man who is known as the founder of Odia Nationalism today. Although the movement (आंदोलन/aandolan, masc. noun) began in 1903, Odia-speaking people were not granted a separate state in its final form until 1936 when parts of Bihar and formerly Orissa (now Odisha) were combined to form a new state.

Thus, we can see that in the late 19th century people had already begun coalescing around identity-based movements comprised of factors such as language, culture, religion and ethnicity, aided in part by the  colonially-administered census that sought to carve out categories for its subjects, many of whom had never previously considered themselves part of such rigid groups but rather as members of fluid and, sometimes overlapping, communities subject to subtle change. Here, we can see that people began to identify strongly with the languages they spoke, especially the languages of their ancestors (पुरखा/purkhaa, masc. noun) and parents (माँ-बाप/maa-baap, masc. noun), as a way to solidify minority status and power in the face of efforts to homogenize the Indian population. As Indian Nationalist movements gained momentum, these movements were forced to grapple with the question of language––if India were to one day wrest its sovereignty from its British oppressors, how would its people do so without an overarching sense of unity (एकता/ektaa, fem. noun) amongst incredibly diverse groups of people who practiced different religions (धर्म/dharm, masc. noun), spoke different languages (भाषा/bhaashaa, fem. noun), and adhered to divergent cultural norms (सांस्कृतिक नियम/saanskritik niyam, masc. noun)?

From the beginning of this debate, English (अंग्रेजी/angrezi, fem. noun) as a national language was a thorny problem as it was the language of the British East India Company and, later, its successor: the British Raj. That is, this was the language of the colonists who had exploited (शोषण करना/shoshan karnaa, to exploit) this country and its people for centuries. While mastery of the English language undoubtedly afforded aspiring Indians more opportunities (मौका/mauka, masc. noun) to work for the Indian civil service and thereby improve their socioeconomic status (परिस्थिति/paristhiti, fem. noun, or “circumstances”) its usage as a national language, especially, left a bitter taste in many Indians’ mouths as it was the language most bound up with colonialism.

If not English, then what language could do the job of uniting a diverse populace (आबादी/aabaadi, fem. noun) to band together against the British and stand up for their rights (हक/hak, masc. noun)? Hindi, as well as Hindustani, a colloquial form of the language that generously blends Arabic and Persianate (or “Urdu”) words with (comparatively rarer) more Sanskritic forms, were then advanced as the languages to unify a cause and a potential nation (देश/desh, masc. noun). Both Mahatma Gandhi and Munshi Premchand (a famous Hindi-Urdu author) were some of the more renowned advocates of Hindustani as the soon-to-be nation state’s national language. Although Mahatma Gandhi, whose mother tongue (मातृ भाषा/matri bhaashaa, fem. noun) was Gujarati, was not himself well-versed in Hindi or Hindustani, he believed that his language could unite wide swaths of people across ethnic and religious divisions and thereby strengthen the newborn nation. 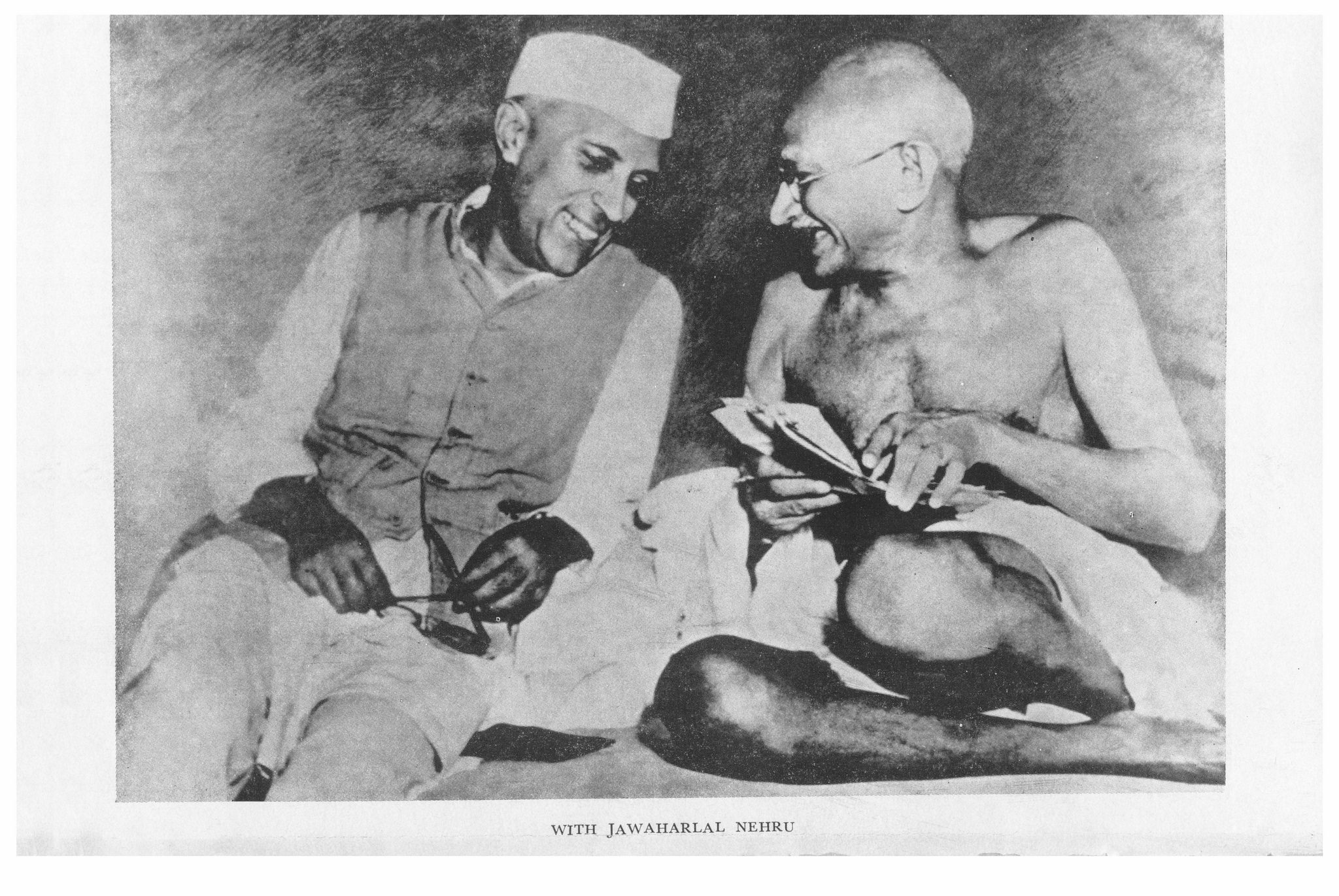 Similarly, Premchand, who was an activist through his social realist literature (साहित्य/saahitya, fem. noun) advocated (प्रोत्साहन देना/protsaahan denaa, “to encourage or support”) Hindustani; he himself had begun his literary career writing in Urdu and later switched to Hindi on the advice of friends and colleagues, hoping to reach more people through his works. What these two North Indian men failed to account for, however, was that there were and would be deep linguistic divisions (विभाजन/vibhaajan, masc. noun) not only amongst Hindi and Urduvaale, but also amongst those who spoke languages that were not even part of the same linguistic family as Hindi (Hindi is Indo-European, but many languages, especially in South India, are Dravidian, such as Kannada, Tamil, Telugu and Malayalam; take a look at this image to see what I mean).

After India’s Independence, the first prime minister (प्रधान मंत्री/pradhaan mantri, masc. noun) of India, Jawaharlal Nehru, set about dividing India into states largely based on linguistic factors according to the States Reorganization Act of 1956. Thus, linguistic divisions that were previously formally unrecognized were now in force, deepening divides between ethnicities who spoke differing languages. One such case occurred shortly before this act was ratified, in 1953, when the movement to form a state out of the northern, Telugu-speaking portions of Madras state was successful, resulting in the creation (स्थापना/sthaapnaa fem. noun, or “establishment”) of Andhra Pradesh. The creation of this state followed the death of the movement’s leader (नेता/netaa, masc. noun), Potti Sriramalu, who perished during a hunger strike in support of the state’s formation. Of course, other states changed as well from their pre-Independence form, such as Bombay state, which became bigger with the addition of Saurashtra and Kutch states, the Marathi-speaking Nagpur division of Madhya Pradesh and the Marathwada region of Hyderabad state. 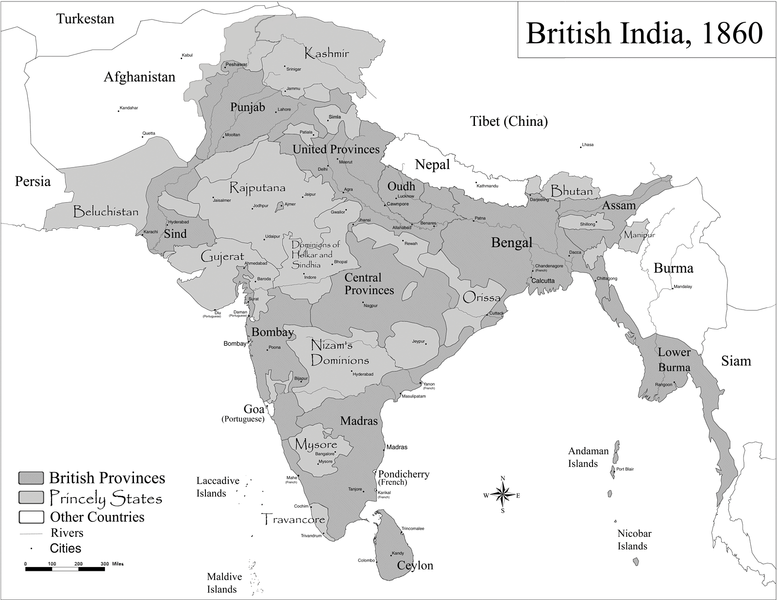 A map of British India; image by Kmusser on Wikimedia Commons, licensed under CC BY 3.0.

Today, such linguistically-divided states have sometimes intensified linguistic competition (मुक़ाबला/mukaabalaa, masc. noun) and jingoism, such as with the Marathi language in Maharashtra. On a more positive note, the heightened awareness (जागरूकता/jaagruktaa, fem. noun) certain regional languages caused in part by migration to large cities outside one’s home state, such as in the case of Bhojpuri (in Bihar and Uttar Pradesh), has led to small film and music industries growing up around such languages and the particular cultures they embody. The problem remains that Hindi, no matter how much Hindi supporters may wish it to serve as India’s unifying language, cannot possibly do so: English, however, can. Despite its colonial heritage, English is one of the more accessible languages to Indians, it’s a global lingua franca and it is more neutral than, say, Hindi or Tamil, which are associated with particular religious, cultural and ethnic groups. But, at the same time, India should be proud of its linguistic diversity––it is one of the few places still left on earth that possesses such diversity (विविधता/vividhtaa, fem. noun) and English should serve as a bridge between different cultures and languages rather than a means to obliterate them. 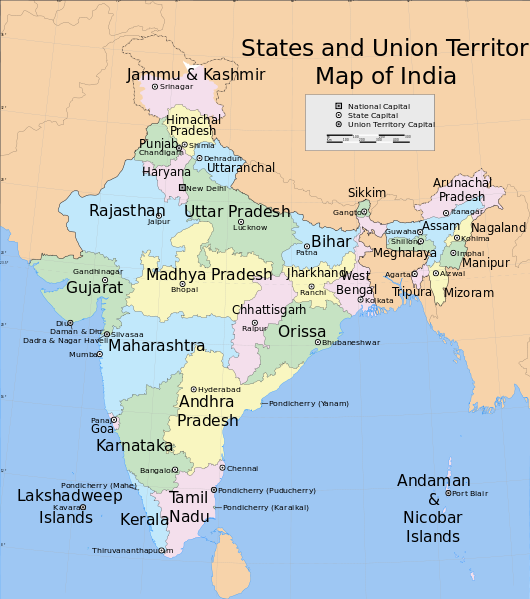 A map of modern India (not featuring the state Telegana, formed in 2014 and Uttarakhand, formed in 2000); image by Planemad on Wikimedia Commons, licensed under CC BY 3.0.