Last week, Hindus in America celebrated Diwali, the Hindu festival त्यौहार of lights. At one time this would have seemed far-fetched. But, this year I was surprised विस्मित to read a Target ad on Diwali! Then, as the week went by I saw more and more news समाचार about the festival on television. I also heard about various विभिन्न Diwali events in the area.

South Street Seaport in New York City has, for many बहुत years, hosted a Diwali festival that is organized का आयोजन किया by the Association of Indians in America, which is the oldest सबसे पुराने community organization for Indians in America. 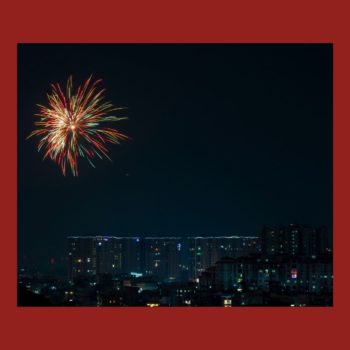 However, this year, people watched fireworks आतिशबाजी that they organized, lit along the Hudson River on the day of the festival. And the World Trade Center was lit up on Diwali. 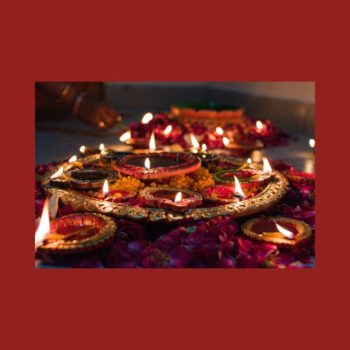 Our President issued जारी किया गया a statement, “Like many cherished holidays during the pandemic वैश्विक महामारी , we know this year’s Diwali carries an even deeper और गहरा meaning. To those who have lost loved ones, we hope this sacredपवित्र  time provides comfort and purpose प्रयोजन in their memory.” He and Vice President, members of Congress, to prominent South Asian Americans, took part in expressing their sentiments भावना and attending parties.

The influx of Indian immigrants आप्रवासियों created the need to bring in these celebrations with all their trappings. It is easy now to get Indian sweets and food typical to the festival,  fireworks, powders for Rangoli decorating सजा, and various items for the worship times, etc. In big cities across America, long lines form outside the Indian sweet shops like Rajbhog or Haldiram sweets in NYC. Social media is filled with videos and images of this festival. 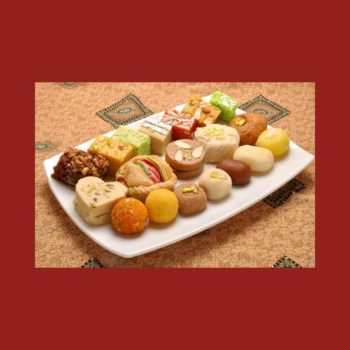 American’s are curious जिज्ञासु and delighted to participate in the festivities. We had one such party in my neighborhood. Four all-American families came and were happy to learn about the five days of Diwali and what each meant. They ate the spicy pao bhaji and mithai and were delighted प्रसन्न as toddlers to hold sparklers afterward.

American culture is accepting and integrating एकीकृत Diwali in such a way that it may become a federal holiday soon. US Representative Carolyn Maloney is about to introduce परिचय कराना legislation to make it one.

Many recognize पहचानना the sizeable Indian population and have been exposed to at least one professional पेशेवर of Indian descent by now. Also, with many Indians marrying Americans, families are considering it very necessary ज़रूरी to bring in the mixed Indo-American heritage विरासत into their homes.

So, the awareness of this beautiful Indian festival is definitely निश्चित रूप से growing on the North American continent. There are organizations संगठन such as Culture Tree that create events to showcase the history and significance of holidays on the subcontinent of India.

In a country with a growing second-generation population of Indians, parents are eager to keep their heritage and traditions alive while understanding that their children are essentiallyअनिवार्य रूप से growing up as Americans. This beautiful blend मिश्रण of cultures is what makes America beautiful and we hope that this tradition of Diwali will be appreciated सराहना and accepted for years to come as a national tradition.