Parallel Vocabulary in Hindi Posted by Rachael on Dec 12, 2018 in Hindi Language

As you may know, Hindi is composed of a vast array of other languages. This multifaceted quality gives Hindi its richness and complexity. In this blog, we’ll explore the diversity of Hindi vocabulary through concrete examples from Hindi’s major source languages: Arabic, Persian and Sanskrit. Although Arabic and Persian are not related languages (Arabic is part of the Afro-Asiatic language family while Persian or Farsi is part of the Indo-European language family, as is Hindi), they are bound somewhat by the dissemination of a major world religion – Islam – and thus many Arabic words have made their way into Hindi, oftentimes filtering through Persian before making their way into our language of study. Sanskrit, the classical language of Ancient India, has also had a huge impact on the language we conceive of today as Modern Standard Hindi, especially when there are attempts to “purify” Hindi by replacing more common Arabic, Persian- and sometimes English-descended words with oftentimes more complex Sanskrit equivalents. Below, we’ll see just how complex and varied Hindi vocabulary can be with some Persian, Arabic and Sanskrit equivalents of essentially the same words. 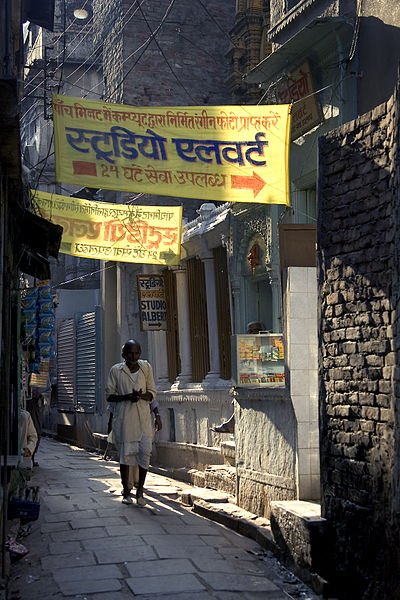 Sometimes, English words can be the hardest to decipher when you’re learning to read Hindi. Test yourself with this image. Image by Jorge Royan on Wikimedia Commons, licensed under CC BY-SA 3.0.

*In this example, किताब/kitaab, is a much more informal and colloquial way of saying book than पुस्तक/pustak, which is decidedly formal and would sound odd in everyday conversation.

*Here, both words are fairly formal in nature and would most likely not be used in everyday conversation, but they are illustrative of the fact that you have to be careful when using synonyms of differing language origins – just because they are synonyms, doesn’t mean they’ll have the same gender. परीक्षा is feminine while इम्तहान is masculine. The most colloquial-sounding word in this case, partially influenced by English medium educations all over India, would be simply टेस्ट/test. 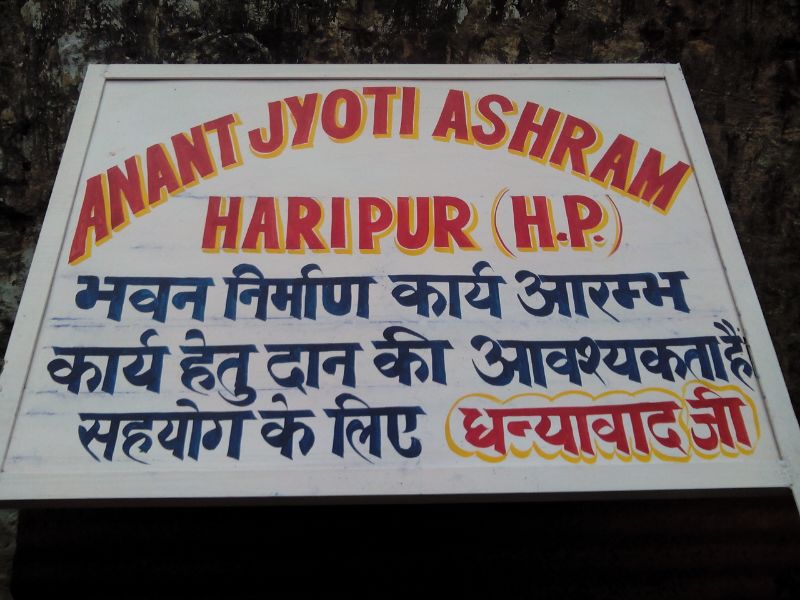 Oftentimes, in Hindi signboards, you will find that the language used is extremely Sanskritized and thus formal in nature. Image by Gurpreetlamba4275 on Wikimedia Commons, licensed under CC BY-SA 3.0.

*In this case, the most common, colloquial-sound word would be ख़ुश although सुखी have their uses in idioms and literary language. Notice the differing endings in these words – they are both nouns, but their endings differ depending on their source languages. Persian generally adds an -ई to the end of a word to transform it into a noun from an adjective (example: आज़ाद – free, adjective, आज़ादी – freedom, noun) whereas Sanskrit oftentimes does the opposite – सुखी is the adjective whereas सुख is the noun. Notice also the word for वीकेंड – the most common word is just a transliteration of the English (a weekend, after all, being a very Western concept heavily influenced by modern-day capitalism). Technically, the Hindi word for weekend is सप्ताहांत (literally – the end, अंत, of the week, सप्ताह). I wouldn’t advice using this one in casual conversation.

*In this example, वक़्त and समय are more or less on even ground in terms of frequency of usage, though समय may be more common in some parts of India. But, it’s always good to know terms from both lexicons, so you aren’t blindsided when you hear one or the other in conversation.

*Here, अख़बार is a much more common word for newspaper and it is more often heard in speech. However, समाचार-पत्र can be seen often in print, as Hindi-language newspapers tend to be highly Sanskritized and thus formal in their vocabulary.

An example of a Hindi newspaper, Punjab Kesari. Image by Pk4wp on Wikimedia Commons, licensed under CC BY-SA 3.0.