Portuguese in Hindi (Part 3): A Tale of Trade, Travel and Cultural Tension Posted by Rachael on Jun 26, 2017 in Hindi Language, Uncategorized

Welcome back/आपका स्वागत है (Aapka svaagat hai)/Bem vindo de volta! Parts 1 and 2 of this blog series were devoted to the history of Portuguese rule and presence in India; however, the end goal of this series was to discuss the Portuguese language’s influence on Hindi, which will be addressed in this entry. Although the majority of Portuguese interactions with the subcontinent occurred in South and Central India, where mostly Dravidian languages (Hindi as well as Marathi, with which Portuguese came into extensive contact, are Indo-European languages) are spoken, Portuguese nonetheless had an influence on Hindi as filtered through these Dravidian languages as well as Arabic (remember there were Arab traders competing with the Portuguese to capture the South Indian market). 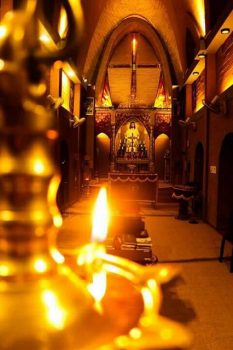 Inside a church in Kochi, Kerala, India; image by Mattancherry Koonan Kurish on Flickr

First of all, it may be helpful to enumerate some of the word categories of which Hindi is primarily composed: 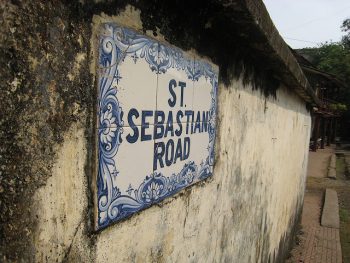 And now, here are some examples of Hindi words that originally came from Portuguese:

I hope you enjoyed this blog series about the many ways in which the Portuguese influenced the culture, history and languages of the subcontinent! One last interesting fact I’ll leave you with is that many of the Hindi words that are misidentified as being of Portuguese origin are actually from Arabic and, to a lesser extent, Persian, indicating the great influence both Arabic and Persian have had on Portuguese as well as Hindi! 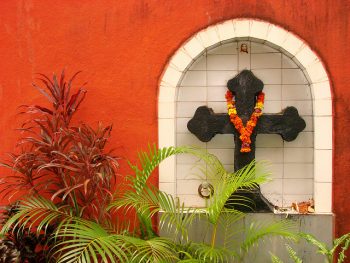 A beautiful blend of Christianity and Hinduism at a Portuguese church in Panaji, Goa, India; image by Adam Jones on Flickr