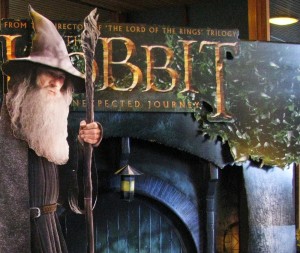 “Well, for example Thorin’s name isn’t really pronounced like that.”

Roughly a week ago we went to see Hobbit, or There and Back Again and the discussion above happened right after the movie was over. We agreed that the movie itself was awesome, but the Icelandic viewers had also been paying attention to the pronunciation of the dwarfs’ names and no wonder, since all of the dwarfs are originally Icelandic in a way!

To explain it better, there’s a part in Völuspá (= völva‘s/seeress’ prophecy) called Dvergatal which, as its name suggests, is all about dwarfs. It lists three dwarf family lines from the start to the end and guess how many of Thorin’s group can be found there? Answer: everyone except for Bilbo Baggins plus Þorin/Thorin himself has actually been thrown together with another dwarf whose name was Eikinskialdi (= Oakenshield). Yes, Gandalf was also a dwarf by origin and his name, Gandálfr is made of the words gandr (= magic staff) and álfr (= elf). Don’t be too confused about the elf-part, dwarfs were called dark-elves in old Norse. The other kind were light-elves, the difference being that one lived below and the other above the ground.

The previous post about the aspirated consonants does not help much here, since English also uses aspiration and that was the main language of the movie. We’re going to have to look elsewhere. 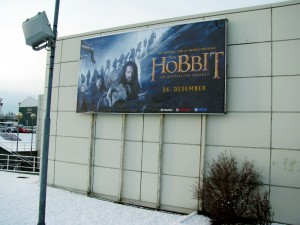 Lately it’s been snowy in Reykjavík.

The difference between the two can be so small that your ears will struggle to catch it, but alas, Icelanders have had their whole lives’ worth of training in this and they have no trouble at all in hearing it. What’s worse is that using the wrong one will confuse them very thoroughly. When you’re used to hearing words being pronounced in a certain way your brain will insist that that’s the only way it will understand it and downright refuse to cooperate, and by now I can usually already tell which part of a word I didn’t say correctly just by the blank look. It’s usually a diphthong.

The most difficult one of them all and they’re both monophthongs. Í is very sharp, like in “feel”, but i is somewhere between that sharp í and an e. It may sound like no big deal but it’s both a very difficult one to get right and also one of the most common causes of someone now understanding what I’m trying to say. However, if you pay attention to it while you speak it will eventually begin to form automatically.

Another couple of monophthongs that are difficult to get right, u sounds similar to the German letter ü, a little bit like the word “you” ends. The ú sounds like the vowel in . EDIT: better words to use as an example would be f.ex. “too”, “who” or “coo”.  Thank you for the correction and the suggestion, Cristina!

It may be that the best option is to go to the Google Translate and listen to both of them there.

Exactly as i and í. No, there’s no difference in pronunciation between i and y, or í and ý. Yes, using the wrong letter in a word may cause the meaning of the word to change completely.

Seriously speaking none of the actors of the movie The Hobbit are making any kind of mispronunciations what so ever. Tolkien wrote in English and even changed the spelling on some of the names to either fit them in theme with another dwarf’s name or to ascertain similar English pronunciation, and complaining that English-speaking people pronounce English text like English might be a tiny little bit on the harsh side! Still, just in case you want to learn a cool party trick or have a serious LotR fever, here’s a guide to how the dwarfs’ names are pronounced in Icelandic – the old Norse ones first and then the later, translated versions (yes, translated from English to Icelandic). Try to listen to the vowels in particular, although this might also help with the previous lesson.

There will be more pronunciation guides to come folks, we’re not done here yet. 😀 Next time you’ll be seeing something else though, since reading only pronunciation guides would quickly become boring, but don’t worry, they’ll come. I’m going to start linking to the previous posts of this series in each entry so that you’ll be able to quickly find all of the ones that I’ve gone through already. 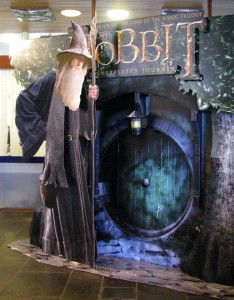 Hello there Gandalfur and welcome to Iceland!