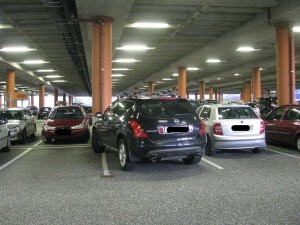 Now for the blog post that some of you may have been waiting for! 😀

In fact the thing that prompted this blog post is that my SO has recently acquired new PS3 games, which means that our home is now filled with a steady stream of “Neiiii!!!” followed by something that would probably turn the air bluer than the Icelandic flag if translated for this blog.

The curse words of Icelandic can be roughly divided in two groups. First group is made of the Icelandic ones some of which are downright ancient, profanities that have existed for ages. Second are loan words from English – you can’t be occupied by the USA from WW2 to 2006 without picking up a thing or two after all. I’m going to pick a few examples of both groups but concentrate more on the first one for obvious reasons (Icelanders pronounce the words in a very similar fashion to the original but they do transliterate them often). 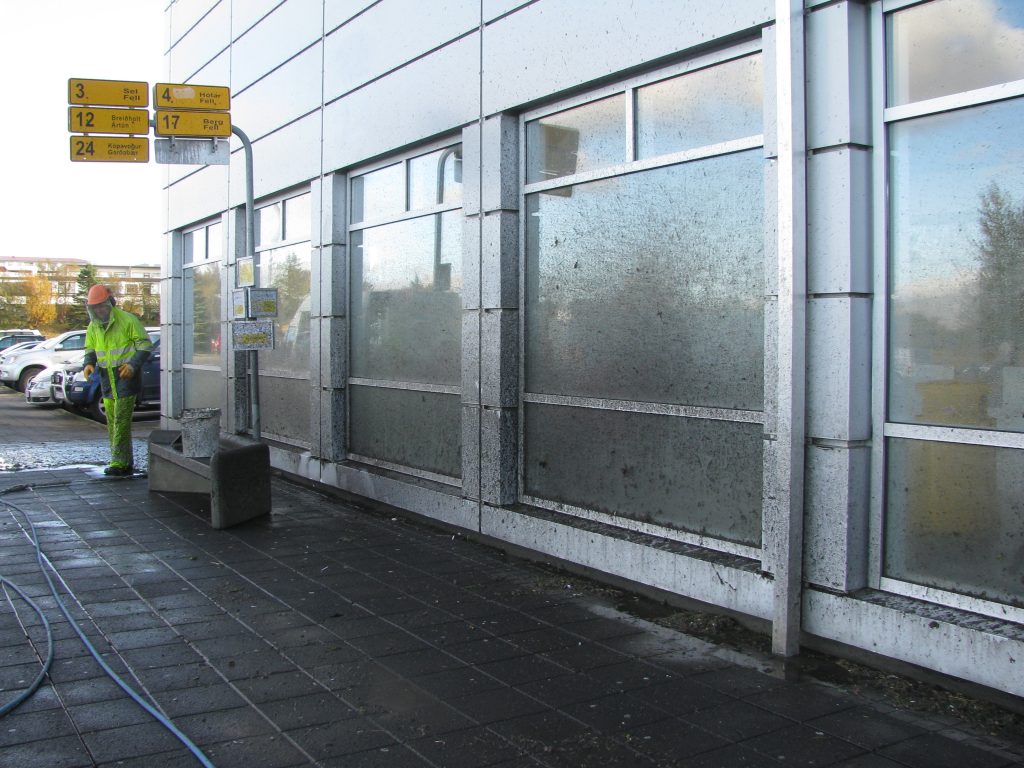 Bjáni: translates roughly as “twit” or “idiot”, most often heard paired with another word – helvítis bjáni to name one example.

Hálfviti/Fáviti: a direct translation for these two would be half-wit/little-wit, in general they both mean “imbecile”. As with bjáni they often get another rude word to go with them – Hvaða helvítis fáviti ertu = What kind of a damned idiot are you?

Asni: this one means an ass. A real donkey I mean (the other kind is called rass). Calling someone an ass in Icelandic could also translate as calling them a moron.

Fífl/fíflingur: two variations of the word “fool”. Somewhat a softer kind of an insult unless you manage a very angry tone to go with it. 😀

Aumingi: the dictionary translates this one as “weakling, wretch; poor fellow”. It can be used to sympathize with someone – “Konur voru drekkt í Drekkingarhyli – aumingja konurnar” (= Women were drowned in the Drowning Pool – poor women*) – or it can be used as an insult, in which case it means “a total loser”. It can be a really scathing thing to say, so use it with caution.

Kúkalabbi: this is my personal favourite. It means “scumbag” but a literal translation would be something closer to “poop on two legs” or “walking poop” (kúka = to poop, að labba = to stroll).

Jólasveinn: this one is a bit difficult to translate. It technically means Santa Claus, but Icelandic ones are not exactly the same – to begin with they’re 13 in number and rather than bringing you presents they come to steal food.  It’s also a softer type of an insult and means a buffoon, dork or a clown. 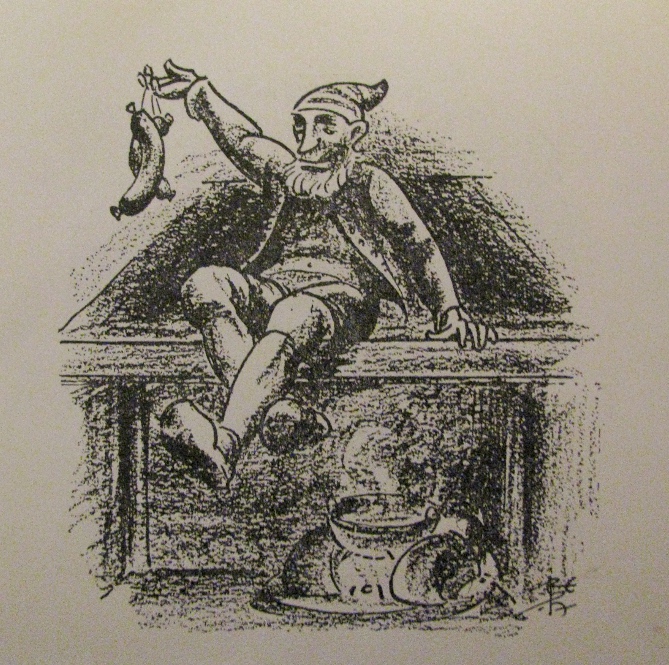 Here’s one Jólasveinn doing what they do best – causing mischief.

Andskoti: the devil. This word can be used on its own – Andskotinn! – but more commonly it defines another word – Andskotins fíflingur!”

Helvíti: hell. Probably does not actually need a translation, since this word exists in quite many languages in a very similar form. Another word for hell is víti, not to be confused with the word viti (= lighthouse). Careful with your pronunciation or your intended profanity will take a step to the cute side**.

Fjandi: the devil. A really old word, shared in a similar form in many of the other Nordic languages with the exception of Finnish. It has a cemented place for those times when you really want to let out a long string of curses – andskotans helvítis fjandans djöfull! Another popular one is farðu til fjandans – go to the devil.

Fokk: an English loan word. During the Kitchenware Revolution a man was spotted holding up a sign that stated, simply and elegantly: Helvítis fokking fokk. The statement became popular instantly – I tried searching flickr with the term “fokking fokk” and found loads of photos of angry Icelanders. Whenever you see some white yogurt-like substance in the air, on Alþingishús or on the policemen it’s likely skyr, a demonstrating Icelander’s favourite weapon. 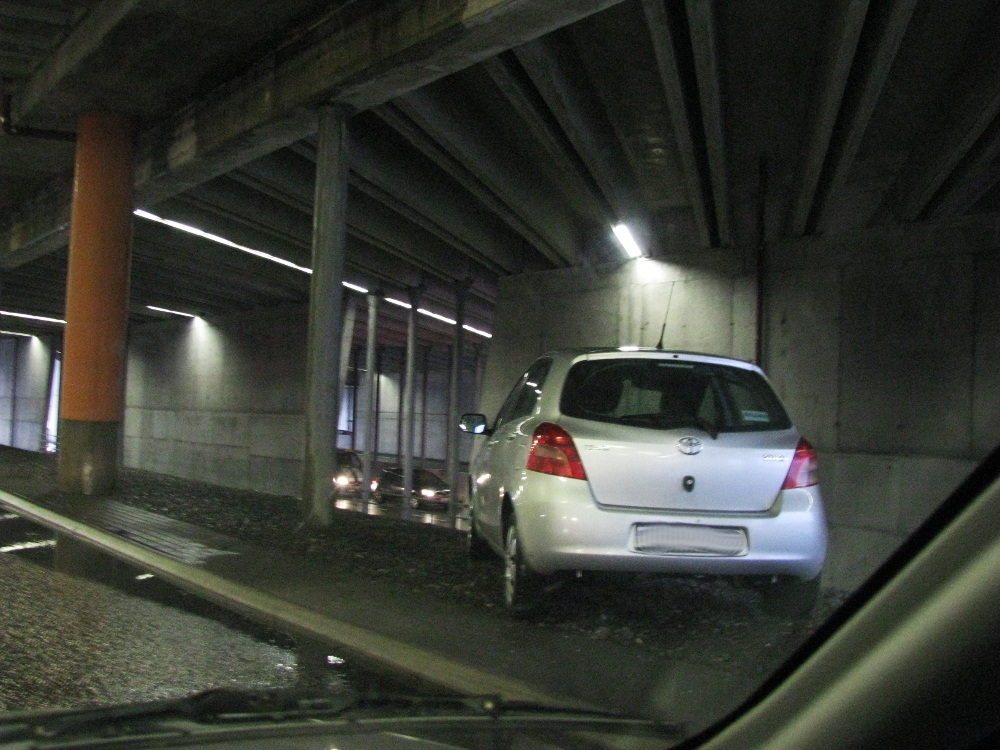 That… is not even inside the parking hall anymore. A little bit further and you’d be on the road that goes under that bridge…

Haltu kjafti: this is a rather rude way of telling someone to be quiet. A literal translation means “hold/keep your mouth (shut)”. Often an “æ” is added in front – æ haltu kjafti (= oh shut up).

Þegiðu: same as above, but sounds a little bit worse. This is a perfect tool for picking drunken fights downtown!

Farðu í rassgat: As you may remember from above, farðu means “go to” and rass means butt, and gat translates as crack, gap or hole. I’m sure you can figure out what this one means. 😉

Ertu að djóka?: are you joking/you are not serious. Another English loanword, just transliterated in an Icelandic way.

Here’s a short pronunciation guide to the most common ones. In the middle of recording this I suddenly realized two things: first of all the door to the room was open and secondly we had just received visitors. Most likely my chances at having people ever take me seriously are now pretty much gone…

*This pool can be found in Þingvellir. Women who were convicted of adultery were drowned in it. When men were to be executed they were either beheaded, hanged or in case of witches, burned alive. An interesting fact is that in Iceland almost all the convicted witches were male, as women were considered mostly unable to perform magic!