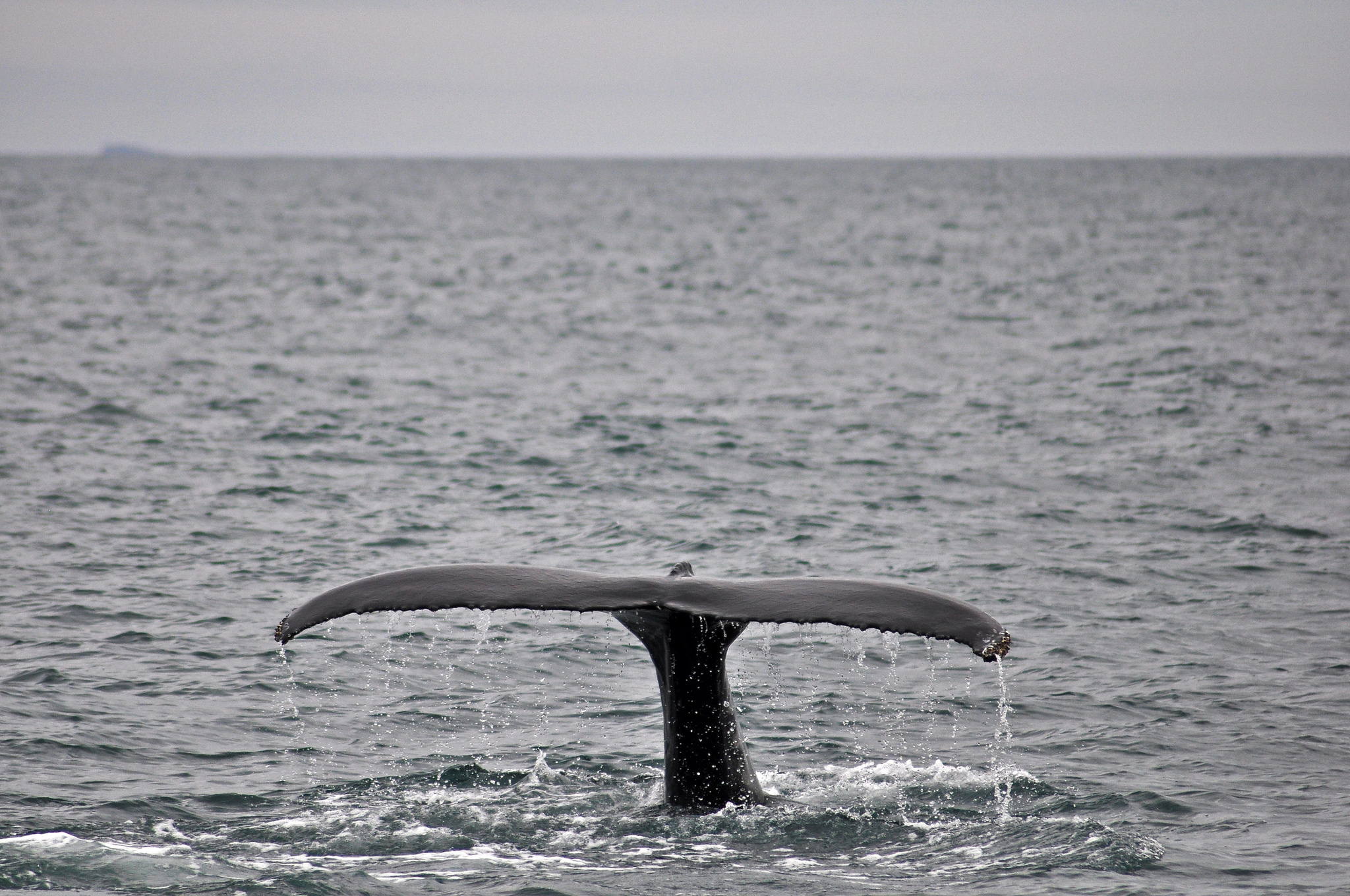 An untitled picture of a whale tail by Jennifer Boyer at Flickr.

Whales are in the news now that one of the biggest whalers of Iceland, Hvalur hf., has announced there won’t be whaling of fin whales this summer due to problems in whale meat exporting to Japan (link). The Icelandic market is so tiny and whale meat is no stable dish here that it simply isn’t profitable enough, although the whaling of the much smaller minke whales will in all likelihood continue. Even if Icelanders aren’t asking for whale steak, tourists are, and this summer will probably see a record amount of travelers. Ironically the other thing tourists are offered a lot are whale watching tours… a friendlier way of getting to know them I’m sure.

The local interest in eating whale meat has indeed diminished and might actually have done so a long time ago had an unfortunate attack against Hvalur not happened in 1986 (link). The sadly famous Sea Shepherd arrived to Iceland then, its crew sunk two Icelandic whaling ships and sabotaged a whaling station, and as this attack was seen as foreign terrorism by the locals it’s said that it may have caused the public opinion to turn positive towards whaling for a long time. 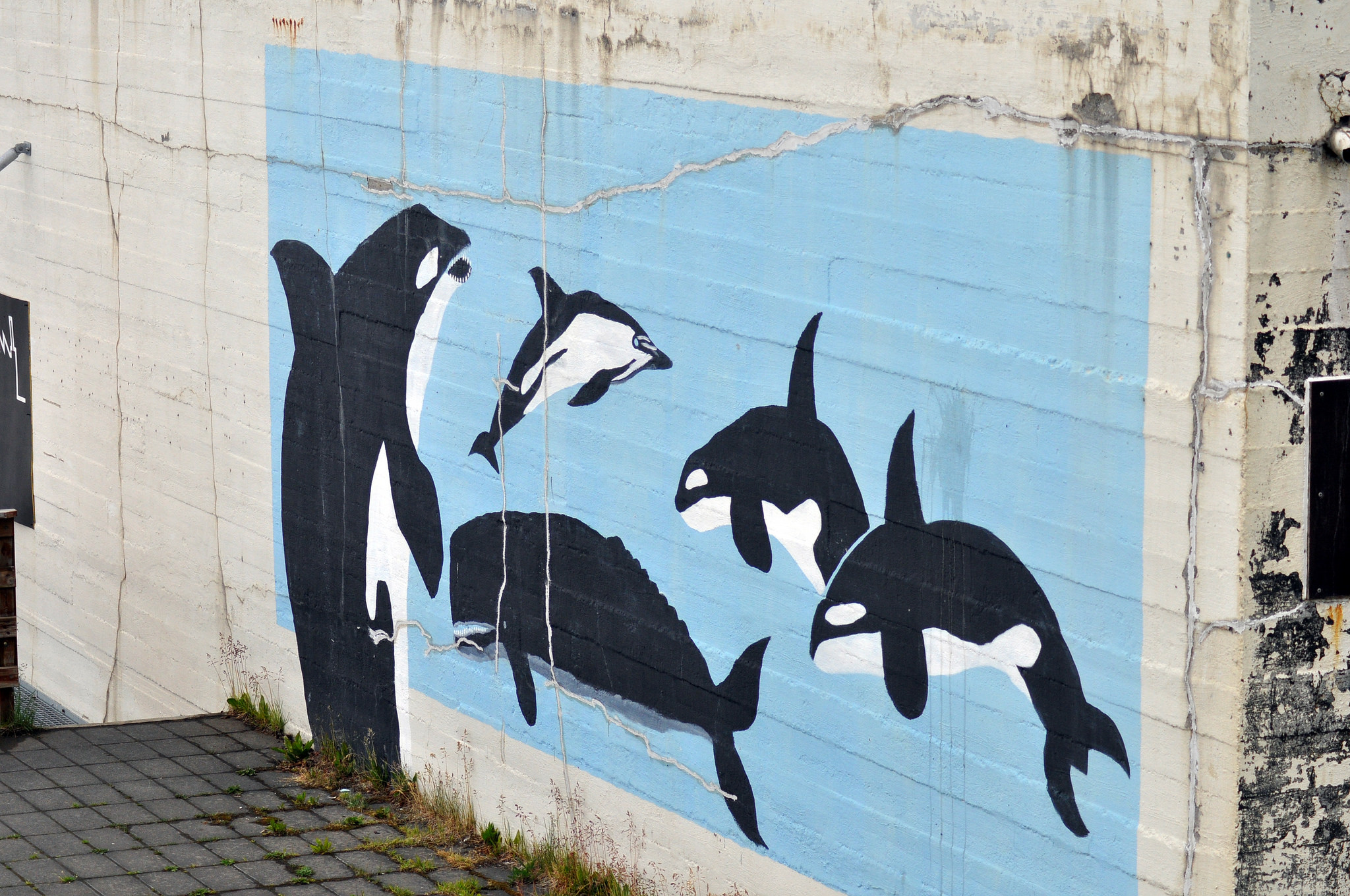 For Icelandic history and culture whales have always been there. In a country where survival was a continuous battle against hunger a beached whale was a massively lucky thing and the carcass would be used in its entirety: first the people whose land the whale had beached upon would go and select the best cuts of the animal, then the nearby people would get the rest. In the end even the bones would be used for various purposes. Ribs could be used to support roofs of houses, pieces of vertebra could be made into chairs. Vertebra pieces could also be used as a support for chopping wood and they were so sturdy that you may still find some ancient ones.

Many smaller objects were made of it as well: all kinds of nails, parts for horses’ mouthpieces, buttons, needles of all kinds… there was no end to the usability of a whale and you’ll likely be able to see some amazing examples in the national museum. You can still occasionally find whale bone items in second hand stores and antique shops, even, and local craftsmen still create f.ex. naglbinding needles out of it. Technically speaking you don’t always need to kill a whale to have a piece of whale bone, so if you see some used f.ex. as garden decoration chances are that the owners did not harpoon the previous owner.

Whales, you see, still beach on the shores of Iceland and since we have quite a lot of shore and very few humans there usually isn’t anything that can be done about it. By the time the whale is found it’s dead already, or it was dead to begin with as it washed up like happened in Seltjarnarnes downtown Reykjavík! You can see the bones here, for a while it was quite a popular sight to take the children to. There’s now another whale corpse in the Snæfellsnes area, the news say today (link). 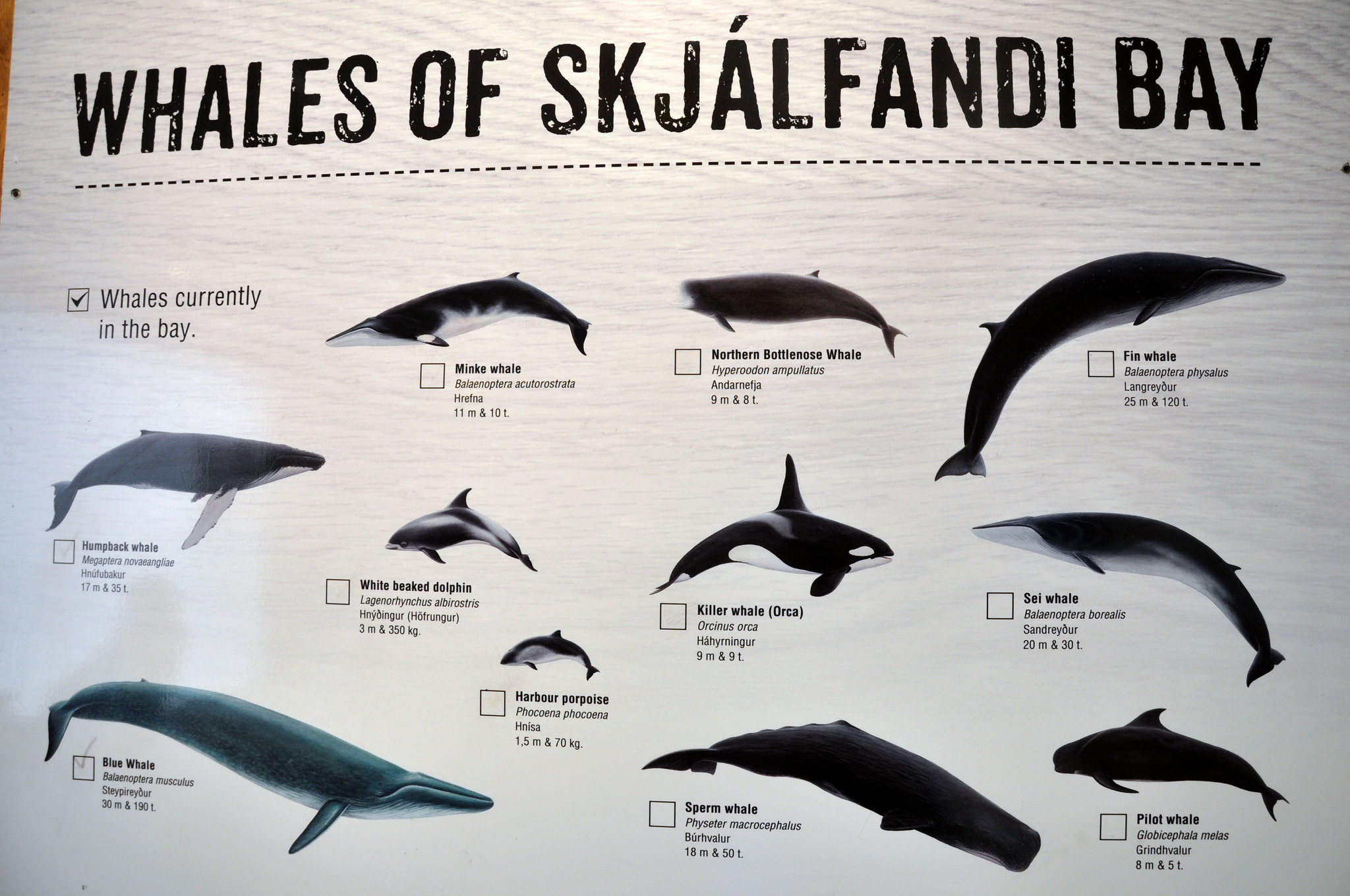 Whale primer in Húsavík by Jennifer Boyer at Flickr.

Let’s have a look at some whale vocabulary!

(By the way, when looking up Icelandic names you may well come across Hrefna as a woman’s name. Medieval Saga fans would know of the name as well since one of Icelandic Sagas’ most famous heroines was Hrefna Ásgeirsdóttir who married Kjartan Ólafsson in Laxdæla saga. Alas, her name does not in fact mean a minke whale though it looks identical, but stems from the name Hrafn – raven.)

There’s also a saying that goes “Fer fiskisaga, flýgur hvalsaga” (= goes as a fish story, flies as a whale story): a small piece of news will blow out of proportion as it goes around.

Hvalreki = beached whale, either literally or, um, the same unkind meaning as English has for it. Also means a strike of luck, like winning a lottery would be a total hvalreki. Stems from the days of past when a beached whale would mean certain food for a long, long time.