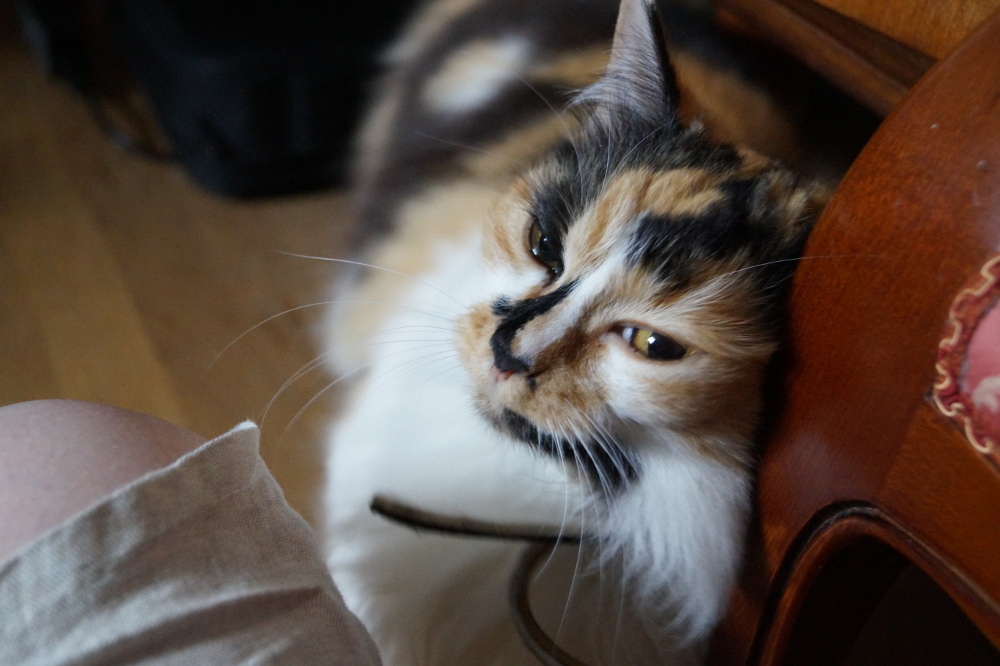 I had been listening to the strange jingling sound coming from our bedroom for a while before I realized what was actually causing it – a neighborhood cat come to visit once again through a window left open. She has grown somewhat of a habit of this over the years although usually she stays outside and only pokes her nose in, but every now and then she decides to pay us a proper visit like this. She’s not a stray, just like the majority of cats you’ll see outdoors, she has a collar with a jingle bell on, is well fed and her fur is shiny. There’s also a reason why cats in Iceland are this brave around people: Iceland could almost be called a cat country by the amount of cats people keep, even people with no animals tend to prefer them to other pets and generally most people treat them kindly. On a typical day downtown it’s not unusual to see someone stop to meow at a cat and bend down to pet it. The cats don’t mind, if anything they seem to enjoy the attention. Our little visitor likes to sit on my lap and rub her face to mine, and of course I’m the only one with cat allergy here… but she’s too cute so I let her.

Icelandic language learners will no doubt learn the word cat among the first ones. Not only because of the cat loving nature of Iceland (getting a dog means jumping over serious hurdles and asking for a permission from the people living in the same building, getting a cat kind of just happens: poof, cat) but because köttur (= cat) is a very irregular one when it comes to declension.

Here’s the singular forms in both indefinite and definite. (Nominative, Accusative, Dative, Genitive.) Note that although the word’s gender is masculine, all cats are köttur.

And here are the plurals. That’s a lot of forms that you’ll have to learn by heart, because the irregular Icelandic words don’t follow usual declension patterns.

Thankfully there’s a shortcut if you cannot remember the correct form. Just say kisa (F) or kisi (M) instead, both mean kitty and there’s no bit surprises in the declension. Kettlingur (= kitten) is useful too! Again, though the words have gender and although maybe technically speaking you could pick the proper one according to the cat you’re meeting, rarely anyone ever bothers with that in real life. If people need to define the gender of the cat they’ll use other words, such as læða (= female cat, although this word can sometimes also mean a tabby), högni or fress (= these two both mean male cat). 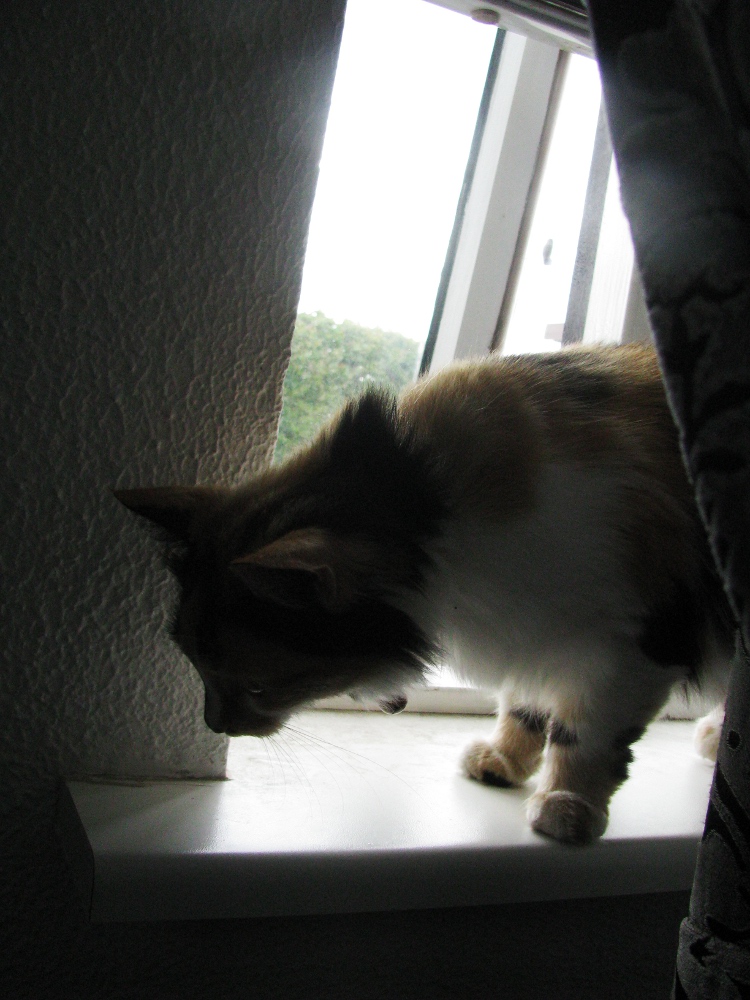 Sadly the cat-friendly culture where many cats can exit and enter their houses at will comes at some costs. They hunt birds and other small animals, use gardens as their sandboxes and occasionally go missing. FB groups like Kattavaktin (= cat watch) are for posting photos and announcements for cats both lost and found (link), and sometimes people even post photos there when they’re not sure if a cat is actually lost or is just hanging around their house in hopes of food.

The bad thing about a cat going missing in Iceland is that even though there are no natural predators that would take a cat they do occasionally get hit by a car or suffer injuries due to the weather and lack of any kind of natural shelter. An abandoned cat doesn’t stand much of a chance in a country as cold as Iceland and the ones brought to cat shelters have often frozen off the tips of their ears or bits of tail. It’s therefore crucial to reunite the lost cats with their owners as soon as possible, but sometimes cats return even after being away for months, sometimes years. It’s so unusual it tends to make the news. 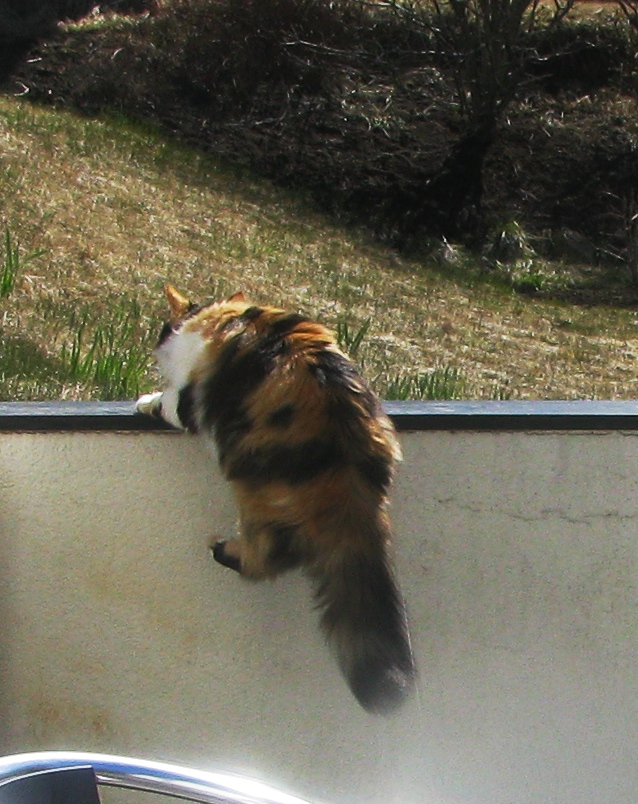 Some more Icelandic cat vocabulary, specifically for talking with cats:

Mjá = meow. Often used as a hello when coming across a cat: mjá-mjá is a typical hello.