Lost in Reykjavík Posted by hulda on Jul 14, 2016 in Icelandic grammar

The tourist season is at its highest peak while July is here and will probably continue to be so to the end of August. Already we see the results at the place I work at, although we’re not in the tourist business by any stretch. Having a business on the ground floor in an area full of hotels means we’re now getting lost tourists visiting us almost every day and do our best to help them find wherever they want to go, or whatever they want to find… or at least I hope we have because certainly an attempt has been made, but just yesterday watching a tourist’s face go blank in that “what in the world is this person talking about?” -way made me realize that there’s a key element missing in the dialogue. 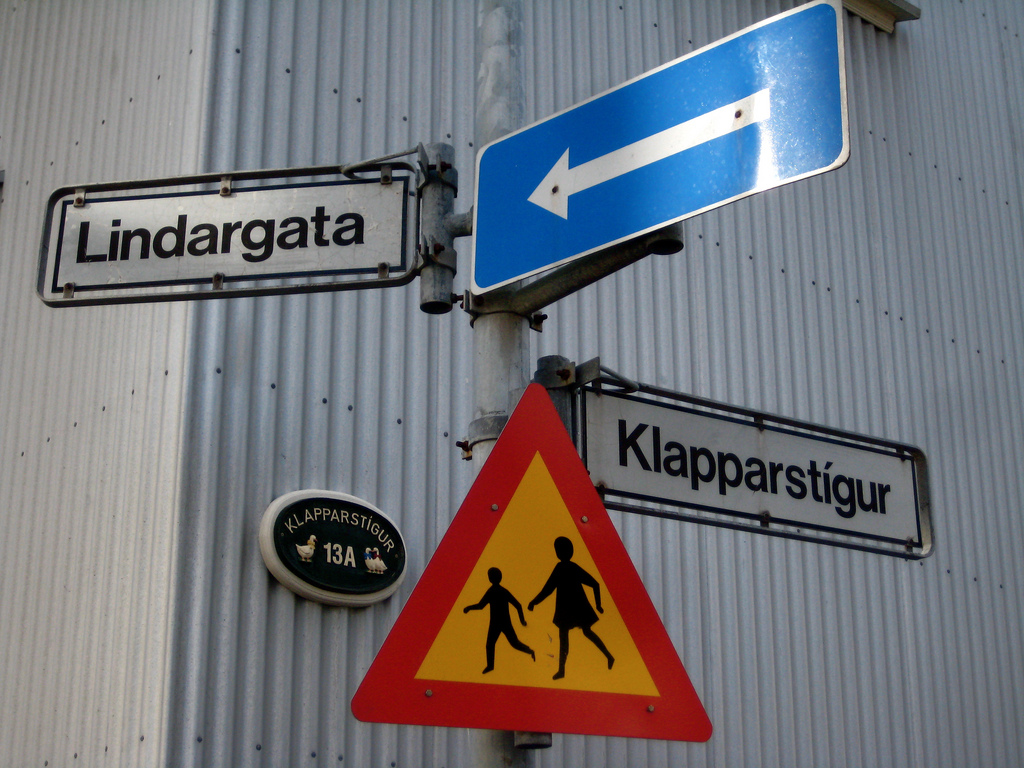 Street names and place names are often pronounced very differently from what you’d expect by reading them. This creates a two-way problem: Icelanders don’t understand where you want to go and the lost tourists get even more confused.

The Icelandic vowels can be treacherous. Just a heads-up if you’re looking for a place with AU-diphthong in its name, the AU is pronounced as ÖI. For vowels Æ seems to be particularly difficult because in Icelandic it’s pronounced as “eye”, but in many other languages it’s an “A like in alley”. Another important thing to remember is that in Icelandic the accents over vowels change the way the vowel is pronounced.

In fact having a situation like the aforementioned Laugavegur episode yesterday was what prompted me to write this blog post. I watched a tourist getting directions and the growing panic on her face made me realize the Icelandic pronunciation sounded nothing like she assumed it would.

How to tackle this: the vowels that have weird, unexpected pronunciation are actually very few so it’s totally possible to just learn them for the trip (link). 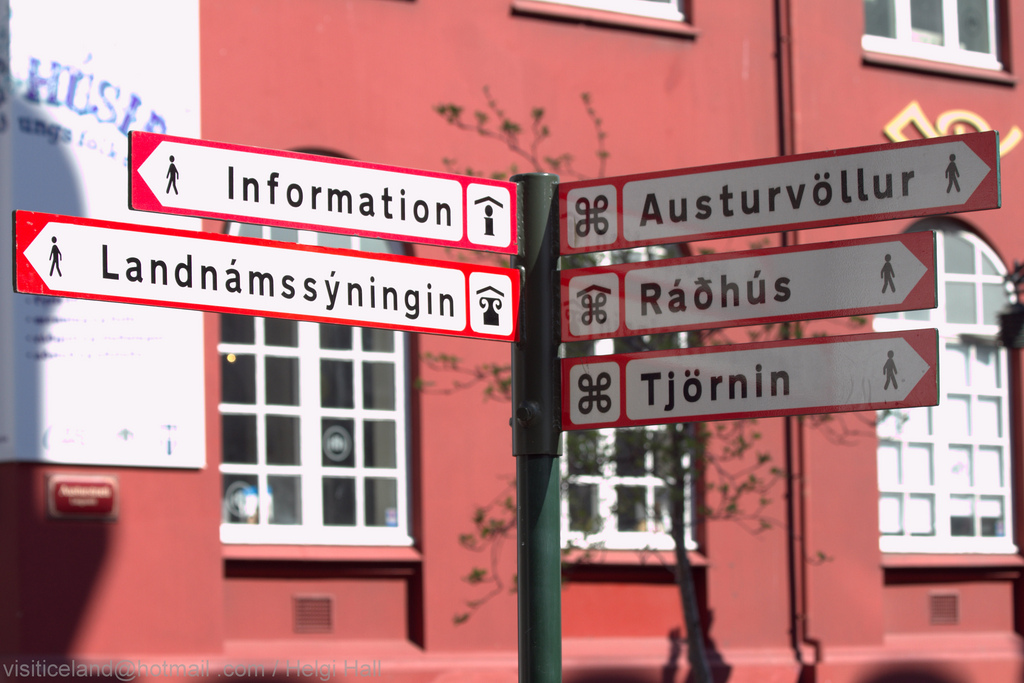 Sometimes Icelandic words can be a horrific consonant mash. End of story, they look just as intimidating as they are and first time wading through long place names was a nightmare I still haven’t forgotten. The person in the above example was me in the year 2010 by the way.

Particularly easy to mispronounce are consonant combos that have “hidden sounds”, like with any word starting with HV. The first sound you’ll hear is not an H – it’s a kHV, a slight k-sound right at the beginning (as if the hv combination alone wasn’t difficult enough). Looking for Hvalfjörður? Listen for kHvalfjörður. In compound words this rule applies to all parts, so Gunnuhver will sound like Gunnukhver.

For the ones that are just plain difficult to wrap your tongue around the good news is that there’s a high chance an Icelander will understand what you’re going for. The LL is known to be difficult, it sounds a bit like tL like in the now infamous Eyjafja(t)llajöku(t)ll. Another difficult one is the rolled R, but that one’s actually so difficult that even some Icelandic people never learn to say it. So don’t sweat about that one.

How to tackle this: keep a map at hand and point to each location you’re asking about. You can also go to Já to look it up, but be warned you’ll have to write the word with Icelandic spelling. 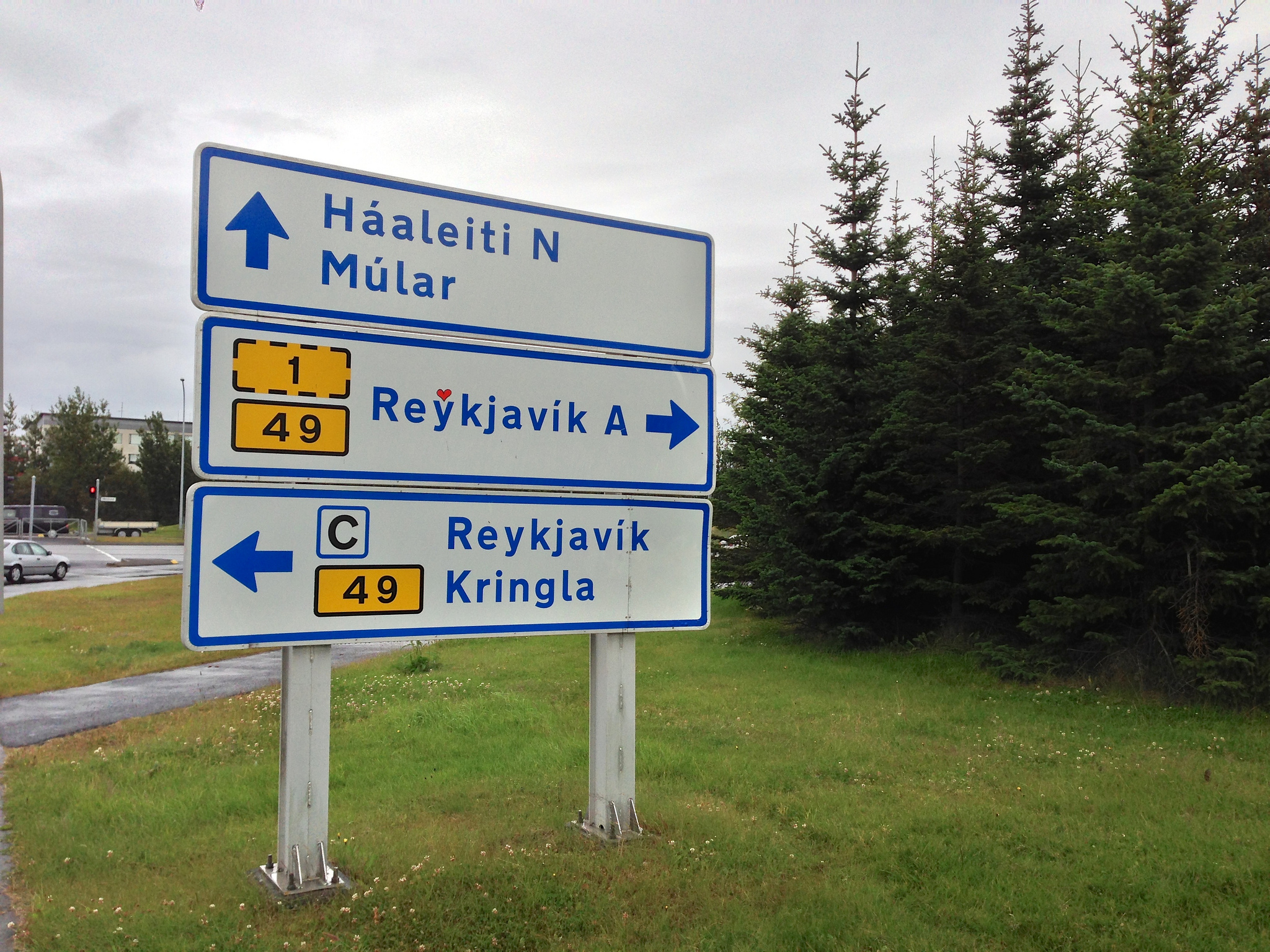 Bad news: there’s no easy, logical rules to how Icelandic is pronounced. Eyjafjallajökull – Snæfellsnes. Hahah think the double-L rule applies to both? NOPE, Eyjafja(t)lajöku(t)l, but Snæfellsnes! Actually there are rules to when some change in pronunciation happens and when it doesn’t, but you know how long it took to teach a group of Icelandic students at the university even the basics of it? A whole semester. It’s way too much workload for anyone simply planning a nice, relaxing holiday on a little island in the middle of the Atlantic.

How to tackle this: Sometimes Icelandic language is just going to confuse you. It’s best to equip yourself with a map, plenty of time and an adventurous spirit and to keep in mind that Reykjavík downtown is a very small area, sooner or later you’ll find what you’re looking for! 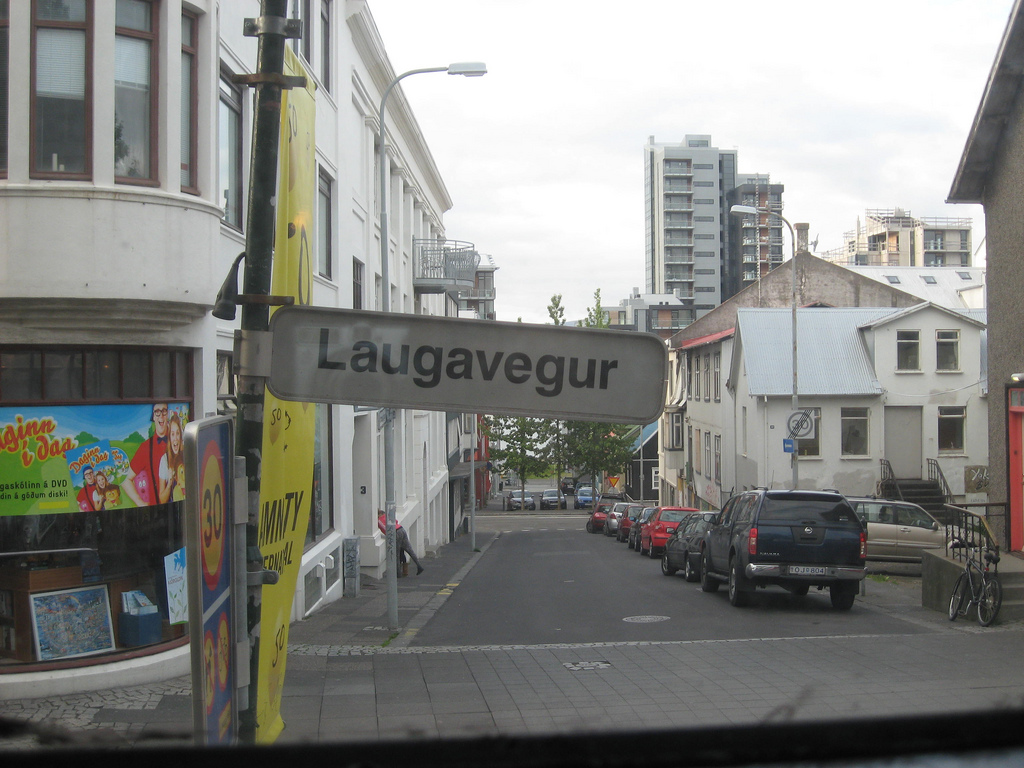