Northern lights can be said to be a stable feature here in Iceland. Every year from late autumn to midwinter is the usual top season, but they’ve been seen as early as August at best and as late as March. The only time of the year they’re not really seen is the part of spring and summer when the sun doesn’t properly set. 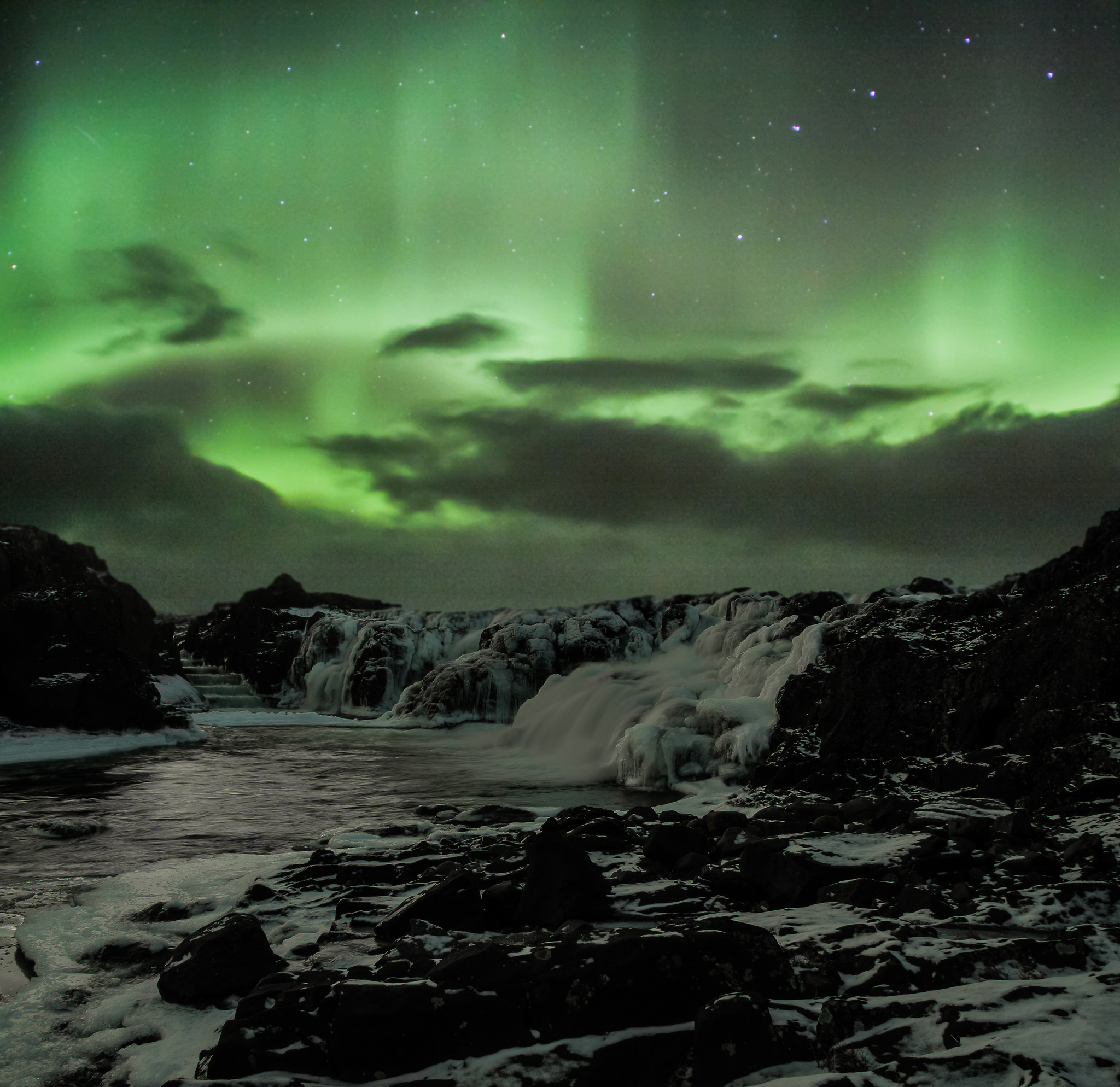 So you wish to see and photograph northern lights during your trip to Iceland? Here’s a little guide on how to do it!

While the dark winter months are the best time for viewing, northern lights don’t adhere to any schedule past that. They’re on when they’re on, so if you wish to see them you’ll just have to take a look outside every now and then. Other things that help are having Icelandic friends on FB, because the moment the Icelandic nature does something unusual Icelanders report it en masse. Yes, we think aurora is unusual despite the fact that we see it every winter. We also think earthquakes are unusual even though this island shakes all the time, storms despite going through several months of them each year, and snowfall, though that, too, is hardly surprising.

Veðurstofa Íslands, our weather forecast site, also has a page for aurora that’s a great help for figuring out when’s a good time to head outside with a camera and a tripod! 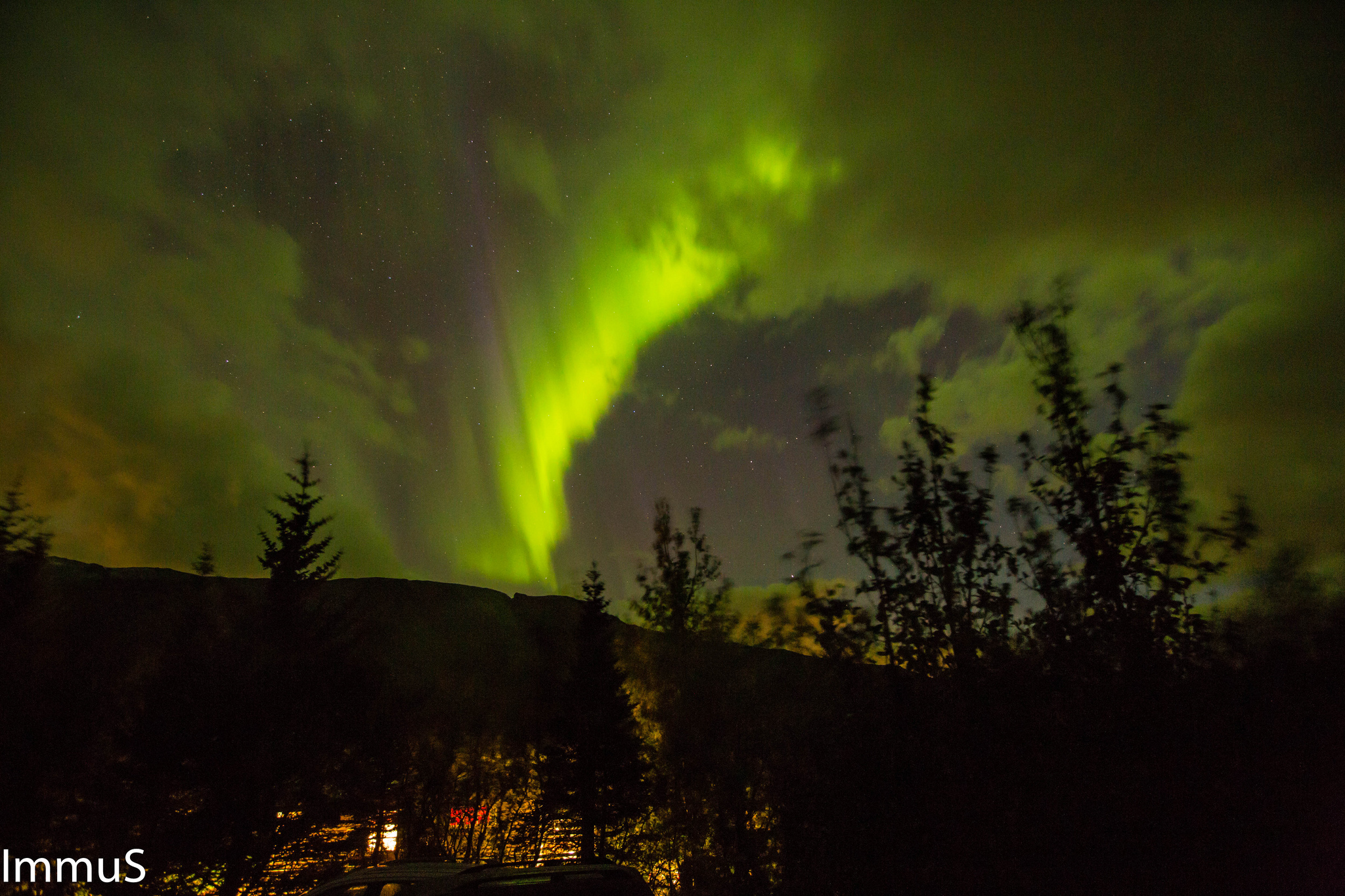 Wear warm clothes. Aurora is seen typically on clear winter nights (the other option is warmer but cloud-covered) and clear winter nights tend to mean very, very cold! You may end up having to wait for the show to begin, or once it does it may take any amount of time, so ditch all thoughts of looking good and really bundle up. Wool socks will be your friend, mittens, nah, two pairs of mittens is recommended. A hat and a heavy scarf, a sweater, long johns… maybe also something warm to drink if you’re planning on sitting on a hill side for longer than fifteen minutes.

A tripod will be necessary for taking good photos of the aurora. You can scout your planned site during the day and try the settings in advance, focusing the camera during daylight is easier than at night. If you have a good view from anywhere near a house (f.ex. a balcony) that’s a definite plus, you can basically set yourself up hours in advance and then just move your tripod + camera outside at the proper moment. 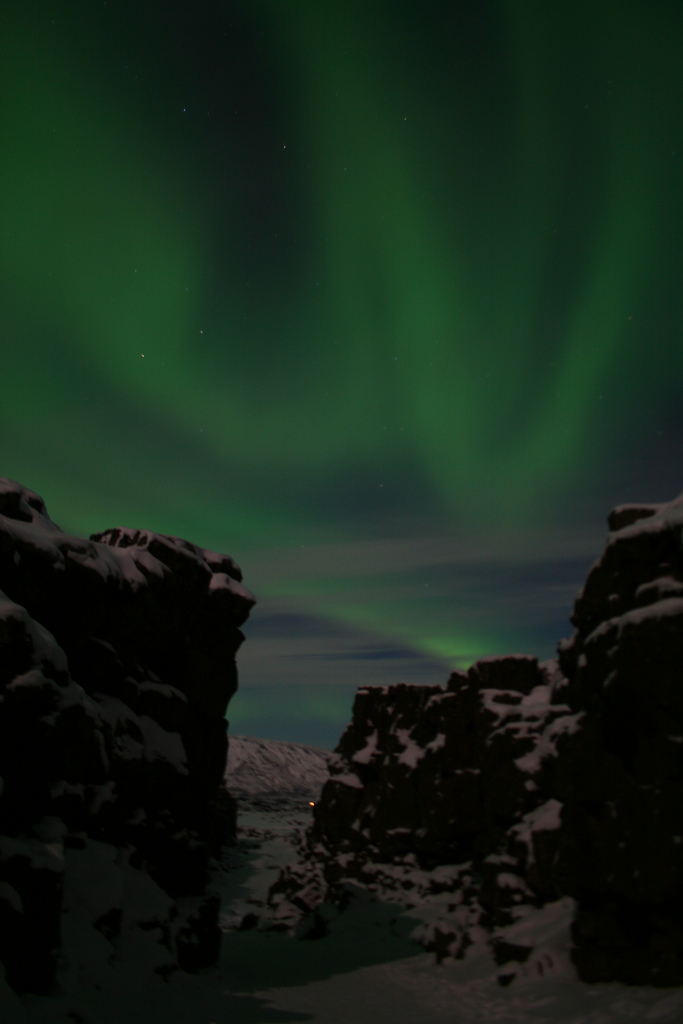 Light pollution is actually not as big of a problem in Iceland as it is elsewhere in the world! Houses here are built low and areas with less light will usually be within walking distance. Yesterday when we were expecting a spectacular show of northern lights the city of Reykjavík even decided to turn off the street lights for a full hour from 10 pm to 11 pm. By the way, it was indeed an amazing show, though it started later than estimated, and lots of really breathtaking photos of it are already all over Facebook.

You can also opt for driving outside of town if you have a car or a friend willing to drive you. On a clear winter night the starry night sky alone is worth seeing in a no-lights area, doubly so if aurora is to be expected. If you plan on this wearing warm clothes will be twice as important, and bringing a snack and something warm to drink will not only be awesome – imagine a picnic under northern lights – but will also help keep you awake, alert and warm. Drive carefully though if you’re not used to driving in Iceland: in the winter a cold night means the roads will be slippery with ice. 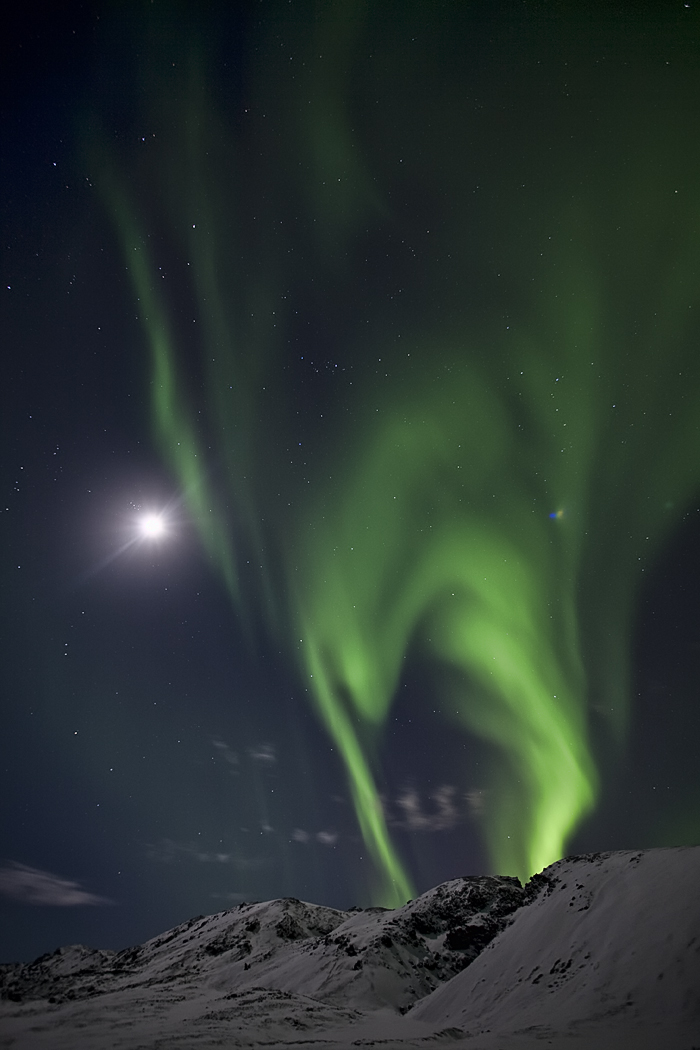