Balinese Dance Posted by sasha on Nov 15, 2017 in Uncategorized

Dance is a huge part of Balinese culture. Known as tarian Bali in Indonesian, Balinese dance is unique, dynamic, and very expressive. There are several different types of Balinese dance, most of which are closely related to Hinduism. If you’re traveling to the Island of the Gods, taking in a dance performance should be high atop your list of things to do. In this post, we’ll take a closer look at some types of Balinese dance with a few photos and videos to give you a better idea of what it looks like.

An Intro to Balinese Dance 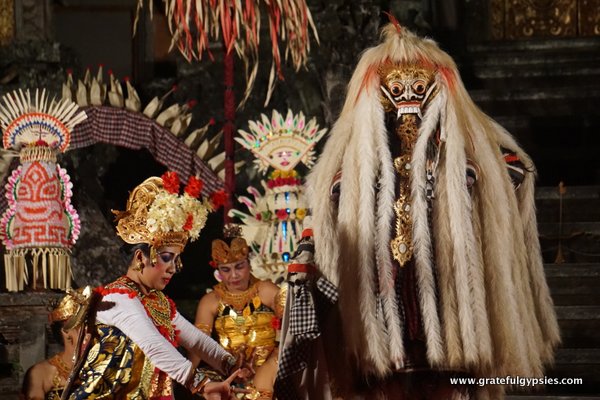 Balinese dance usually tells a dramatic story. Most types of Balinese dance are based on the Hindu epic Ramayana. Central to many stories depicted in Balinese dance is the battle between good and evil. This is usually waged between the demon queen Rangda and the king of spirits Barong. If you’re going to see a performance in Bali, it’s a good idea to read up on the Ramayana and other Hindu stories before going, as you won’t understand the dialogue on stage. 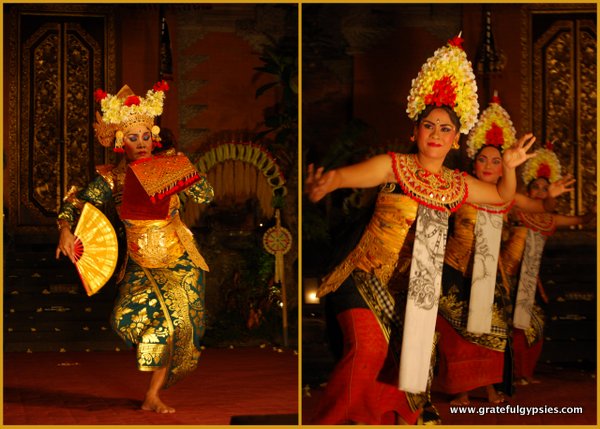 Balinese dance is known for its vibrant, colorful costumes and precise, stylized bodily gestures. The movements are very physically demanding, and there’s a lot of attention to detail in Balinese dance. When you watch the dancers, you’ll be amazed at their ability to balance the bulky, heavy costumes almost effortlessly while they execute the dynamic movements. 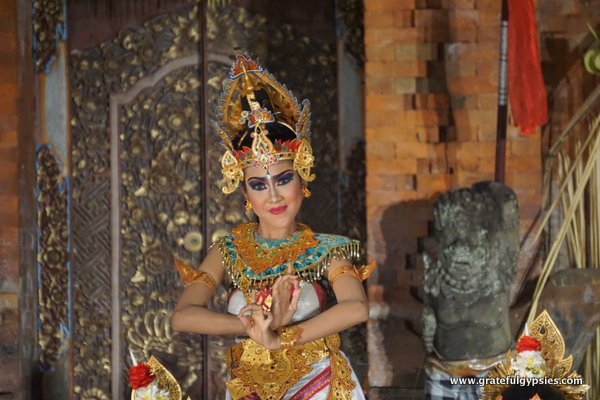 Hands and eyes are used a lot.

While watching a Balinese dance performance, you’ll notice that hand and eye movements are very important. The eye movements – know as seledet – must be done with the eyes wide open and no blinking. There are several different hand and finger gestures, known as mudras. Interestingly, there are more mudras in India than there are in Java or Bali. It’s believed that some of the movements were forgotten as the dance styles moved from India to Indonesia. 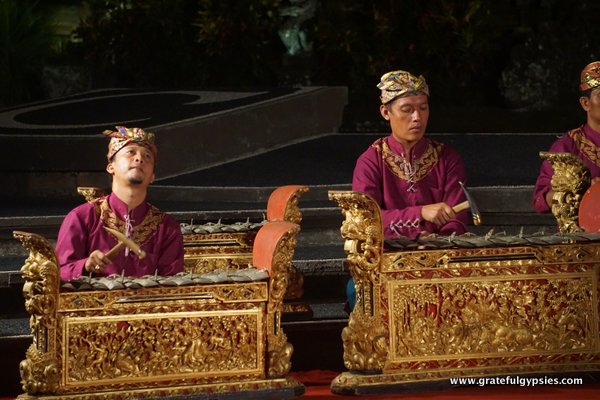 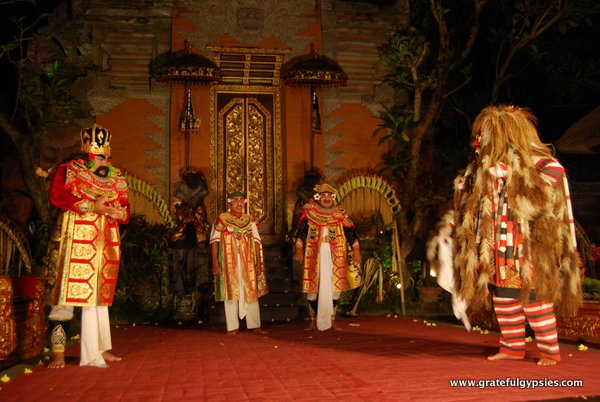 A few years ago, Balinese dance was officially recognized by UNESCO. The famous organization designated nine different types of Balinese dance as intangible cultural heritage. There are three categories that these dances fall into:

In their announcement, Balinese dancers are praised for their skills:

“In addition to being technically-skilled dancers, performers must have charisma, humility and discipline and a special spiritual energy that enlivens the performance.” 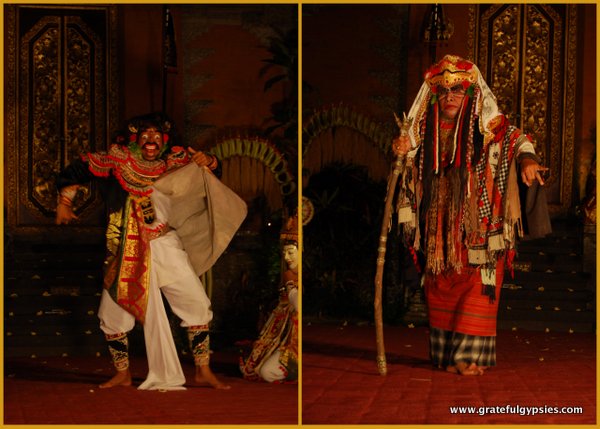 There are several different types of Balinese dance. Here are some of the most notable styles: 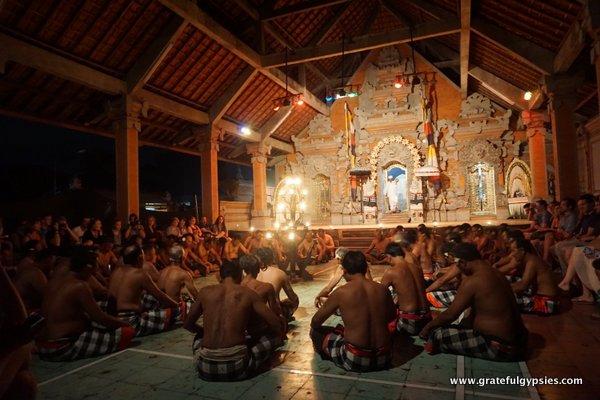 As mentioned above, there’s one type of dance that doesn’t use a gamelan orchestra. In kecak, the dancers are accompanied by a group of upwards of 100 men chanting. 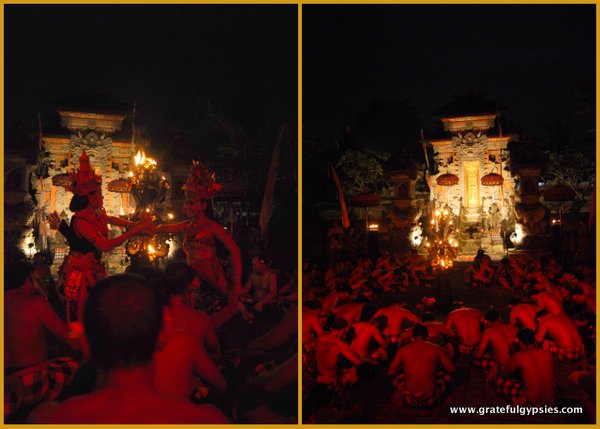 A look at the kecak dance.

This is one of the most popular types of Balinese dance for tourists to see, probably because there’s a fire show at the end. 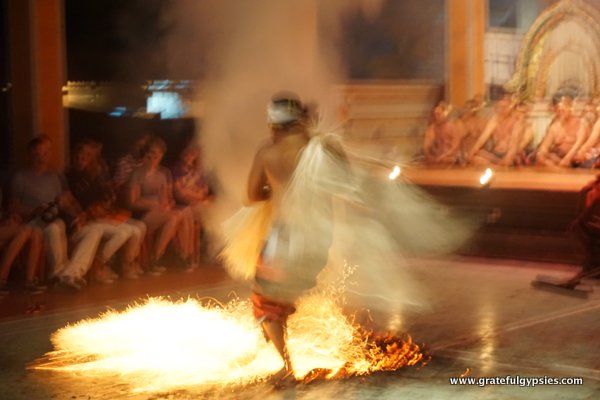 You may recognize the kecak dance from the 1992 film “Baraka.” If you haven’t seen it, definitely add it to your watchlist and check out this clip of the famous Balinese dance:

Where to See Balinese Dance 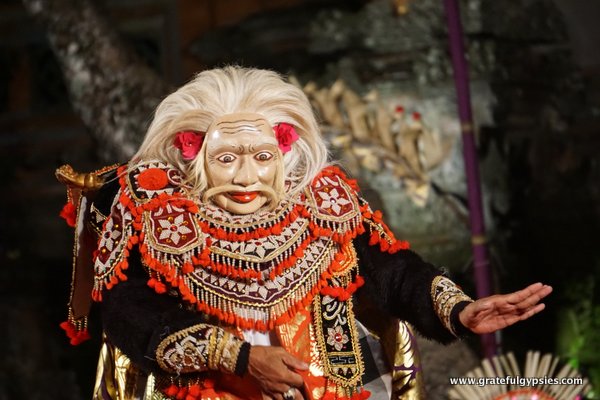 You have tons of choices.

The best place to see Balinese dance is definitely Ubud. In the cultural heart of Bali, there are performances every night of the week in several different venues. You can find the schedule of daily dance performances in Ubud here. 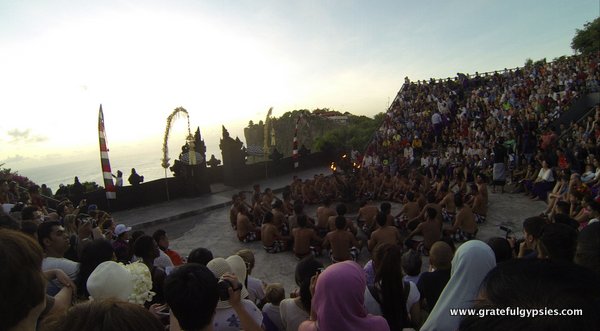 Another great place to see Balinese dance is a Uluwatu Temple, where a kecak performance takes place at sunset. Be sure to get to the temple at least an hour early so you can explore, and beware of the naughty monkeys that are known to snatch sunglasses and phones! See some highlights in this short video:

The amazing kecak dance at Uluwatu. 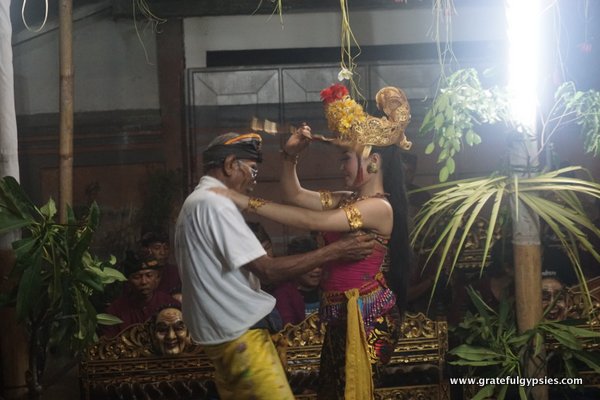 While the dance performances for tourists are great, the best way to really appreciate Balinese dance is at a local ceremony. While we were living in a village on Bali’s east coast, we were welcomed to join a ceremony one night with a dance performance. In the joged dance, the audience members are encouraged to join the dancers. We got a kick out of an older man who jumped up to dance, but I soon stopped giggling when I – the lone male bule in the crowd – was pushed up to dance. Despite my awful attempts at Balinese dance, it was still a memorable experience. 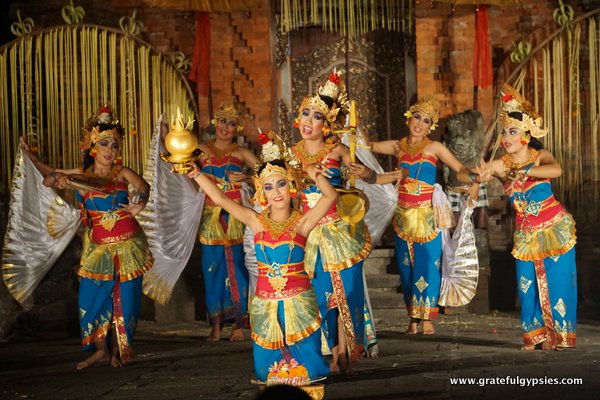 Don’t miss out on Balinese dance!

With its colorful costumes, precise movements, and traditional music, Balinese dance is truly fascinating. If you’d rather be a performer than a spectator, consider applying for the Darmasiswa program. While most of the schools in the program focus on Indonesian language, you can also learn Balinese dance at ISI in Denpasar.