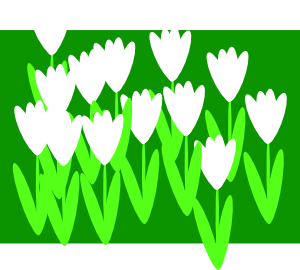 By all accounts now, Spring has finally sprung, on March 20th for this year.  At least astronomically.  Maybe in the next blog we’ll look at two other traditional dates for “Spring”– February 1st and March 1st.  All three calendar systems have their validity.

Meanwhile, how do we say “Spring” in Irish?  And just “le haghaidh an chraic” we’ll also look at the verb “spring, sprang, sprung,” in Irish, although, of course, the “spring/sprung” word play doesn’t carry over from English into Irish.  Puns rarely do!

Let’s start with “Spring” itself, as a season of the year.  Here are its forms and a few sample phrases and related words (I know you’re chomping/champing at the bit for “to vernalize,” right?):

an t-earrach (if lower case) OR “An tEarrach” if using “ceannlitreacha” as in a title, etc.; the spring, The Spring

an earraigh [un YAR-ee], of the spring; teacht an earraigh, the coming of (the) spring

The word “earrach” is probably not used all that often in the plural, but it can be:

na n-earrach, of the springs

We’re quite likely to encounter the word “earrach” in phrases like these though:

san earrach, in the spring

i rith an earraigh, during the spring

And finally, not so much on the beaten track:

cónocht an earraigh, vernal equinox, lit. the equinox of the spring

sciolla earraigh, vernal squill (spring squill), which happens to be “Planda an Chontae” for “Contae an Dúin.”  Now that does open up a lot more future blog topics — county flowers — although so far I’ve only seen them for Northern Ireland.

So that takes care of the basics for “Spring” as a season.  What about “spring, sprang, sprung”?  In English, there is a distant relationship in meaning, because “Spring” is the time of year when plants “spring forth” from the ground.  The same process, though opposite direction, is true for “Fall,” as typically said in America, when leaves “fall” to the ground.  In British and Irish English, one would more likely hear “autumn,” which is from a completely different root.

Irish has several words to indicate a “springing” action:

The past participle is “preabtha.”  In theory, we’d use “preabtha” for “has sprung” (as well as “has hopped,” etc.) but it doesn’t seem all that practical or widespread in this form.  One place we would be likely to see “preabtha” would be “cluiche preabtha” (a bouncing game), but there it really means “a game of bouncing” not “having bounced.”

So, in Irish, if we want to get really “antrapamorfach,” we might say:

And what if we’re really talking about plants springing up from the ground?  Well, hope does spring eternal, and there certainly are phrases for “springing forth,” but to speak from experience, I’ve never heard them applied to “Spring” as a season.  Typical examples, actually referring to plants, would include:

At any rate, one thing is clear from all of this.  While the English phrase “Spring has sprung” has a pleasant, if pithy, poetic touch, it doesn’t work very well to try to translate it literally.  And even if we did, the alliteration would most likely be lost because “Earrach” and “bíog / ling / preab / gob” all come from different roots.  “Earrach” and “eascair” would be a little alliterative, but, not, I think, as effectively as in the “sprung Spring” phrase.  “D’eascair an tEarrach“? Nó “Tá an tEarrach eascartha”?  Well, maybe, but not exactly ringing any bells, “blue-,” “hare-,” “Canterbury” or otherwise.  (Cad iad seo?  Féach na haistriúcháin thíos).

But even if we’re left alliterationless (whoever thought that was a word!), we’ve had a good workout with “earrach, an t-earrach, an tEarrach, an earraigh, srl.” and five different verbs to indicate a springing motion (there are more, never fear!).  Tá súil agam go bhfuil aimsir dheas earraigh agat san áit ina bhfuil tú. SGF – Róislín

Aistriúcháin: Wouldn’t you know it?  Some of the most typical flowers called “bells” in English aren’t called “bells” (cloig / cloganna or even cloigíní, little bells) as such in Irish.  So we have:

coinnle corra, bluebells, wild hyacinth (based on “coinnle,” which means “candles,” not “bells”), ah!, but wait there’s more: cloigíní gorma is another name for “bluebells,” a term which I now see has ten (!) taxonomical synonyms.  No wonder it’s confusing.  And then, of course, there’s “An Cloigín Gorm,” (Bluebell, the Dublin suburb), but why is that named for just one flower?  Or is it?  Maybe there was once a small blue bell (an actual “clog” or bell) of historic significance.  Or does the one “cloigín” (flower) symbolize many flowers?  An bhfuil a fhios agaibh, a Bhaile Átha Cliathacha?  For that matter, I wonder why the various other places in the world named “Bluebell” are singular: Bluebell, Utah (2010 population: 293), the fictional Bluebell in “Hart of Dixie,” and Blue Bell, Pennsylvania.  Ábhar blag eile?

plúráin chloigneacha, Canterbury bells (literally “bell-type little flower” or “belled” little flower,” so the “bell” idea is there, just as an adjective); at any rate, the concept is not “Canterburian” in Irish

Pronunciation tip:  Although “clog” (bell, clock) may look like an English word, that’s a coincidence.  The pronunciation is slightly different.  The Irish “clog” is pronounced more like “clugg”  (close to English, “to lug” or “to hug), with the short “o” of Irish “pota” or “obair.”   For the English word “clog,” I’d use “klahgg” as a pronunciation guide, the same whether it’s “clogged drains” or “wooden clogs.”  In Irish, the vowel sound changes for “cloigín” because of the “i” — it’s more like “KLIGG-een.”