Four Ways to Say ‘Star-Spangled’ in Irish (plus ‘star’ in general — réalta) Posted by róislín on Jul 4, 2014 in Irish Language 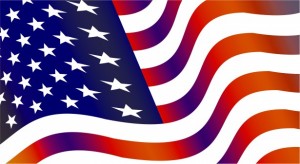 It seems like such a specific term, but there at least four ways to say “star-spangled” in Irish.  A timely phrase for this time of year (Lá na Saoirse) in the United States.

Let’s start with the ‘star” part, since that’s the basis of all of the terms that follow, and also probably the most broadly applicable in daily life.  ‘Cos what else do we really describe as being ‘spangled’?

réalta, star (sometimes the singular is given as “réalt,” which seems more in line with typical Irish noun endings, but so be it — “réalta” always “looks” plural to me, by analogy with “scéalta” and “néalta.”   It is what it is, as they say, or a bit less succinctly, in Irish, “Is é an rud atá ann atá ann“),

réaltaí, stars.  That’s the standard plural these days.  “Réaltana” was also used at one time.

réalta dhíchineálach — gotta love a term like that!  Try to figure it out and if no luck, the “aistriúchán” is “thíos”

But if you’re looking for “dwarf star,” there’s no lenition, because it’s a compound word, with “réalta ” as the second element: abhacréalta

Now having said all that, the word “réalta” sometimes does appear as just “réalt,” with <get ready>, “réalta” as the plural.  Which means we often have to look at context to see what’s what.  But, ní ionadh é sin, we have the same situation with other words in Irish, like “apple,” which is “úll, plural: úlla” in standard Irish, but “úlla, plural úllaí” in Cois Fhairrge Irish.  Maybe it’s no worse than dealing with “sheep / sheep” and “deer / deer” in English.  We have to look at context.

The word “réalta” can take an adjective ending, to become “réaltach” (starry).  There’s also “reannach” (starry) in Irish, for those who want to exhaust all possibilities, but it’s not used as much as “réaltach,” i mo thaithí féin, ar a laghad.

“Réaltach” becomes the basis of “geal-réaltach,” lit. bright-starred, which is in the following phrase, from the American national anthem:

an bhratach gheal-réaltach, lit.  the brightly starred flag (not “spangled” as such), or very literally, the flag bright-starry

The hyphenation is not typical today, but it does help show the two parts of the compound word.

“Geal,” the first part of the compound word, means “bright.”

And for our second choice:

This compound word is based on “réalt-” (star-) as we’ve already discussed and “breac” (speckled, spotted, or in some American vernacular, “brackled;” “breac” also means “trout” in Irish, naturally enough).

Although the phrase, an bhratach gheal-réaltach has probably now been immortalized in the Irish version of the song, “The Star-Spangled Banner,” there is at least one other alternative phrase, using “réaltbhreac“:

And fourth, and finally (at least for today’s blog):

And how about “spangled” on its own?  Or bespangled?  Seo an briathar:

to spangle (not that it’s a word I use all that often, especially transitively; maybe “bespangled” from time to time): breacadh le spaglainní, lit. to dot or speckle with spangles

And finally, so maybe a fifth alternative, there’s a somewhat obscure word, ‘scragallach,’ meaning ‘spangled,’ which could be made into a compound word:

This is based on another word for “spangle,” scragall, which also means “thin leaf of gold or silver foil” (gold foil, silver foil)

But somehow, “réaltscragallach” doesn’t have much aesthetic appeal to me, as words go.  And a quick Google search shows no results at all for this word, so I think the opinion is probably general.

And what exactly is a ‘spangle’?  Apparently the same as a sequin, aka paillette.

If it weren’t for that fact that we’ve already got four good choices above, we could play with the word “seacain” (or variant: séacain) in Irish.  Any guesses as to what this noun means?  Leid: it’s an indirect adaptation from the Italian word zecchino via French and then English, to reach Irish.  As far as I know, despite their torques (toirc) and penannular brooches (dealga neasfháinneacha), the ancient Irish didn’t have “seacainí” as such.

Now, after all of this discussion of starriness and spangledness (a word?), perhaps you’re chomping (or champing) at the bit to actually sing the one song that actually contains this phrase, especially given the time of year (i Meiriceá, ar a laghad).  Seo véarsa a haon, and if you want the other three verses, in Irish, you’ll find them at the links at the end of this article, with glossaries AND pronunciation guides.  Not that we usually sing the 2nd, 3rd, or 4th verses, of “The Star-spangled Banner,” fiú i mBéarla, but it’s always interesting to check them out:

And if you’re wondering which is the super-high note, it’s the “-gach” of “na gcrógach” (of the brave).  The Irish word order is reversed, so we have “the land (tír) of the brave and the land (talamh) of the free.”  Why?  So “saor” at the end can rhyme with “go síor” (eternally, still).  Saoirse fhileata!

Gluais: ann [ahn OR own as in “town” or “gown”], in “it” (with “it” as existence), in existence, in him, in it; ar a laghad [“laghad” rhymes with English “side” or “tide”]; fiú, even; saoirse [SEER-shuh], freedom, and now a popular name for girls as well, as in Saoirse Ronan and Saoirse Roisin Hill (daughter of Courtney Kennedy and Paul Hill)

And some further background information:

https://blogs.transparent.com/irish/which-came-first-o-sagt-konnt-ihr-sehen-o-abair-an-leir-dhuit-aue-sei-e-vaai/ (30 Meitheamh 2012; a chronology of translations of The Star-Spangled Banner into eleven languages, starting in 1861 and coming up to the 21st century.  The languages include some major world languages (Gearmáinis, Spáinnis, m. sh.) to some with far fewer speakers (Samóis, O’odham, Navachóis, srl.)

P.S. 5 Iúil 2014: No sooner did I ponder what might be described as “spangled,” besides the star-spangled banner, than I stumbled on one major example of the word (in English): the great spangled fritillary (butterfly).  But, so far, at least, I don’t see any official Irish term for them.  “Fritillary” is “fritileán” and “great” would probably be “mór.”  Barúil ar bith ag duine ar bith agaibh do “spangled” sa chás seo?