Giant’s Causeway – Clochán an Aifir Posted by Bridgette on Oct 15, 2021 in Culture

Giant’s Causeway, or Clochán an Aifir in Irish, is a UNESCO World Heritage Site in County Antrim of Northern Ireland. It consists of around 40,000 interlocking basalt columns, forming about 4 miles along the coast. They look like jutting hexagonal stepping stones extending from the cliff to underneath the sea.

Scientists say that Clochán an Aifir was formed about 50 to 60 million years ago from a volcanic fissure eruption. Lava cooled as it approached the sea, and pressure formed them into the shapes we see today.

Of course, Irish folklore has a different story as to how this beautiful landscape came about- and it involves giants (hence the name.) 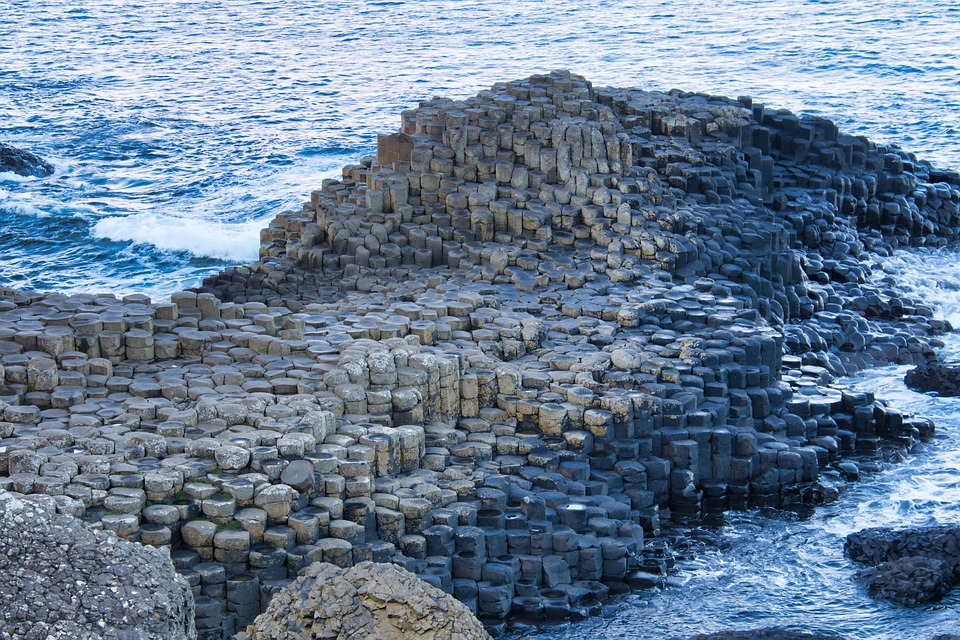 Fionn mac Cumhaill (Finn MacCool) was an Irish giant who was challenged to a dual by the Scottish giant Benandonner for the claim to Ireland. According to the legend, Fionn built the causeway so that the two giants could meet, throwing rocks into the sea. (There are identical basalt columns across the sea at at Fingal’s Cave on the Scottish isle of Staffa.)

Fionn quickly realized that Benandonner was bigger and stronger than he, so he would need to con him in order to beat him. He retreated home to his wife who disguised him as a baby. When Benandonner came looking for him he was tricked in believing the giant baby was Fionn’s son, therefore meaning that Fionn himself must be exceptionally large for a giant. Benandonner ran home to Scotland in fear, leaving behind his boot as he ran, as well as breaking up the causeway between Scotland and Ireland so Fionn couldn’t pursue him. 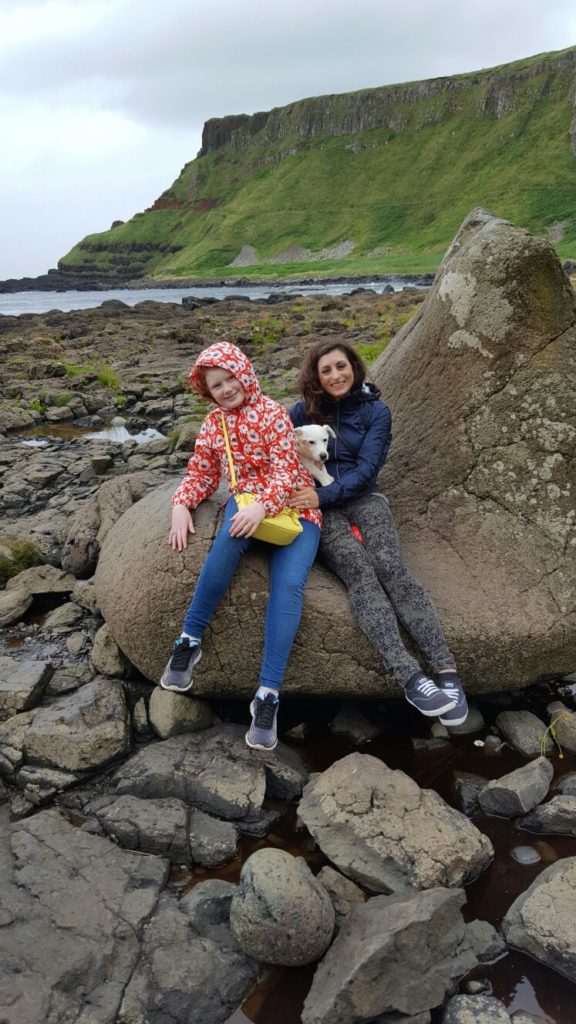 On Benandonner’s boot at the Giant’s Causeway. Photo belonging to me.

Fionn in Old Irish means “white, bright, lustrous; fair, light-hued (of complexion, hair, etc.); fair, handsome, bright, blessed; in moral sense, fair, just, true”. He is described as being a giant himself in the Giant’s Causeway legend, but in others he is simply a hero with supernatural abilities. His warrior followers are called the Fianna.

The Fenian Cycle, or Fiannaíocht, are bodies of prose, some written by Oisín (Fionn’s son) telling of the life of the mythical Fionn mac Cumhaill and the Fianna. It is one of the four main cycles of Irish mythology, the others being the Mythological Cycle, the Ulster Cycle, and the Historical Cycle.

Click here to read Acallam na Senórach, or Tales of the Elders of Ireland, from the Fenian Cycle. (Text is in Irish) It is the most important text of the Fenian Cycle, and the longest surviving work of medieval Irish literature.