Saying “Stepgrandmother” and “Stepgrandfather” in Irish Posted by róislín on Oct 29, 2016 in Irish Language 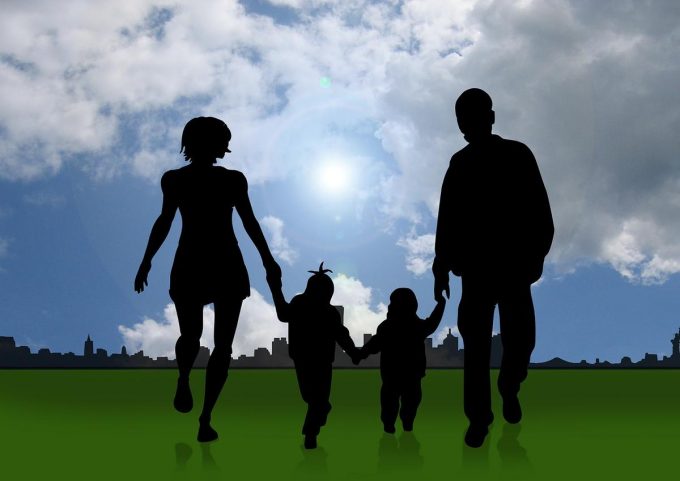 While we’re working on kinship terms and words for family members (seanathair, seanmháthair, srl.), it could be helpful to look at “step-” relationships, especially since they are so prevalent these days.

The basic scenario is pretty straightforward — we use the prefix “leas-” in front of the noun.  It has many other meanings besides “step-,” which we’ll look at soon in another blogpost.  You might recognize some already, as in “leasainm” and “leasuachtarán” (“Leas-Uachtarán,” leis an bhfleiscín, má bhíonn ceannlitreacha ann).  More on úsáidí an fhocail “leas-“ in another blogpost.

Let’s start with step-parents, and then we’ll look at the somewhat intriguing situation for step-grandparents.   Eventually we’ll look at stepsiblings, and some less commonly used terms.

For “stepmother,” we add “leas-” to “máthair,” giving us “leasmháthair.”   Notice that the “m” of “máthair” becomes “mh,” pronounced like a “w” or a “v.”    This is the standard process of “lenition” or “séimhiú” in Irish; for anyone quite new to Irish, you can find many more references (204, le bheith cruinn, ar an lá ar scríobhadh seo) to it if you use the search box for this blog, and it’s widely discussed in every Irish textbook I’ve ever seen.

For “stepfather,” we add “leas-” to “athair,” giving us “leasathair. ”  There’s no lenition (séimhiú) here because the root word, “athair,” starts with a vowel and vowels don’t get lenited.

For stepgrandparents, the situation gets a little more complicated.  For starters, let me say that I have virtually never seen or heard the following forms in everyday usage.  I’ve found a handful of examples online, but so far, I haven’t found any of these in dictionaries (and I’ve checked back through all the major ones of the last hundred years).

leas-seanmháthair:  I’ve found a total of two uses of this online.   Note that the fleiscín is used because the prefix “leas-” ends with “-s” and the next prefix, “sean-,” begins with the same letter.

So far I’ve found no examples online of combining the other two choices, “máthair chríonna” and “máthair mhór” with the prefix “leas-.”  It seems like it could be done, but I find no evidence of it.

leas-seanathair: so far I’ve found one use of this online, and it’s in the genitive case (leas-seanathar, meaning “of a/the stepgrandfather), on the website www.citizensinformation.ie, dealing with prerequisites for marriage.

And , as with “grandmother,” I’ve found no “step-” combinations for “athair críonna” or “athair mór.”

For the more familiar forms, like “Mamó” and “Daideo” (or “Deaideo” or “Dadó“),  I’ve found the following (again – nothing in my searches in dictionaries or recollections from textbooks or literature)

leas-Mhamó (“step-grandma”): two interesting uses, one in response to a recent online request for how to say “stepgrandmother” (nasc thíos) and one in a song from Aisteoirí Bulfin’s LaraeDó (nasc thíos).  Interesting also that the person making the online request said she was becoming a stepgrandmother (which might trigger using “seanmháthair” as the base), but her request was for something for the child to call her, so the responder, logically enough, used the familiar form, based on “mamó.”

For “Daideo” and its variations, “Deaideo” and “Dadó,” I haven’t found any combinations with “leas-.”

Admittedly, I haven’t checked every possible variation of these yet, like “leas-seanmháthar” or  “leasmhamónna” or “leas-seanaithreacha” yet, but I think the pattern is clear — that stepgrandparent terms are not widely represented in Irish.  My guess, though, is that it’s a relatively recent concept in English as well, at least as far as having its own word, although the family relationship has probably existed for eons.

Bhuel, sin é do bhlagmhír an lae inniu.  An chéad uair eile, cúpla coiscéim eile (a couple of other steps) toward understanding  and naming  leasghaolta (step-relationships) in Irish.  SGF  — Róislín