Which Celtic Language Has 5 Words for ‘Hamster’ (Leid: Ní hí an Ghaeilge í!)? Posted by róislín on Jan 28, 2016 in Irish Language 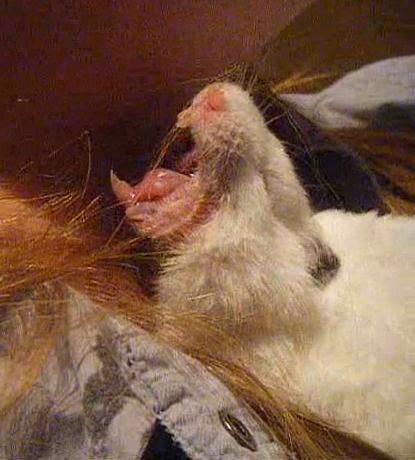 Bhuel, as the title of this blog post suggests, Irish isn’t the Celtic language that has five words for ‘hamster.’   Or as “an leid” in the title said, “Ní hí an Ghaeilge í.”

In fact, we can take care of the Irish word for ‘hamster’ quite tidily:

hamstar, a hamster.  Note that the one concession to Irish spelling is the change from “-ster” to “-star.”  And why do we bother with that?  The ever-present “vowel harmony” rules (caol le caol agus leathan le leathan).   For a bit more on vowel harmony, féach an nóta thíos. 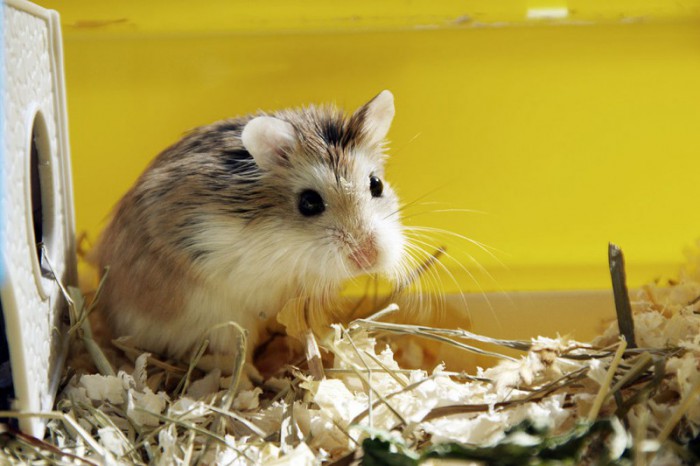 1) bochdew (boch, leiceann + tew, ramhar).  I don’t think there’s a single word in Irish with the exact equivalent meaning, but since Irish allows for the creation of a lot of compound words, I’d say we could improvise with “*ramharleicneachán”

Nóta: If we left the “e” in the final syllable of “hamster,” it would break the vowel harmony rules for Irish, since “e” is slender (caol) and “a” is broad (leathan).  Vowel harmony should probably be a post unto itself, but for now, suffice it to say that, in Irish, if you have broad vowel (a, o, u) on one side of consonant, you have to have another broad vowel on the other side of the consonant, not an “e” or an “i” since “e” and “i” are considered “slender.”  Prominent exceptions include “anseo” and “ansin,” but then, they used to be two separate words, so the rule didn’t apply.  Ar aon chaoi, there’s always an “eisceacht” to make the “riail.”

2) bochog (plucach, / full-cheeked).  The Welsh and Irish words are primarily adjectives, so we might consider this as meaning “full-cheeked one.”

Needless to say, the Welsh word “cod” (bag, etc.) has no relation to the codfish, which is “penfras” in Welsh (lit. fat-head, large-head, or greasy-head — hmm, and how are we supposed to interpret that?).  Not that “cod” is the most basic word for “bag” in Welsh–in my experience, at any rate, that would be ‘bag‘ (pl: bagiau, my bag: fy mhag, a.y.y.b)

The only thing I can find out about the history of the word “codlyg” is that it shows up in D. S. Evans’ An English and Welsh Dictionary (1858).  Relatively early for talking about hamsters, it seems to me, but, then, maybe the term was presumed to mean wild hamsters.  Actually … are there wild hamsters?  It seems like a bit of an oxymoron, but I suppose that must be the origin somehow.  Now that I think of it, I wonder when people started keeping hamsters for pets.  Hmmm, taighde do lá na coise tinne.

Getting back to “cod” part of “codlyg,” it is interesting to note, that much like Welsh, the Old English language had a word “codd” for a “bag,” “pouch,” or, ermm, baglike male anatomical part, which led to, yes, “codpiece.”  Now, lo and behold, I have been speaking Irish and Welsh for years and never needed the word “codpiece,” so I decided to look it up in both languages.

For Welsh, we have “copis” (basically “codpiece” without the “d” sound in the middle, I assume) and another word “balog,” which can also mean “a flap,” although a mere flap, I think, would not offer quite the same degree of “protection” for the contents of the codpiece.   In case you were wondering, Welsh “copis” doesn’t mean “coppice” (thicket of small trees, etc.); the Welsh for that is “coedlan.”  Remember, in terms of language connections, not all that looks like a cognate is a cognate.

As for Irish, I’ve just checked about a dozen dictionaries, new and old, and can find neither hide nor hair of a word for “codpiece.”  I imagine one could use “cochaillín,” which can have a range of meanings (small cloak, small hood, small bag, small trawl-net–if there is such a thing, small cowl, small pod, small husk, small cupule, which is actually already somewhat diminutive, and, finally, if talking about animals, small scrotum).  But that’s all still a bit speculative since I haven’t noticed the use of “cochaillín” in a context where it could mean “codpiece.”

If anyone reading this does know the Irish word for “codpiece,” please do write in and let us all know.  We’re waiting with bated breath (but not holding said breath)!

Anyway, considering “cochaillín” for “codpiece,” makes me all the gladder that I chose “clóicín” for Clóicín Dearg, my translation of Little Red Riding Hood (Cincinnati: Another Language Press, 2001, ISBN: 1922852553).

What’s the deal with “clóicín” vs. “cochaillín“?  When I was working on the translation, I thought it was problematic enough that “cochaillín,” the other possible choice for the “little hood” part of “Little Red Riding Hood,” could also mean “a small spit of phlegm” (based on “cochaille,” a spit of phlegm).  If we understand “cochaillín” as derived from “cochall,” then, yes, it would mean “a small hooded cloak” but if we derive it from “cochaille,” then it means “a small spit of phlegm.”  And now we have third, if somewhat out-of-context translation for “cochaillín” (codpiece), which casts a whole new dimension to the story.  Linguistic wonders never cease

“Clóicín,” on the other hand, pretty much just means “little cloak.”

Of course, we’re always supposed to understand language in context but …, bhuel, suimiúil!

Well, that footnote turned out to be almost as long as this blog post itself, but, I hope that it will at least lead to us finding the Irish word for ‘codpiece.’