Given its ancient and varied history it almost goes without saying that the Italian Peninsula abounds in fascinating myths and legends. We unknowingly stumbled upon one of these a few years back whilst exploring what has since become our favourite location on the nearby Ligurian coast, the picturesque, but isolated village of Tellaro and its surrounds. 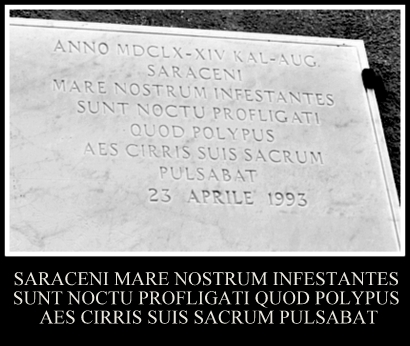 Serena’s background in archaeology and her wealth of historical knowledge often comes in handy when we’re visiting new locations in Italy. She has a particular penchant for trying to translate Latin inscriptions. Hence it was that one such inscription on the colourful Chiesa di San Giorgio (Saint George’s Church) in Tellaro came under her scrutiny and immediately grabbed her imagination. It wasn’t until recently though that she chanced upon an article in a local magazine which explained in more detail the significance of this inscription. 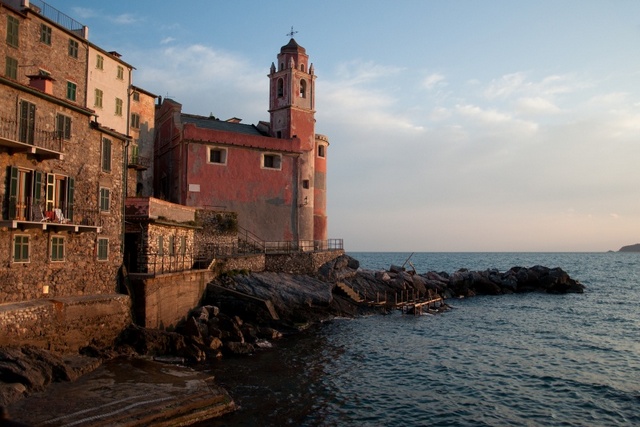 The Chiesa di San Giorgio, built in the 16th century upon a spur of rock jutting out into the Ligurian sea, was, as is so often the case, far more than just a place of worship. In the 1600’s, Tellaro was effectively a roccaforte (stronghold) protecting the wealthy village of Barbazzano, whose fortunes were built upon the production of high quality olive oil. Due to its wealth it often became a target for the Saracen pirates.
Tellaro’s defence was mainly based upon its strategic location amongst steep cliffs and the resulting difficulty in landing upon the nearby shores. But it also had an extremely effective alarm system which was provided by San Giorgio’s campanile (bell tower).

In case of attack, the lookout would ring the bells, thereby warning the villagers to take up the defence. Due to the difficulty of landing upon the shore when the sea was rough, attacks were far more likely to take place during periods of fair weather.
But one dark and stormy night (as all good tales begin) the people of Tellaro slept soundly in the knowledge that the tempestuous seas would protect them, or so they thought. 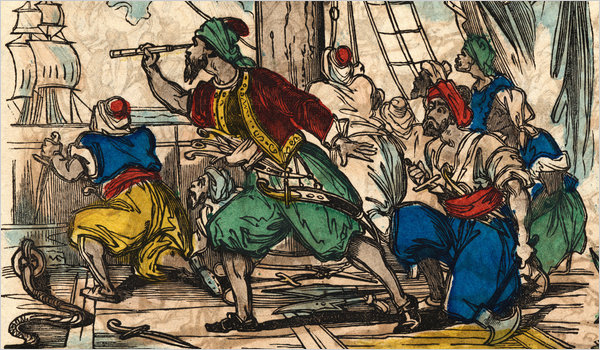 The Saraceni, however, had different ideas. The inclement weather provided a perfect opportunity for a surprise attack. But as their ship came in close to the shore, and the pirates prepared to disembark the church bells suddenly began to clang aloud, the people leapt from their beds, and the pirates fled. 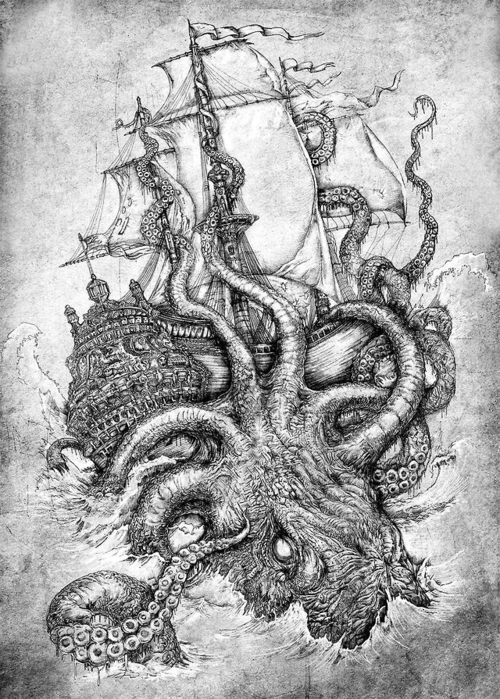 Who had given the alarm? It appears that a huge octopus had arisen from the sea and, twisting its tentacles around the bell ropes, had rung the bells with all its might.
Tellaro was saved, and since that day the mighty octopus who resides beneath the campanile has become the symbol of the village. This fabulous legend is celebrated every August in La Sagra del Polpo.

Now, who’d like to have a go at explaining the etymology of the Latin word POLYPUS?