Le Paludi d’Italia Posted by Serena on Mar 6, 2011 in Uncategorized

These words, written by Gabriele d’Annunzio in 1879, portray the hatred and disgust felt by people at that time for the paludi. Hardly surprising when you consider that malaria, carried by the zanzara anofele which bred in those very marshes, killed around 5,000 people a year.

Add to this the so called ‘fame di terra’ (hunger for agricultural land) and it’s easy to understand why, during the Ottocento (1800’s) tens of thousands of hectares were drained and transformed into cultivated fields, thereby destroying their delicate and complex ecosystems.

During the years of Fascism, under Mussolini, further large scale bonifiche (making good/healthy) of the paludi were carried out. Mussolini employed workers, mainly from the north of Italy, to clear and drain the marshlands, paying them with parcels of land to be used for agricultural purposes.

At the end of WWII, the allied forces arrived with DDT to eradicate malaria, and its insidious carrier, the anopheles mosquito. After the war, and the large scale reconstruction which took place during 1950’s, Italy’s industrial revolution got under way, and vast numbers of people began to abandon the land drawn by the promise of a ‘better’ life in the big northern cities or all’estero (abroad).

These factors caused a loss of interest in the draining and cultivating of remaining marshlands, and then in the 1970’s new studies in ecology began to demonstrate the importance of wetlands in the regulation of the climate, the reproduction of aquatic life, and the migratory habits of millions of birds.

Today, thanks to Italy’s adherence to the Ramsar Convention, which was signed in 1971 in order to defend the world’s zone umide, almost all of our nation’s wetlands are protected, and left to play their natural role in the wonderful miracle of life on earth. 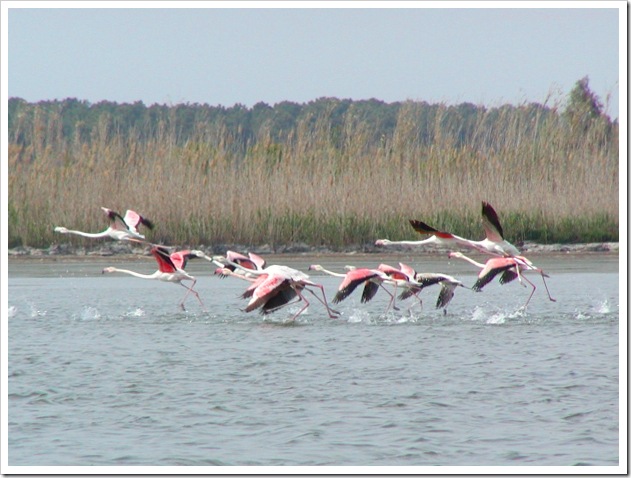