Oggi tocca a me (today it’s my turn) to choose my favourite articles written by Geoff during 2015. Not an easy task at all, as there’s so much to choose from! However, after a lot of pondering here’s my list in no particular order:

Tourists, Beware Of What You Wear

This blog was a great April fool’s joke which tricked many readers. Geoff spent hours getting this post looking authentic and searching for the most appropriate photos! The post was based on the two favourite games that we often play when we travel around touristy Italian cities: “Spot the tourists” and “Fine the badly dressed tourists” (which involves deciding on a monetary penalty that befits how badly dressed they are). Yes, we are merciless towards certain tourists who feel obliged to wear a tacky tourist’s outfit when they go on holiday!

Learning Italian: The Back To Front Language!

This post reminds me of the many hours me and Geoff have spent discussing the ‘back to frontness’ of our two mother tongues. Here, Geoff  expresses his point of view as someone who’s had to come to terms with a back to front (compared to English) language, but deep down we all know the truth, don’t we? English is the real back to front language, and Italian is ‘correct’, non è vero? 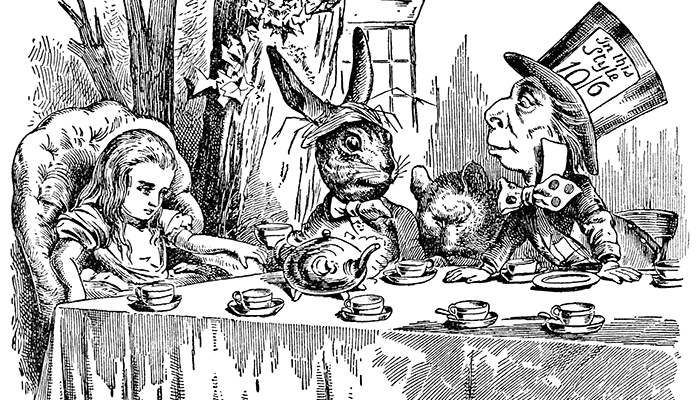 ‘Take some more tea,’ the March Hare said to Alice, very earnestly. ‘I’ve had nothing yet,’ Alice replied in an offended tone, ‘so I can’t take more.’

A Nice Cuppa In Piazza

I love this article because it reminds me of the long hot summer we had last year (I almost wrote ‘enjoyed’, but I didn’t want to offend Geoff’s sensitivity on the subject), after several not so good summers. However, what I like most is the fact that it shows Geoff’s cult for his cup of tea, and his dream that every English person makes tea the way he taught Donatella to make it. But in fact, every time we go back to England to visit his family and friends, the reality is quite different: a cheapo teabag is tossed in a tannin encrusted mug with some hot water, quickly stirred and hastily removed after about 10 seconds before it turns into tar. Finally, it comes served with some kind of whitish water pretending to be ‘healthy’ low fat milk. Sorry Geoff!

Now How Do You Say That in Italian?

So much laughter and so many tears are linked to this post. The birth of Amber’s four kittens was a great event for us and brought a lot of joy in our lives. But this joy was soon to be followed by great pain as in less than a month we lost the two little girls, Bianca and Patch, to ill fate. Hopefully the two boys, Cannella and Sandy, who were adopted by two different families, are still well.

How could I not list this post amongst my top 5? It all began with a simple post which I wrote about buying shoes in Italy. When Geoff edited it, he added an unexpected ending, sparking off the intriguing story of Carmela. Come on Geoff, we want more! Forza, Amore!