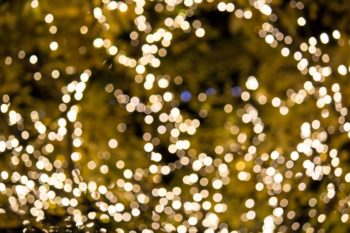 Image by PublicDomainPictures from Pixabay

I have talked about kanji in the last blog.  Today, I will talk about kirakira names (キラキラネーム).  So what are kirakira names?  They are names that sparkle, shine, and twinkle.  Most of them are very unusual – parents come up with sounds or rhythms they like, and apply kanji that may not relate to the sound at all but have special meanings.  Here are some examples.

I found it fun trying to figure out those names, but you can never guess!  According to Wikipedia, the Japanese Civil Code (民法 pinpo) has no regulation regarding naming.  If you want to use kanji, you can use 2136 kanji characters listed on the Common-Use kanji list (常用漢字表  joyo kanji hyo), and 863 kanji designated for names.  You can mix them as you like.  Parents are not required to list yomigana (読み仮名 how to pronounce) of the given name in the Family Register (戸籍 koseki). So you can read kanji whatever way you want.

So how many names can you read?

Children may enjoy their own kirakira names, but as they get older, many struggle with their names.  Sometimes they are bullied (いじめられる ijimerareru) because of the name, and they may not be taken seriously at job interviews (面接 mensetsu).  Some have been told that their  kirakira name was a reason for not being selected for a job.  Company officials in charge of hiring said, anonymously (匿名で tokumeide), that they would definitely choose a candidate with a regular name over a candidate with a kirakira name if the credentials were similar.  But why?

People think that parents of a child with a kirakira name lack common sense (常識 joshiki). That is, of course, the stereotype and lacks any foundational proof.  And parents should have nothing to do with the child’s ability to work.  But those who were in charge of hiring anonymously expressed their negative feeling toward kirakira names.  According to them, they were concerned that their corporate clients would think that the companies lack the common sense to hire people with kirakira names.

As a result, some children with kirakira name change their names legally (法的に houtekini) when they grow up.  While others are proud of (誇りを持つ hokori o motsu) their unique names.  I once had a student with a kirakira name.  As I got to know the student, I asked the student – has your name been positive or negative?  The student said that it was positive as people remembered the student.

The popularity of kirakira names is diminishing. As digitalization is finally coming to Japan, the government is considering adding yomigana (読み仮名 how to read/pronounce) in the Family Register. Lack of digitalization was widely manifested (明らかになる akirakani naru) in Pandemic Japan.  There is strong opposition to limit the freedom of naming for the convenience of the government.

All fads (流行 ryukou) have an ending. It is reported that the popular names in 2021 so far are unisex names, one-kanji names, and hiragana names.  Names inspired by animes, athletes, and entertainers have been somewhat popular all the time, and names inspired by kimetsu no Yeiba characters have been popular since 2020. Shiwashiwa names (シワシワネームwrinkled names), referring to traditional (伝統的な dentoutekina) old names as directly opposed to kirakira names, have become popular by parents who oppose kirakira names, and those who believe that the traditional names are beneficial for (有利な yuurina) getting a job.  Also, traditional names have a feeling of being “retro”.

Names reflect (反映する haneisuru) society.  Sometimes, we can assume the approximate age of a person from the name.  I learned my name has a characteristic of the shiwashiwa name.  So now, I have a trendy name!