개천절 (the national Foundation Day) and 한글날 (the Hangeul Proclamation Day) are the two holidays that are usually in October. Interestingly, one of the most celebrated Korean holidays 추석 (Chuseok) falls on October 4th in 2017. Therefore, 개천절, 한글날,  and 추석  are the three official holidays in October 2017. 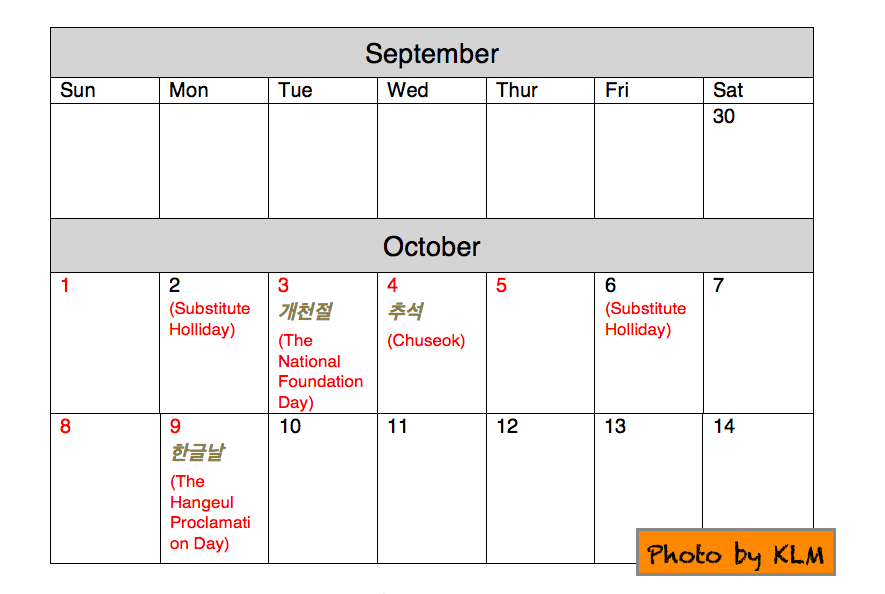 Due to the special circumstances of the Korean holidays this year, the Korean government announced the October 2nd and 6th as temporary holidays. The government cannot force private sectors to follow this decision, however many workers who serve in the public sectors will be able to enjoy 10 consecutive golden holidays (September 30-October 9) to visit with their loved ones and rest well this year.