Back to Basics: Verbs Part I Posted by Brittany Britanniae on Apr 25, 2018 in Latin Language

Welcome to the Transparent Language Company’s Latin Blog! Whether you are learning Latin for the first time or you an avid learner or it is just a hobby – this is the blog for you! Today’s lesson will bring us back to the basics and is a great review for all learners. 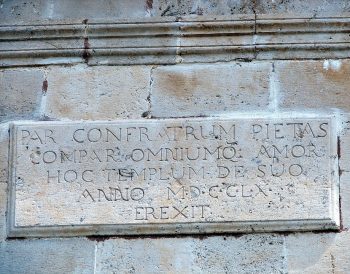 The verb “sum” is the most common verb in Latin or probably any language. Where in English it takes two words to convey “I am” in Latin it only takes one “sum.” This is because the endings of verbs (as seen below in bold) indicate the person(s) doing the action:

THE CONJUGATION OF SUM

*The adjective sonorus and sonori (meaning loud) are the same work but different due to the number of people being referred to (i.e. sonorus = one person and sonori = more than one).

It should be stated the most commonly used verb “sum” is also irregular. By irregular, it does not follow any of the main patterns or conjugations of verbs.

As you may notice, the endings from SUM and AMO are very similar. The main difference is in the 1st person singular. Another thing you may notice which is very important is that most 1st conjugation verbs have an “A” before the bold endings.

As you may notice, the endings from AMO and HABEO are identical. The main difference is in the 1st person singular that extra “E.” Another thing you may notice which is very important is that most 2nd conjugation verbs have an “E” before the bold endings.

The two table above showcase the verbs AMO and HABEO both in the Present Indicative Active. 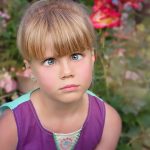 Remember when I said we were going to talk about a verb’s voice, mood, and tense – it has (habet) come to that time.

MOOD: A verb’s mood denotes the mood of the sentence. An indicative verb (in English we call it a declarative statement) that is being presented as fact (I hide the pot), a verb in the imperative mood  (Hide the pot!) showcases a demand, or a verb may be in the subjunctive mood (I wish to hide the pot) which showcases a wish or hope.

VOICE: A verb’s voice denotes how the verb is read. In the active voice, the verb is active and takes charge (I love Stranger Things) in doing the action. There are other voices in Latin (such as the Passive) but they are quite awkward in English (Stranger Things is loved by me).

Well, that covers everything from this month’s review lesson. We will be covering some basic nouns next month in order to start building some simple sentences. See you next month!

Translate from Latin to English

Translate from English to Latin