Salvete Omnes! With the start of the new year there are plenty of us who have made some New Year’s Resolutions. One of the most popular resolutions people make today is the resolution to either lose weight or to spend more time on fitness. So, while this subject is on some of our minds, let us look at the different ways the Ancient Romans thought about weight, health, fitness, and exercise.

The Ancient Romans were, of course, generally thinner than the average man or woman today. Citizens of the  Ancient Roman Empire ranged in economic classes, but many of those who lived in the lower, more populous, economic strata might have found it to be something of a challenge or a chore to locate the food for the day. Ancient Romans typically ate cereals, fruits, vegetables, and sauces. It was very difficult for many Romans to find meat for their meals. The consumption of meat was something that made festivals and the days following ceremonial sacrifices, of which there were many, even more extravagant and fun for the typical Roman. During festivals and after sacrifices for offerings, Ancient Romans could partake in more meat than any other times. Otherwise, the Romans typically had diets consisting of produce, sauces, and grains. 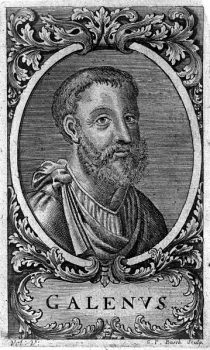 Although we would not necessarily think of Ancient Rome, or most Ancient civilizations, as having the environments to promote weight gain, if the historian thinks back to the lavish festivals and banquets of Ancient Rome it might not actually be that difficult to conceive of excessive weight gain in the incredibly rich heart of the empire .

Galen was a Greek physician who had settled in Ancient Rome to practice and learn more about the human body. Galen is one of the first physicians, while working in Ancient Rome, to investigate the conditions of obesity, particularly, the condition we would call “morbid obesity”.

Pliny the Elder on Weight Loss

After talking about the state of weight gain in Ancient Rome, it could be enlightening to see how Ancient Romans sought to reduce their body mass.

According to Pliny the Elder, who was aware of the fact that many people wanted to put on pounds, gave a tip for everyone. He says “To put on weight (corpus augere) drink wine during meals.
For those who are slimming (minuentibus), avoid drinking wine during meals.”

He also remarks that “A civilised life is impossible without salt.”

Seneca the Younger and Exercise 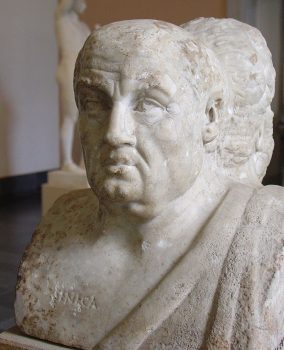 Seneca the Younger, on the other hand, was completely devoted to his philosophical pursuits. He would rather spend his time working with his mind instead of his body. For anyone who is not a fan of exercising might want to fulfill their New Year’s resolution by following the “Seneca the Younger Workout Routine”.

Seneca the Younger scorned exercising for long periods of time. He believed it was a waste of time. Time that could be better spent philosophizing. He said, “There are short and simple exercises which will tire the body without undue delay,” he conceded, “[such as] running, swinging weights about, and jumping—either high jumping or low jumping… But whatever you do, return from body to mind very soon.”

So, if you wanted a low-stress workout routine maybe a short running or swimming session followed by some philosophizing on the nature of New Year’s resolutions is best for you. 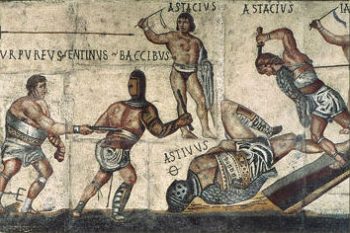 The Gladiator Mosaic, on display at the Galleria Borghese, is one of the earliest known examples of contemporary art with gladiators as subjects. Courtesy of Wikimedia Commons.

If you’re more concerned with getting fit and gaining muscle mass you are probably more curious about the ancient warriors and how they gained muscle to give their hits more impact in the ring. Besides soldiers, there were men who made and earned their literal “living” by fighting for their lives and staying fit was a very important part of ensuring that. So gladiators had tough workout routines and schedule to observe very closely.

Different ludi (gladiator schools) organized their training regimens differently, however at the time of the Roman Empire, the most popular organization of training was based on the “tetrad” system developed by the Ancient Greeks. This divided training into 4-day cycles:

Thankfully, our lives do not rely on our New Year’s resolutions so if you are more of a Seneca than a gladiator you can rest easy on your days off from exercising and instead work your brain on studying your Latin!