Lupercalia is an ancient fertility Roman festival that was held February 13-15. The festival was held to both promote fertility along with purging the city of evil and illness. Although it was an ancient festival; it was celebrated for many centuries. 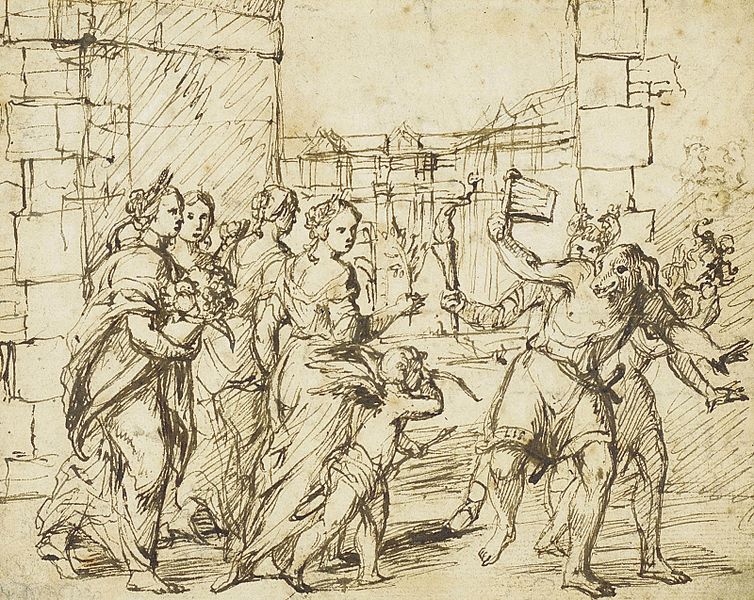 The Lupercalian Festival in Rome (ca. 1578–1610), drawing by the circle of Adam Elsheimer, showing the Luperci dressed as dogs and goats, with Cupid and personifications of fertility

In Roman mythology, Lupercus is a god sometimes identified Faunus (equivalent to Greek god: Pan). Lupercus is the god of shepherds. Faunus’ or Lupercus’ festival was held on the founding of the temple (which is Febraury 15th). The Lupercalia was held in his (Lupercus) honor or in honor of the lupus or she-wolf.

Capitoline Wolf. Traditional scholarship says the wolf-figure is Etruscan, 5th century BC, with figures of Romulus and Remus added in the 15th century AD by Antonio Pollaiuolo.

The rites were directed by the Luperci, the “brothers of the wolf (lupus)”, a corporation of sacerdotes (priests) of Faunus or Lupercus, dressed only in a goatskin. The festival began with a sacrifice by the Luperci  of two male goats and a dog. Next two young patrician Luperci were led to the altar, to be anointed on their foreheads with the sacrificial blood, which was wiped off the bloody knife with wool soaked in milk, after which they were expected to be happy and jolly. 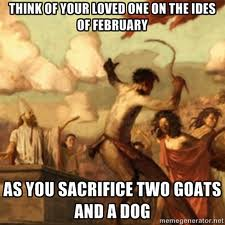 The sacrificial feast followed, after which the Luperci cut thongs from the skins of the animals, which were called februa, dressed themselves in the skins of the sacrificed goats, in imitation of Lupercus, and ran round the walls of the old Palatine city, the line of which was marked with stones, with the thongs in their hands in two bands, striking the people who crowded near. Girls and young women would line up on their route to receive lashes from these whips. This was supposed to ensure fertility, prevent sterility in women and ease the pains of childbirth. 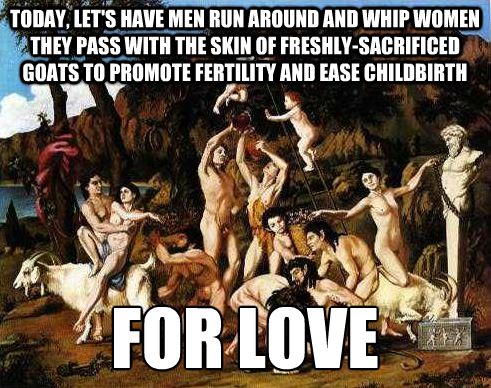 The Lupercalia according to Plutarch Life of Caesar:

“Lupercalia, of which many write that it was anciently celebrated by shepherds, and has also some connection with the Arcadian Lycaea. At this time many of the noble youths and of the magistrates run up and down through the city naked, for sport and laughter striking those they meet with shaggy thongs. And many women of rank also purposely get in their way, and like children at school present their hands to be struck, believing that the pregnant will thus be helped in delivery, and the barren to pregnancy.” 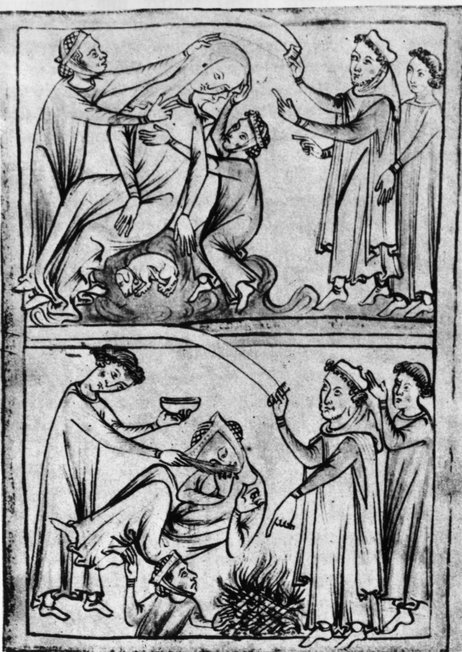 A drawing depicts the death of St. Valentine — one of them, anyway. The Romans executed two men by that name on Feb. 14 of different years in the 3rd century A.D.

The evolution of Valentine’s Day is a debated and long discussion. The idea that two martyred priest, both by the name Valentine, who later became saints and to whose honor a holiday of love was established is an interesting and complex story. You can read the dark history of Valentines Day: here. Also, the Lupercalia is still discussed today by Stephen Colbert: here. 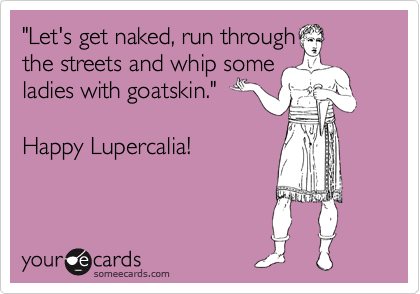