Spend a Day in Ancient Rome from your Home Posted by Brittany Britanniae on Mar 30, 2020 in Latin Language, Roman culture

I was in the middle of a three-part series and have been debating all month if I should continue the series or talk about a different subject. During this time, there is much uncertainty for individuals throughout the world and in general, the state of the world may seem a little scary. Whether you are safe at home with your family or still reporting to work as an essential worker, we are all doing our parts during this time. 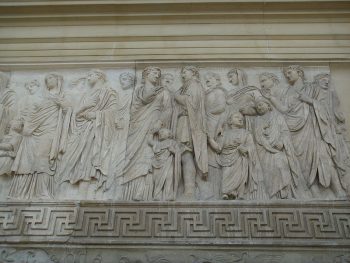 So, during this time, I wanted to share some “at home” activities that families, couples, or just individuals can do. 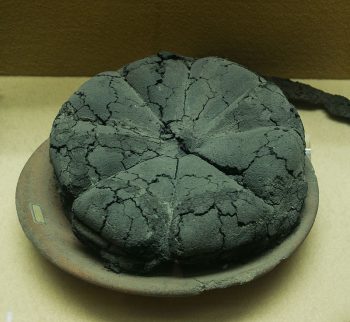 I promise it will look better than the bread above…In AD 79, a baker put his loaf of bread into the oven. Nearly 2,000 years later it was found during excavations in Herculaneum. The British Museum asked Giorgio Locatelli to recreate the recipe as part of his culinary investigations for the cinema production ‘Pompeii Live from the British Museum’. (video link in title)

Why not visit museums who house artifacts and art of antiquity? Museums like the Lourve, British Museum, Pergamon Museum, The Metropolitan Museum of Art, and more.

They say that supposedly Shakespeare wrote King Lear during the period/quarantine of the Bubonic Plague (whether this is factual is debatable, but let us run with the spirit of it), why not cross some items off your bucket list like learning a language? Why not a few phrases in Latin for this special day? If not, Transparent Language has over 100 languages!

4. Teach Children about the Ancient World:  Travel through History Day 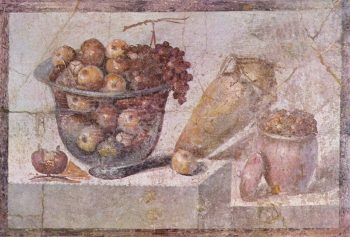 You know you have seen on TV or movies, but here is how you really make a toga. You can also learn about all the weird things Roman ate like Flamingo…although, we aren’t encouraging that – eat some bread (maybe that you baked while watching the TED ED videos). Why women did not wear togas in Ancient Rome (they wore tunics), I feel like why should only men have the fun and get to wear the iconic toga.

6.  Listen to Ancient Music and Dance!

Okay, so this may be a little misleading…but the above links to a Spotify playlist of what ancient Roman music MAY have sounded like. Unlike ancient Greece, where at least 60 fragments of ancient Greek music have been preserved, only one pitiful shard of written music has survived from ancient Rome – a tiny measure by a Roman composer named Flaccus wrote for the play “Hecyra” by Terence (& even this tiny fragment is no longer deemed to be authentic, according to the musicologist Thomas J. Mathiesen). 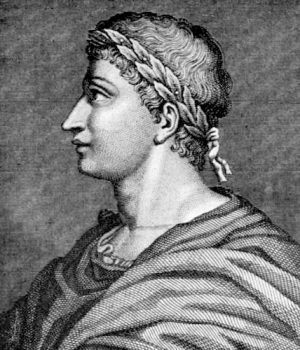 Why not wind down the day’s festivities with myths by firelight? Metamorphosis by Ovid (summary or full text) is great fun for adults who like love, scandal, adventure, and more. While suitable editions of Roman Myths for young children can be found here.

Lastly, with devices and screens kept a bay for most of the day, why not dive back into the 21st century by ending the night with a Roman movie or series.

Would love to know what idea you have incorporated in your special Ancient Rome day during this time. Please share in the comments.

So long for now,