All has been perfect Posted by Bjørn A. Bojesen on Dec 30, 2019 in Uncategorized 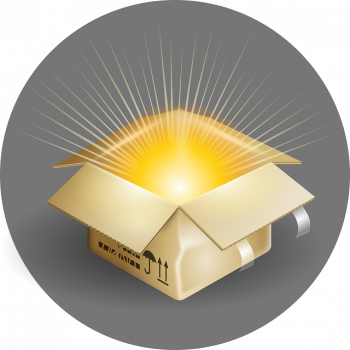 Hva har du fått til jul? (What have you got for Christmas?) With the festive days fresh in mind, the time has come to look at the perfect tense.

Have you ever thought about the perfect tense? It’s used to talk about a span of time that includes both the present moment and the past. (That’s why I didn’t ask: Did you ever think about…) Notice the difference between ”It has been raining all day” and ”Yesterday it was raining”.

In Norwegian, the perfect tense (perfektum) is very similar to the English one – you just use the verb ”to have”1I am aware that some Norwegians say er blitt (”is become”) and er kommet (”is come”) instead of the more widespread har blitt and har kommet. This is similar to Danish and German. For learners of Norwegian, however, it is probably easier just to stick to ”have”. followed by the perfect participle (the third one in the row ”see – saw – seen”).

De har ventet i flere timer. (They have been waiting for several hours.)

Han har bodd tre år på Svalbard. (He has been living on Svalbard for three years.)

Dere har vært snille. (You [plural] have been kind.)

As you can see, the perfect participle usually ends in -t or -et in Norwegian (quite similar to -ed in English: I have pushed). In a very few instances, this -t becomes a -d (as in bodd).

Please note that the participles ending in -et – like kastet (thrown) or ventet (waited) – are sometimes written with an -a ending instead: De har venta… Hun har kasta… This is closer to spoken Norwegian, and may appear in some books and newspapers. The Norwegian language has a lot of variation! 🙂

Asking a question in the perfect tense is very straightforward in Norwegian, as is adding the word ”not” (ikke) to negate a phrase.

Har du funnet nøklene mine? (Have you found my keys?)

Vi har ikke hørt noe. (We have not heard anything.)

Har dere ikke sett henne? (Have you not seen her? = Haven’t you [plural] seen her?)