Basic shapes in Norwegian Posted by Bjørn A. Bojesen on Sep 30, 2016 in Uncategorized 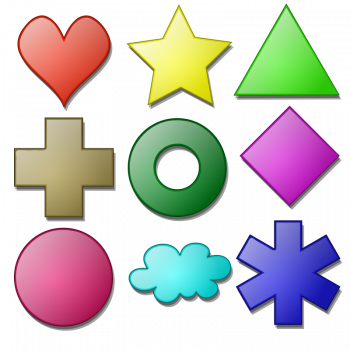 You’ve got the colours, and now you need formene (the shapes). 🙂

Turning these nouns into adjectives (”description words”) is easy:

Finally, we need a mønster (pattern) for our tegning (drawing). 🙂