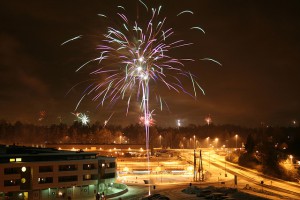 10 The little words you always need

Some words are so common in conversation that you didn’t know you never learnt them until those awkward breaks turn up… How do you say ”hm” or ”uh-huh” in Norwegian? How do you signal you’re actually listening to the one you’re speaking with?

Will, would, could, can, might, may, should, or shall we say ought? Modal verbs are always a mess. This post will make you wiser. 😉

8 100 most common written words in Norwegian

These words will make your newspaper skimming funnier, and maybe icebreak the conversation with those humble northerners around you in the busses, trains and ferries! (Well, at least it’s always nice to have a basic vocabulary to build on which to build your Norwegian cabin…)

Are Norwegians less prudish than Americans? Or did Transparent Language’s reporter just have bad luck? Read the blog and judge for yourself… 🙂

A look at Norway’s biggest birthday celebration, the national holiday of 17. mai! Kari brings you some interesting facts straight from the happy streets of Oslo.

Norway is full of beautiful people of both sexes. While I can’t guarantee the efficiency of these lines, there is a chance they’ll bring you a bit closer to the Norwegian of your dreams – or at least give people around you a decent laugh. 🙂

4 It’s not all Blond Hair and Blue Eyes

According to legends, many people in Western Norway have dark hair and eyes due to Iberian sailors capsizing off the coast… Nowadays, immigrants from all over the world challenge the traditional view of what a Norwegian ”looks like”.

3 Why are Norwegians so good at speaking English

Foreigners coming to Norway are often shocked by the Norwegians’ almost perfect level of English – although some people do have an unforgetable accent (just watch some YouTube clips with the famous explorer Thor Heyerdahl!) In this post, Transparent Language’s Kari takes a look at the Anglo-Norwegian phenomonenon…

2 Strange and interesting facts about Norway

Did you know one of Norwegians’ favourite dishes is Grandiosa – a frozen pizza? Or that the same chemical is used when producing soap and the Norwegian national fish dish of lutefisk? Or that Norwegians like to go border-shopping in Sweden? Or that… 🙂

In a land of numerous fiords, mountains, glaciers and valleys, counting is essential to stay on track! 🙂 And the good thing is that counting in Norwegian closely mirrors the system in English. En, to, tre, let’s count!