Formal vs informal speech in Polish Posted by Kasia on Jan 7, 2016 in Culture, Grammar, Phrases, Vocabulary 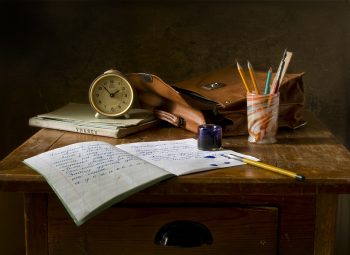 How do we manage to be polite in Polish and English respectively?
It is an intriguing and quite complicated question. As it is widely known, Polish is a very formal language – every single person, no matter his social position, above the age of approximately sixteen, is a “Pan” (a mister or a Sir) or “Pani” (a madam or a lady). Professors in college would usually speak to students per Pan/Pani as well. An obvious exception to the rules is how the Poles address under-aged youth.

Even if you are familiar with a person you write a letter to, a “you” that you use to address this person has to be spelled with a capital letter to show proper respect. A special polite form has also to be used when addressing people in formal relations. I am afraid, “Dear John, how are you doing?”, won’t get you very far when translating a business letter. In fact, the choice of the right form of address to the right person is an essential part of any letter writing in Polish. Most common form is “Szanowny Panie/Szanowna Pani” literally meaning “Respected Sir/Madam,” which is both respectful and neutral and would be translated as “Dear Sir/Madam.” On the other hand “Drogi Panie/Pani” meaning also “Dear Sir/Madam” has a touch of distance to it unless the first name of the person addressed is added with or without “respected.” Thus “Drogi Panie Tomaszu” or even shorter “Panie Tomaszu” translated simply as “Dear Tomasz” is the form of choice to be used when addressing someone we are well familiar with.

People arguing in Polish in the street will still address each other as “Pan,” although the other invectives are far from as gentle. It is not uncommon to hear “Pan jest idiotą” meaning literally “Sir, you are an idiot.” Omitting the “Sir” in this context denotes utter disrespect for the person that is being abused on all levels. Not only is his mental capacity questioned, besides he is totally worthless as a human being. Beware of the dire consequences! “You” when rightly pronounce in Polish is an abusive word!

Lately, due to the influence of English, the use of the “Pan/Pani” has become less strict in the everyday speech, especially between young people and in communication over the Internet. Thus, in this context, it is not uncommon to address even unknown and unrelated persons as “you” and also skip the initial capital. On the other hand, when looking for work in Poland you’d better keep the “Respected Sir/Madam” in the proper place or you’ll lose out

There is also word “Panna”, designating an unmarried woman and corresponding to “Miss.” The modern society obviously is nowadays not interested in one’s marital status which is reflected in both languages. Presently, “panna” when infrequently used to address someone can have a bit of outdated feeling about it and, thus, as an address form it is not recommended. Sometimes people in Poland use it to make fun of someone, so please be careful using this word, or don’t use it at all:)

It is important to know that such greetings in English “How are you?” Jak się masz?, or “How is it going?” Co słychać? Jak leci ? (informal) are not used as greetings in Polish. Instead, they are treated as questions requiring information. They are answered in Polish with such feedback as: good or bad mood information, complaints, worries or the opposite. The interlocutor normally follows with a more specific question about the situation, offers help, etc.

The formal phrases are customary formulas for letter:

Note: Szanowny Panie Doktorze, Szanowna Pani Mario  —  it is customary that all the words referring to the addressee are spelled with a capital letter at the beginning. 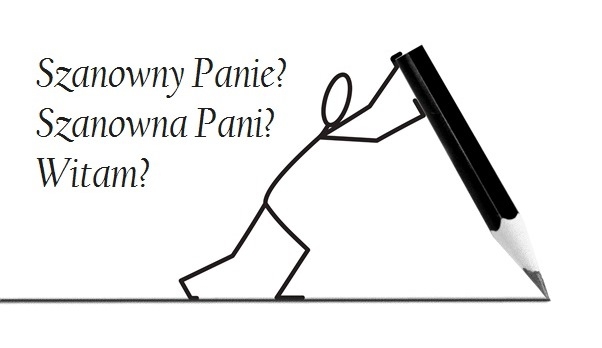 How about the informal speech?

In informal contacts, the speakers address one another using their first names and the 2nd person pronoun singular or plural ty  —  you singular; wy  —  you plural. Usually in any given sentence the name or the pronoun is not repeated, so the 2nd person form is indicated by the form of a verb.

e.g. Marku, zagraj ze mną w gry komputerowe. “Mark, play computer games with me.”
The verb zagraj has the form which indicated the 2nd singular; therefore, the pronoun ty – you is not needed at all.

And when in doubt, treat every Pole as a master, even the bellboy or a waiter, call everyone “Pan”, “Pani” or “Państwo” and you can’t possibly go wrong!