Most of you probably know it, but for these of you that don’t, Poland’s National Independence Day (Narodowe Święto Niepodległości Polski) marks the anniversary of the country’s independence in 1918. It is celebrated as a nationwide holiday on November 11 each year.

Ceremonious gatherings and parades are held in Polish towns and cities, including at Piłsudski Square in Warsaw (Plac Piłsudskiego w Warszawie). A change of guards (zmiana straży) also occurs at midday near the Tomb of the Unknown Soldier in the capital city. Many churches celebrate Independence Day with a special mass. Another highlight is the Race of Independence (Wyścig niepodległości), which involves thousands of participants. 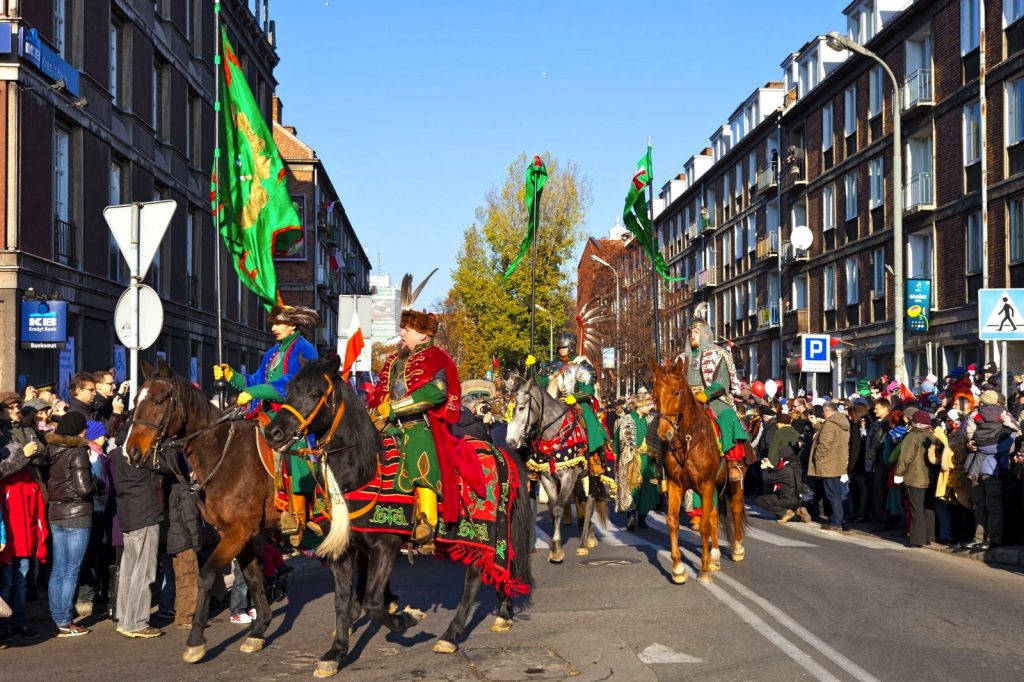 Poland regained its independence on November 11, 1918, after 123 years of partitions by Austria-Hungary, Germany, and Russia. On November 11, 1918, the Polish Military Organization’s secret departments, demobilized soldiers, and legionnaires disarmed the Germans in Warsaw and other Polish towns. The Regency Government appointed Józef Pilsudski as commander in chief over the Polish forces and 3 days later he was given complete civil control. He formed a new centralized government which on November 21 issued key measures including a manifesto of agricultural reforms. Pilsudski also brought in more favorable conditions for the workers and called parliamentary elections.

November 11 was announced a national holiday in 1937. However, it was removed as an official holiday from 1939 to 1989. The holiday was restored in 1989 and has since been a national public holiday.

In this Great War, Poles fought on all major fronts and in all major armies. In many cases spontaneously and under the able leadership of Józef Piłsudski, Polish volunteers from all three parts of their partitioned country formed national military units, which quickly coalesced into an armed force capable of securing the country’s borders. Nearly 500,000 Polish soldiers died in the war and at least the same number were wounded. The sacrifice was great, but so was the cause.
And so, the events and the diverse forces, which came together in 1918, enabled the Polish nation to win back its right to an independent existence and to be able to shape its own future.

Thus, November 11 of that memorable year was for Poland also a beginning.  Truly daunting tasks lay before her leaders: establishing borders with, in most cases, hostile neighbors, uniting into one, integrated society a nation which, for the preceding century and a quarter, had been divided among three very different imperial systems, and constructing functioning economic and political systems.  November 11, 1918, was a huge success for Poles, but it also imposed on them the responsibility for solving their quite formidable problems.