Have you ever heard of Hurdy-Gurdy? In Polish called lira korbowa (crank lyre), it dates back to medieval times. It is definitely an interesting instruments that is becoming popular again.

In Poland, the hurdy gurdy appeared in the 17th century and it gained extraordinary popularity in the nineteenth century. This instrument played an important role in sacred music, it was one of the favourite instruments of the aristocracy. Later, it also found its way to ordinary people. It was a symbol of itinerant musicians (wędrownych muzykantów) , poets (poetów), soothsayers (wróżbitów), singers (śpiewaków), beggars (żebraków) and blind people (ślepych ludzi). These artists, who would often play themselves, were proud of their occupation even though they were from the lowest of social classes. Many saw them as wise individuals who knew legends, prayers and magical procedures.

The hauntingly beautiful instrument (zniewalająco piękny instrument) looks like a guitar held horizontally on the musician’s lap. It is played with one hand that rotates the crank and the other plucking the strings. 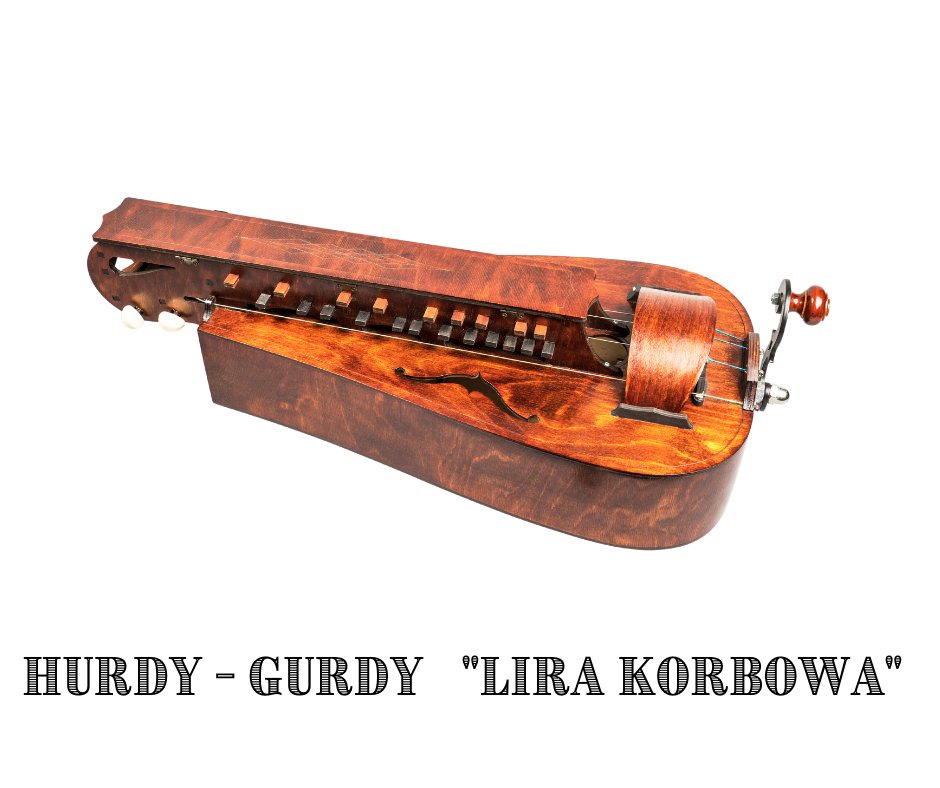 The wheel functions much like a violin bow, and single notes played on the instrument sound similar to those of a violin. Melodies are played on a keyboard that presses tangents—small wedges, typically made of wood—against one or more of the strings to change their pitch. Like most other acoustic stringed instruments, it has a sound board and hollow cavity to make the vibration of the strings audible.

Most hurdy-gurdies have multiple drone strings, which give a constant pitch accompaniment to the melody, resulting in a sound similar to that of bagpipes.

Hurdy Gurdy is an instrument with a long and rich heritage. Although it has dropped off the map in the past few centuries, dedicated fans of the instrument still strive to maintain the use of them in modern music.