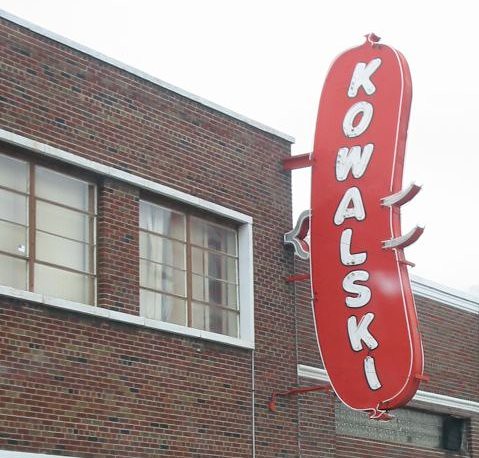 Image by Bill Walsh Bill on Capitol Hill on Flickr.com

Today is the 13th…Usually not a lucky number, but let’s think positive! How about some Polish jokes? Polish Jokes have been around for a very long time. Some people find them offensive, some find them funny, some don’t. The thing is, most of these jokes can be applied to practically any race, color, creed, or individual!

Three travelers, one from India, one a Jew and the third a Polak are having trouble finding a room for the night.

After much searching, they finally find an Inn with only two beds left. The innkeeper offers to let the third one of them sleep in the barn.

They draw straws for the two beds, and the Indian is sent off to the barn for the night.

But within five minutes of the Jew and the Polak turning off the lights and going to bed, there is a KNOCK KNOCK KNOCK on the door. They open the door and there is the Indian.

The Jew volunteers to go to sleep in the barn.

But within five minutes of the Polak and the Indian turning off the lights and going to bed, there is a KNOCK KNOCK KNOCK on the door. They open the door and there is the Jew.

“I can’t sleep in the barn either,” says the Jew, “there’s a pig in the barn, and if I sleep in hay that a pig has touched, I may get some in my mouth and that wouldn’t be kosher.”

So the Polak ventures out to go to sleep in the barn.

But within five minutes of the Indian and the Jew turning off the lights and going to bed, there is a KNOCK KNOCK KNOCK on the door. They open the door and there is the cow and the pig.

Three men are traveling in the Amazon, a German, an American, and a Polak, and they get captured by some Amazons. The head of the tribe says to the German, “What do you want on your back for your whipping?” The German responds, “I will take oil!” So they put oil on his back, and a large Amazon whips him 10 times. When he is finished the German has these huge welts on his back, and he can hardly move. The Amazons haul the German away, and say to the Polak, “What do you want on your back?” “I will take nothing!” says the Polak, and he stands there straight and takes his 10 lashings without a single flinch. “What will you take on your back?” the Amazons ask the American. He responds, “I’ll take the Polak!”