Just the sound of this word alone makes my eyes red and my throat itch. And what it does to my nose is so vile that it shouldn’t be mentioned in public. Yes, it’s that time of the year again – allergy season. And as I’m getting older, it seems that my spring allergies are getting more and more severe, too. I thought it would work the other way round – after years of being exposed to pollen, one should acquire some sort of resistance, right? But apparently – no, that’s not the case. 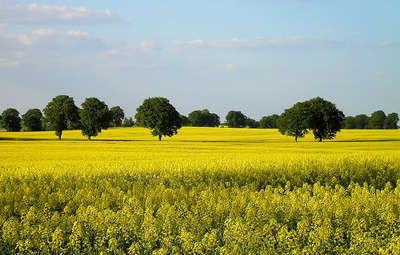 So when other people get all excited at the prospect of flowers in full bloom, I think which eye drops would stop me from scratching my eyes out and tossing them to hungry homeless dogs (anything for a minute of relief is fine with me at this point).

So while other women start wearing spring colors and wysokie obcasy (high heels), put on fresh makijaż (makeup), get their hair done, push their chests forward and turn their faces to the sun, I start wearing a surgical mask when going outside. I’d wear goggles too, if I had a pair – to keep me from scratching my eyes so much. And I surround my self with tissues, nose sprays and asthma inhalers.

Yes, I’ve been to the doctor. Many doctors, in fact. They are baffled at the intensity of my allergies, suggest a different nose spray, prescribe steroid-based medication and say: “Only a couple of months of this, and it will get better.” Yes, I know, it will get better – sometime in November . A few misguided medical professionals suggest I get rid of my cats. Yet, all the tests prove I don’t have a cat allergy, can’t they read?

So, in case you also suffer from springtime allergies, here are a few handy words for you:

Now if you excuse me, I need to medicate myself, for the umpteenth time today.

Happy spring to you too!