Tasty Polish coffee during long winter… Posted by Kasia on Jan 19, 2015 in Culture

Coffee is one of my favorite beverages! I love it any time and anywhere:) But of course, especially on a cold winter day….

Most Poles seem hooked on strong coffee and they cannot carry on without a cup a day, or two or more. Many still brew it the Polish way by putting a spoonful or two of ground coffee into a glass and filling the vessel up with boiling water. My aunt makes it super strong…Almost half of the glass/cup is a filled with coffee grounds!!!

The average Pole consumes about 107 litres of coffee per year, which gives the country the 12th position in Europe, according to a report by Euromonitor International. By 2015, the report puts Poland’s coffee market at as much as US$1.64 billion.

Poles drink a lot of instant coffee (kawa rozpuszczalna). One of the very popular brands of this type of coffee was always Inka (and I think it is still pretty easy to find). Inka is a Polish roasted grain beverage. Developed in the late 1960s during the communist era, Inka has been produced in Skawina since 1971, a centre of coffee production since the early 20th century. Currently it is manufactured by GRANA Sp. Z O.O. It is exported to Canada and the United States as Naturalis Inka in packaging reminiscent of that used in Poland in the early 1990s. 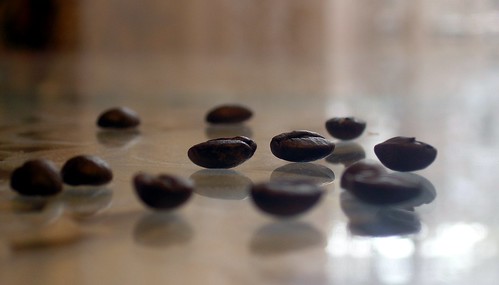 Image by olo81 on Flickr.com

Poles love their strong black coffee known as czarna , literally the word for “black” or czarna kawa which, in its most extreme form, is equivalent to espresso. Coffee with milk is kawa z mlekiem.

If you would like to know how to order coffee in Polish, here is a helpful video:)

Old towns in Poland have a lot of really nice and unique coffee shops:) Chain stores, like Coffee Heaven, iCoffee, Empik Cafes and the foreign entries Costa Coffee and Starbucks all offer a great experience as well… clean, uniform, and comfy business-like atmospheres supported by pretty good drip coffee and espresso. Lots of places play jazz music over their stereo but don’t offer any live music. All had free internet.