Brazilian author sold out in the US a day after book release Posted by carol on Jun 23, 2020 in Brazilian News, Culture, Learning, Literature, Vocabulary

“I debated for a time as to whether I ought to open these memoirs at the beginning or at the end-that is, if I would start out with my birth or with my death. Granting that the common practice may be to begin with one’s birth, two considerations led me to adopt a different method: the first is that I am not exactly an author recently deceased, but a deceased man recently an author, for whom the tomb was another cradle; the second is that this would make the writing wittier and more novel. Moses, who also recounted his own death, did not put it at the commencement but at the finish: a radical difference between this book and the Pentateuch.”

The memoirs of a departed man, narrated from the grave by himself, who dedicates it to the worms who nibble at his corpse. Well, this surely sounds like an eerie, Edgar Allan Poesque dark conto (tale). However, The Posthumous Memoirs of Brás Cubas or Memórias Póstumas de Brás Cubas was written by a widely renowned Brazilian author. You must be thinking about the internationally acclaimed Paulo Coelho, right? But we are actually referring to the great Machado de Assis, whose witty romance (novel) can be placed at the very onset of modern literature and Latin American fantastic realism so dear to Jorge Luís Borges and Julio Cortázar, two of his notable admirers. This celebrated livro (book) just got a new English translation recently released by Penguin Classics, and it was esgotado (sold out)  in less than a day on the main online shopping platforms! 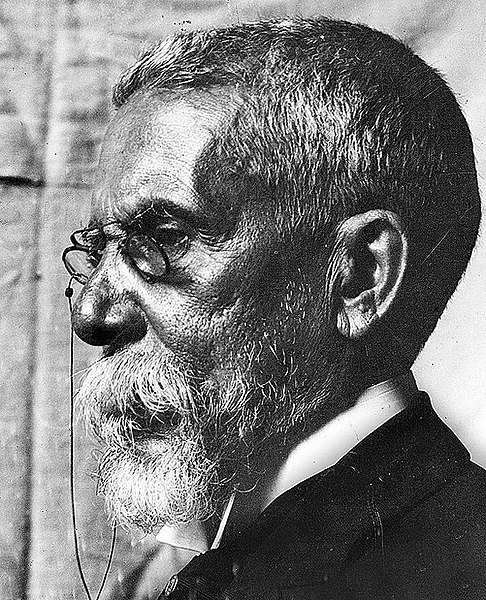 Barely read by English-speaking leitores (readers) in the 21st century, The Posthumous Memoirs of Brás Cubas is a book to be rediscovered, having previously earned elogios (praise) from personalities as diverse as Woody Allen, Susan Sontag, Allen Ginsberg, Philip Roth and José Saramago. But who was Machado de Assis, you must be wondering. Mixed-race, brought up a pobre (poor) family, the future escritor (writer) was born in the city of Rio de Janeiro in 1839, in the area known as “Little Africa”. In slaveholding Brazil, his life was not easy and he managed to ascend socially from public jobs, but soon started writing for jornais (newspapers). Machado de Assis witnessed the Proclamation of Republic (1889), the end of escravidão (slavery) (1888) and the changes in Brazilian politics and sociedade (society) at the turn of the 19th century and made poetry, novels, chronicles, drama, short stories and literary criticism out of his experience.

And The Posthumous Memoirs of Brás Cubas is no exception. Machado de Assis caustic sense of humor portrays slavery in Brazil, social ranks and also the trends of scientific thought at the time. If you are intrigued by his work, não se preocupe (don’t worry). Although this particular book is sold out on some websites, you can still find this and some other Machado de Assis titles here and other platforms such as Amazon or online bookshops, even in bilingual editions to help you out with your Portuguese reading skills!. Have you read anything by Machado? But be sure to comment on what you think of the book. Boa leitura!

And now as for a bonus treat, were you curious as to how Machado de Assis sounds like in Portuguese? Here’s the original version of the translated excerpt above:

It is also worth mentioning that Machado de Assis is on public domain, so digital files of his novels are easily available online!