This is a post about Brazilian literature, but it may just as well fall under our [Brazilian Music] heading. Today we’ll talk about Lira Neto’s newest release Uma história do Samba: as origens (A history of samba: the origins). If you’re interested in learning about one of Brazil’s major music genre, this might just be the livro (book) for you. Not only do you get to find out more about this rhythm that has become an intrinsic part of our national identity, you can also practice your habilidades de leitura (reading skills) in Portuguese!

Lira Neto is a journalist and um escritor (a writer) from Ceará (a Northeastern state in Brazil) who became conhecido (known) for his monumental and comprehensive biography on the Brazilian president Getúlio Vargas. The author sets himself to the laborious – though immensely gratifying – task of conducting extensive research on the subject and delving into the complex origins and roots of samba. 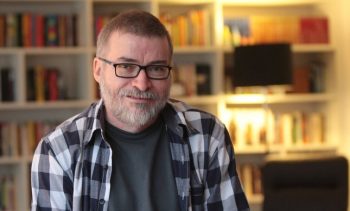 Neto tells the vida (life) of composers and musicians the were key figures to the history of the genre, offering documents, photographs and even police reports as part of his sources to gather information. The book rebukes old clichés and discusses how the music style was formed no começo (in the beginning) of the 20th century, coming originally from afro-Brazilian beats and being influenced by muitos (many) other rhythms. Initially frowned upon by the carioca (born in Rio de Janeiro) elites due to its humble black origins, samba faced a lot of discrimination back when it was emerging in the music scenario, amid many social and racial conflicts. Now the genre enjoys a lasting popular success and it became widely accepted and embraced as a symbol of Brazilian culture. 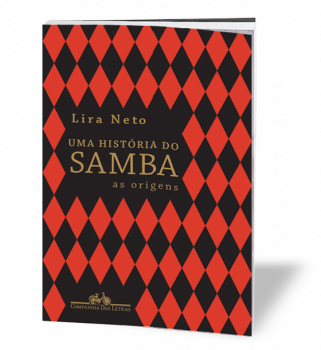 Find below an excerpt from the book, followed by a translation in English:

“At times understood as a sign of resistance, at others perceived as a cultural universe submitted to a growing process of domestication, this mestizo music, which ended up finding in samba its greatest expressive form, learned to negotiate spaces and to re-elaborate itself in a permanent, anthropophagic way, incorporating and deconstructing multiple influences. In these comings and goings, along the course that removed samba from the condition of being a marginal genre and turned it into the ‘ultimate symbol of Brazilianness’, there were those who came to lament, at different moments, its presumed loss of authenticity” (page 25)

If you’re curious, you can comprar (purchase) the book on any bookstore in Brazil or you can get it from Amazon online:

É isso! That’s it! Espero que tenham gostado. I hope you liked it.