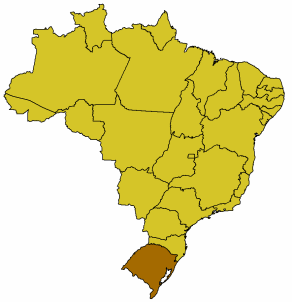 Olá, caros leitores! Hi, dear readers! Today we come to our second article in the series on Estados Brasileiros (Brazilian states). Despite its continental dimensions (or maybe largely due to that), only a small portion of Brazil is conhecida (known) to those who visit it or even to those who are native. Each of the 27 federative units of the country has its own cultures and customs, but it still dialogues with the regionalisms of other parts of the country. If the first text was about the state of Acre, located in the far north, our second part will go in the opposite direction, to the far sul (south) of Brazil. This is the terra (land) of gaúchos, pampas and barbecue: Rio Grande do Sul.

With the capital of Porto Alegre, Rio Grande do Sul is the southernmost state of Brazil, which borders the state of Santa Catarina, Brazil, and Uruguay and Argentina. With a length of just over 281 thousand square kilometers, it is equivalent to 3.3% of the entire Brazilian territory. For the sake of comparison, it is larger than the United Kingdom. Its population is largely composta (made up) of European migrants, mainly those from Italy and Germany, and in some small communities Portuguese even is considered as a segunda língua (second language). 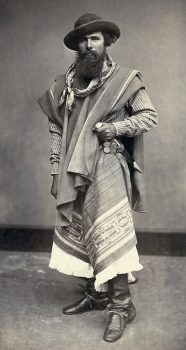 The traditional figure of the Gaucho (photo By Courret Hermanos Fotogs., Lima, Peru)

With its vast flatlands (plains) known as the Pampas, Rio Grande do Sul is a prominent region for criação de gado (cattle raising). Although not only limited to this state, the gaucho is the most important cultural figure in the region, and concerns people linked to atividade pecuária (livestock activity). They vaguely resemble the idea of American cowboys. With their typical trajes (costumes) and the ever-present chimarrão (mate herb consumed in large quantities in the region), the gauchos are also responsible for the largest patrimônio culinário (culinary heritage) of the state, the churrasco (barbecue).

Unlike other regions, the traditional gaucho barbecue is made with fogo de chão (ground fire), which means that large espetos de carne (meat skewers) are placed in the ground, heated by a long row of embers also placed in the ground. Although Rio Grande Sul is a state with a strong literary and musical tradition, with great escritores (writers) of the size of Mário Quintana and Luís Fernando Veríssimo, and a rock variation named gaucho rock, the state’s best-known figure is curiously um jogador de futebol (a soccer player). No less than Ronaldinho Gaucho. 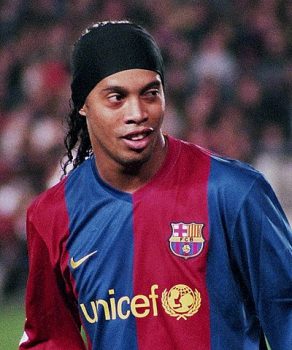 Have you ever heard of Rio Grande do Sul and the gauchos? Leave a comment telling us what you think of our second text about the Brazilian states.