In the town of São Vicente in São Paulo state, the city government came up with an idea to promote wellness and fitness amongst senior citizens: a calendar of pin-up girls consisting entirely of elderly women. 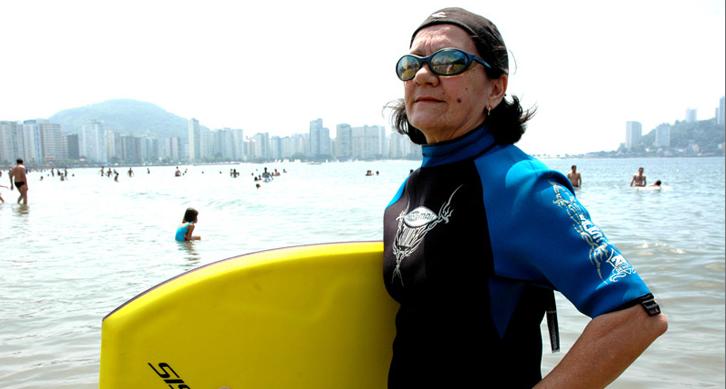 Twelve women were chosen from fifty-four candidates in an online contest, and the winners were photographed in athletic clothes for the calendar. Nearly 19,000 people voted in the contest.

All of the winners regularly do exercise and participate in cultural events around the city. The overall winner of the contest was eighty year-old Nanci, who practices tai chi and has three children, three grandchildren, and four great-grandchildren.

The calendar launch is scheduled for December 10th, when 4,000 copies will be distributed for free. For more photos from Globo and the full story in Portuguese, click here.