My Connection to Yuri Gagarin, The First Man in Space, and Other Fun Facts About Your New Russian Blogger Jenya Posted by Jenya on Feb 4, 2014 in Culture, language, Russian for beginners, Russian life

1. Yuri Gagarin and I are connected!

My связь (connection) to Yuri Gagarin, the first man in space, did not become apparent to me until I was 27 years old. Yuri Gagarin was the first Russian космонавт (cosmonaut). Gagarin received his training and met his future жена (wife) in the city of Orenburg. Coincidentally, that is where I was born.

Gagarin’s time in space was well documented in the film “First Orbit.” The film is available in Russian with English subtitles and is comprised of original footage from spaceship Восток (Vostok). Watching it or at least having it on in the background would be a good idea since it will immerse you in the language environment.

Helpful Tip! In my experience, listening to the language you are trying to learn, even if you don’t understand what is being said, is among the best ways to improve your word recognition skills. If you are not immersed in the language environment by being in the region where the language is spoken, create that environment yourself by simply listening to movies, shows or documentaries on subjects that interest you.

UPDATE! (In response to your messages)

Here is a link to Мосфильм Studio’s subtitled movie selection. These Russian movies are free to watch (смотреть) and download (скачать).
There is a button/link “Показать еще” (show more) at the bottom of the page. Click the link to see the full selection. I believe there are 64 films there. Most of them are pretty old but some are rightfully considered Russian movie classics. I will continue to look for more sources with newer movies & shows.
Below are 3 of my personal favorites
1. Джентельмены удачи
2. Исчезнувшая империя (The Vanished Empire)
3. Американская дочь (American Daughter)

2. My место рождения (birthplace), Orenburg, is also known for its fine cashmere shawls.

Some of them are so thin that they easily fit through a ring. Nevertheless, even the thinnest shawls are pretty warm. Long goat hair that is used in the making of the shawls creates tiny air pockets. The air in the pockets stays warm, and that, in turn, keeps the wearer of the shawl warm. 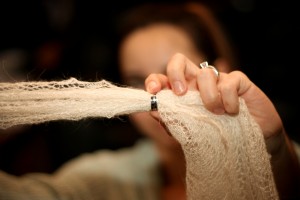 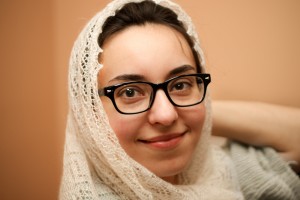 3.I have spent two thirds of my life in Russia & Belarus and one third in Соединенные Штаты Америки (the United States of America).

Many things have changed in Russia in the decade since I left. The two trends that stand out the most, at least in my opinion, are Russia’s transition from a mostly cash to an increasingly cashless общество (society) and a significant increase of women drivers.

4. Two things I can’t live without are my фотоаппарат (camera) and my ноутбук (laptop).

My интерес (interest) in communication began developing in fifth grade. After I started art school and was introduced to the great variety of art mediums and techniques, I realized that language was not the only way to express our идеи(ideas), мысли (thoughts) or чувства (feelings). As I got older and developed an interest in the English language, which is my second language, my perception and understanding of thought processes and information exchange expanded further. My fascination with how we communicate with each other, inside and outside of our own язык (language) and культура (culture), helped solidify my choice of major, which was linguistics. Later in life, my continuous desire for self-expression led me to mastering digital photography.

5. My favorite мультик (cartoon) is a Russian cartoon about Winnie the Pooh.

It has little to do with the original story. I wouldn’t even call it an adaptation. The only thing it has in common with the original source is the main characters. The cartoon, however, is among the most popular cartoons of the late Soviet era due to its lighthearted юмор (humor). Most Russian children of today still know and like it. Here is one of the three episodes (with English subtitles).