From this side of the Iron Curtain, we remember Ники́та Серге́евич Хрущёв Nikita Sergeevich Khrushchev, as the man who promised the West that мы вас похоро́ним! We will bury you (which is somewhat a mistranslation and a good subject for a future blog), for his 1959 Ку́хонные деба́ты Kitchen Debate in Moscow with then-vice president Richard Nixon, and with removing his shoe at the UN General Assembly and banging it on the podium.

But he is also noted as being the leader to preside over some of the Soviet Union’s most ambitious projects: his regime saw the launch of the first artificial satellite, Спу́тник-1, the first manned space flight of Ю́рий Гага́рин, the first woman in space, Валенти́на Терешко́ва, and, space aside, he dreamed up the Освое́ние целины́, usually translated into English as The Virgin Lands Campaign. 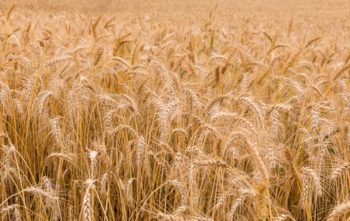 Освое́ние comes from the verb осва́ивать/осво́ить, which has several meanings, including “to master” or “to develop” or “to settle”:

And, of course, the topic of today’s blog:

But what exactly is целина́? As you might be able to tell, is derived from the Russian word це́лый whole. The word suggests that the land named as such is whole, i.e. has been untouched by human hands. in Povolzhye (SE European Russia), Ukraine, the Far East, Siberia, and, most notably, northern Kazakhstan were targeted for settlement. 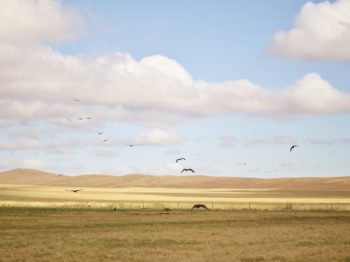 The степь steppe is a vast, flat grassland, dashed across wide areas of central Eurasia, including Russia and Kazakhstan, similar to the prairie of North America or the Pampas of South America. The steppe is also home to much of the world’s чернозём chernozyom (from the words чёрный black and земля earth, soil), which is very fertile due to high levels of humus (one M) in the soil.

Eying the successful cultivation of the American prairie, Khrushchev planned to conquer this land of endless potential in his own country. Он хотел увеличить производство зерна в СССР. He wanted to increase production of grain in the USSR. The 50s were a time of great change in the Soviet Union, especially after the death of Stalin. The welcome changes brought new optimism to Khrushchev’s big project.

Освое́ние целины́ was launched in 1953 and Khrushchev gave exclusive rights to the совхо́зы sovkhozes, large-scale state-owned farms, and attracted settlers by sending hundreds of thousands of young комсомо́льцы Komsomol members on a trip (called a путёвка) to the new land. A new region was created, and its capital, Акмо́линск, was renamed Целиногра́д in honor of the project. (This city in northern Kazakhstan would later bear the name Астана́ (“capital” in the Kazakh language), and, in 2019, renamed Нур-Султа́н in honor of the former president of Kazakhstan.) Despite the exciting first and third harvests (1954 and 1956) the excitement around the целина́, however, waned, following several bad harvests. The project was doomed from the start for one simple reason: 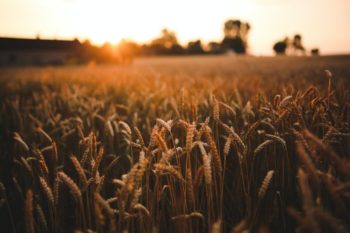 The steppe is known for dry winds that bring droughts. While the land is fertile, it is largely impossible to cultivate due to this. There was a shortage of manpower, machinery, and nowhere to store the grain. The land, developed quickly, did not have adequate infrastructure.

While the Освое́ние целины́ was not a successful project, it left a legacy of optimism for the Soviet Union, of the glory days, when the Soviet Union was a great power in a bipolar world.

Have you heard anything about this ambitious project? What do you know about Nikita Khrushchev?