Before you continue reading, I highly insist that you catch up on what we covered about Koschei in Part I. Otherwise, you might be a bit lost. We left off discussing Koschei and his appearance in the American TV series Grimm, episode 9 of season 3 (warning: spoilers ahead). When transformed into his Koschei state, he is rather terrifying. The writers built on the image of a skeleton-wizard and added a menacing poisonous-green glow underneath his skin. In the show, he goes into this state to either heal a person he touches from an illness or poison their body with all the malice he has taken away from others, resulting in his victims receiving fatal doses of exposure to radiation poisoning. In my opinion, his powers are somewhat similar to the powers of John Coffey, the prisoner from Green Mile. But I digress. 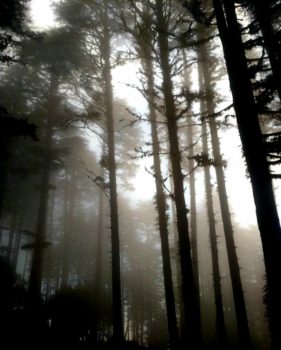 Photo by Shivani Sharma from Pexels

This 40-minute episode had a lot of important cultural details that the writers of the show got right and a few that are just getting too old even for Hollywood. Let me know in the comments if you noticed something else that I might have missed.

This is the part that made me giggle when watching the ‘Koschei’s healing scene’ at the beginning of the episode. After he takes away an illness from a young woman, Boris (played by Mark Ivanir) or Koschei appears to be too weak to stand up and when he slumps in a chair his wife tells him that he needs to have some tea. That’s what Russians do in times of trouble – drink tea!

Koschei’s character is married and wears his wedding band on the fourth finger of his right hand. The same goes for the Russian man who attempts to assassinate him later. That was a nice detail to get right. Молодцы́! What confused me was that Olga kept referring to her husband as Misha, a diminutive of their last name Myshkin (even though his fictional first name is Boris, a diminutive of that would have been Borya). I don’t normally hear Russians using the person’s last name as a nickname, but that just might have been their take on the characters’ relationship rather than a blunder.

Police is translated as мили́ция during a short exchange between the characters where one of them says that Russian people don’t trust their police force but that you can totally trust the police in America. Now, this could probably be a whole blog on its own, starting with the difference between мили́ция и поли́ция and their public standing in Russia. But, in short, I wasn’t surprised that an American TV series took a jab at Russia’s police or any other law enforcement institution for that matter. In fact, while Koschei’s character was a very well-developed one, considering this is his only appearance, we learn that he was connected to ФСБ (Federal Security Service or Федера́льная слу́жба безопа́сности) and worked as an assassin for them. Why do Russian characters always have to be a part of a mob or KGB?

Another obvious stereotype about the Russian culture here is that the Russian character is ‘suffering too much’ because ‘he is Russian after all’. It always fascinates me that American movies and pop culture like to romanticize this idea of Russian people being the ultimate sufferers and always going through emotional turmoil and having a very grim (pun intended) outlook on life.

Lastly, the Russian assassin says “Соба́ке соба́чья сме́рть” when trying to kill Koschei. Later in the episode, this phrase is brought up again and the captain of the police force, who doesn’t give the literal translation explains that ‘if you were going to kill somebody you hate, it certainly fits the occasion’. In other words, a bad person deserves a terrible death. And of course, it wouldn’t be a Russian-themed episode without lots of vodka and some random Russian character making a toast with the classic but false На здоро́вье! (Na Zdorov’e!)

Unfortunately, the Grimm series doesn’t explore any other Russian mythical creatures or fairy tales, which is a missed opportunity, since Russian folklore is rich with mythical beasts and characters. Plus, there is indeed a large Russian diaspora in Portland, Oregon, where most of the series takes place! Either way, I really enjoyed the Grimm writers’ take on Koschei and I thought it was a very creative interpretation of Russian folklore and some real historical figures. What did you think? 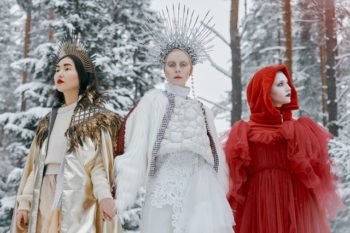