Koschei the Deathless, Part I Posted by bota on Oct 19, 2021 in Culture, Film & Theater

In honor of Halloween approaching, I was rewatching the Grimm TV series. It’s spooky, imaginative, and nostalgic for me, since it was one of the first shows I watched in English. Grimm is a police detective story that weaves in a whole universe of fantastical creatures (Wesen) from many different folktales, especially the Grimm brothers fairy tales. Last week I got to episode 9 of season 3 and enjoyed the wonderful and very creative depiction of the Russian fairy tale character Коще́й Бессме́ртный (Koschei the Immortal or Koschei the Deathless). Today, we are putting on our own detective hats and investigating how one of the biggest Russian folklore villains is portrayed in this fantastical American TV series. Part I is all about who is Koschei in Russian folklore. Part II will be a deep dive into how Koschei is imagined in Grimm. I invite you to read on and then watch the Red Menace episode before I post Part II later this month, so we can explore how the Koschei is seen through the Hollywood lens together. 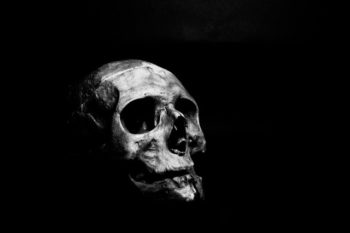 Photo by Ahmed Adly from Pexels

I suspect that the title of this episode is an ode to the Red Scare and also the 1949 anti-communist noir drama of the same name. Every Grimm episode opens with a quote from a Grimm Brothers fairy tale but in this case, it is from the Russian fairy tale Ма́рья Море́вна or Death of Koschei the Deathless:

“To kill Koschei the Deathless

First you must find his soul, which is hidden in an egg,

In a duck in a lead chest

Buried beneath an oak tree”.

What does this tell about Koschei’s character, his powers, and most importantly, his fate in the episode?

Коще́й (Koschei) must be the most popular mythical figure of Russian folklore, right after Ба́ба-Яга́ (Baba Yaga). He is an evil and immortal old wizard, a typical anti-hero. There have been many interpretations of this character in animations, movies, plays, and books but my favorite has to be the iconic portrayal of Koschei by Oleg Tabakov in По́сле до́ждичка  в четве́рг (After the rain on Thursday), where Koschei not only wasn’t a skeleton but a rather jolly fella with an impeccable sense of style and delightfully golden hair.

Some fairy tales say that Koschei can transform into a raven (во́рон) but his name or powers are not connected to that bird in any other way. It’s more likely that the name Коще́й comes from the word ко́сть (bone), therefore he is most often portrayed as a mean looking skeletal man. Pushkin’s Koschei in Руслан и Людмила (Ruslan and Ludmila) is proof to his withered state, only there the poet uses the old spelling Каще́й and refers to him as ‘tsar’:

While, with Baba Yaga inside,

A mortar gives that witch a ride;

In the Red Menace episode, Koschei is a Russian healer, a man by the name of Boris Myshkin, whose wife, Olga, is a Malin Fatal, a loyal but aggressive boar-looking Wesen when she undergoes a metamorphosis. From what I understand about the Grimm universe, Malin Fatals are not specifically Russian Wesen since their name is more French than anything. However, when the detectives are trying to learn more about the two, they read about Stalin having Malin Fatal bodyguards since they are famous for their loyalty. So, it’s possible that the French name is a reference to the importance of the French language on the Russian culture. As far as Koschei, the series suggests that Rasputin was a Koschei, most likely since he was (supposedly) a powerful healer. The mystery around Rasputin’s death is further explained by making it a part of the Grimm universe. They suggest that a member of British intelligence who was actually a Grimm (a person who can see Wesen) assassinated Rasputin.

We will continue exploring Koschei’s character in Part II of this blog. 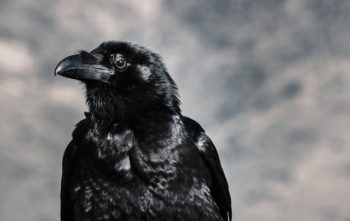 Photo by Tom Swinnen from Pexels