A Remote Russian Village Isn’t the Place to Be, or Is It? Posted by Jenya on Apr 8, 2014 in Culture, Russian life, when in Russia 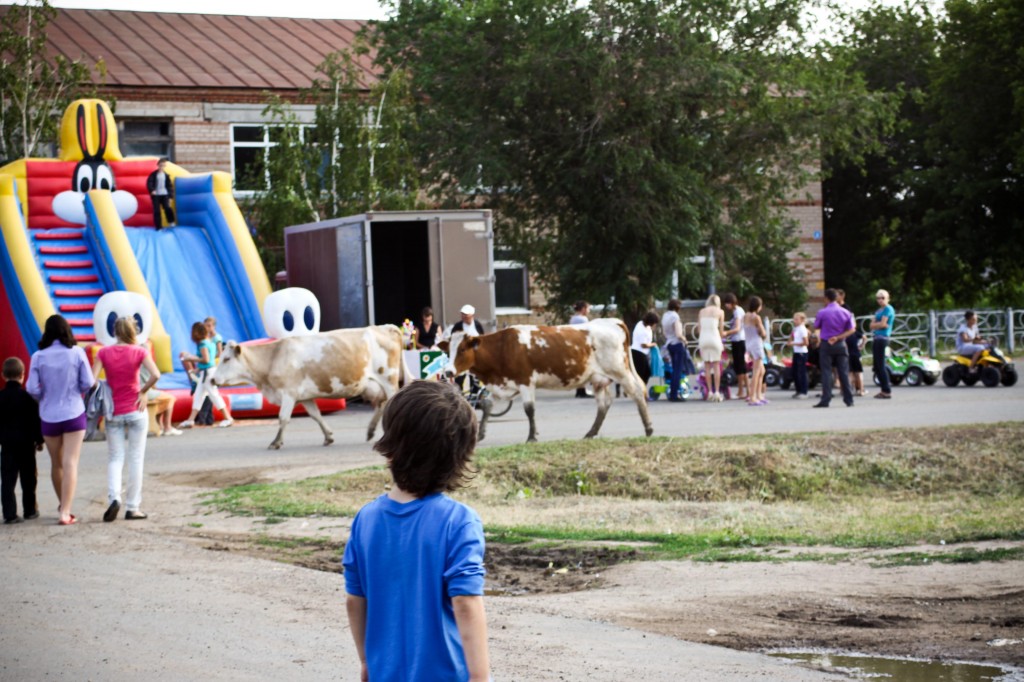 After going through the pictures from my last trip to Russia, I decided to put together a post about rural Russia. What is life like on the outskirts of Russia? What does a typical Russian village look like and what do people do there? If you want to find out, read on!

As an example, I am going to use a village that is very special to me: this is where my mother was born and grew up, where my grandmother lives, and where I used to go to spend my summers. Despite the fact that I am a city girl, I used to think that this was the best place on earth, the place I always looked forward to visiting. This place has a special meaning because of the people and events I associate it with. I would never want to live in this village but I am happy to have all the sweet memories of childhood and early youth that go back there and I wouldn’t have it any other way. OK, enough nostalgia, let’s move on to the specifics :-).

You might wonder what the cows are doing in the first image of this post. Let me explain. The event captured in the photo is Village Day, a massive yearly celebration, sort of like a street fair, with a cookout, kid’s attractions (pictured), beer and a concert at the local cultural center. The cows are on their way home from the pasture. Most villagers own cows and other animals. All the cows of the village make up the village herd. During the warm months, the cows are pastured 100% of the time. That means every morning, around 5 am all the villagers let out their cows from their stalls, the cows are gathered up by the cowboy and led out to the pastures until 9 pm. In the evening the heard is brought back to the village and the cows are met and led back to their stalls by the owner, the heard parades through the village every single day, so the cows in the image are just cows on their way back home :-).

During the cold months, the cows stay in the stalls and eat hay. In other words, all the cows in Russian villages are “grass fed beef,” not too bad, the way I see it. The pigs, which are also very common, are usually fed table scraps (помои): any and all food leftovers and byproducts such as potato peels, stale bread, egg shells, watermelon rind, etc.

The animals are kept in a structure called сарай — a building that is not too easy on the eyes, with several rooms to accommodate different animals. Children usually have to help parents with chores and animal upkeep from an early age. If you live in your own house, сарай is usually adjacent to it, however, if you live in an apartment building or your yard is not big enough, you can have a сарай on the outskirts of the village; usually they form big сарай cluster. This is what a typical сарай looks like. 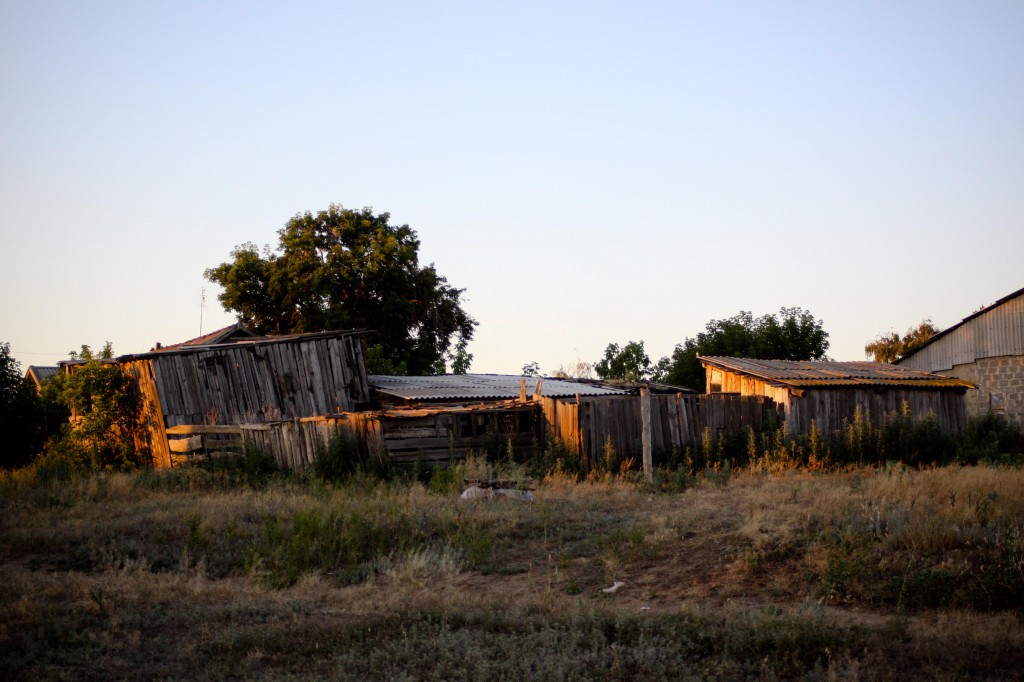 Below are 3 dwelling images: an average stand alone house (wooden exteriors are, perhaps, even more popular than the one pictured); an apartment building (these particular ones were built in the 50s, without running water or sewer communications, so you have to have an outhouse in your back yard or share one with the building 🙁 ); and a local businessman’s house – the best house in this village 🙂 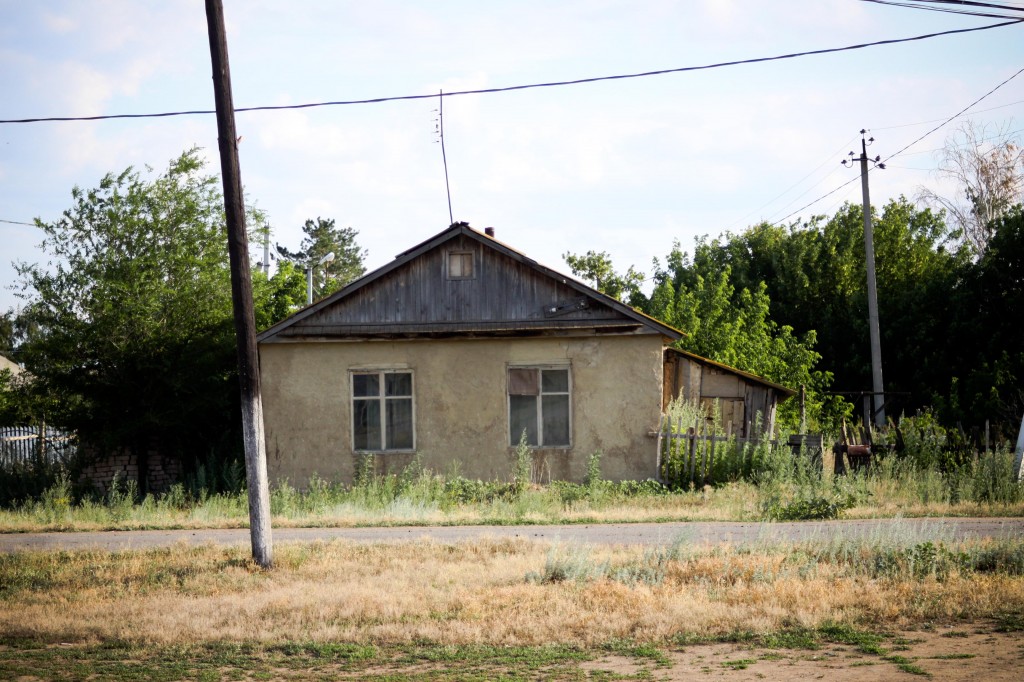 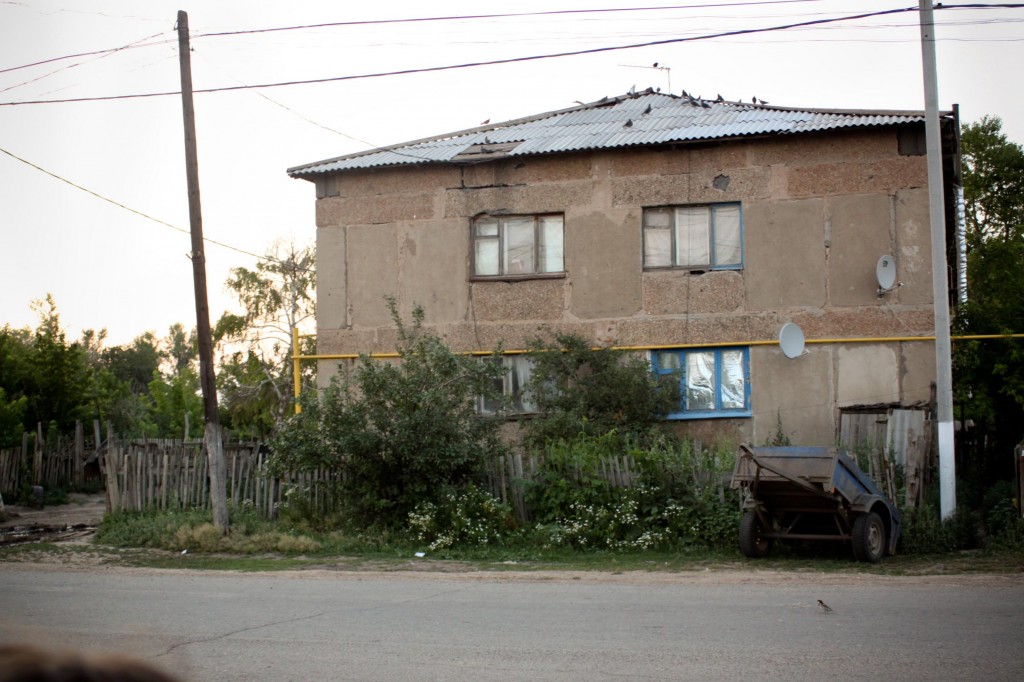 Apartment Building from the 50s in a Russian Village 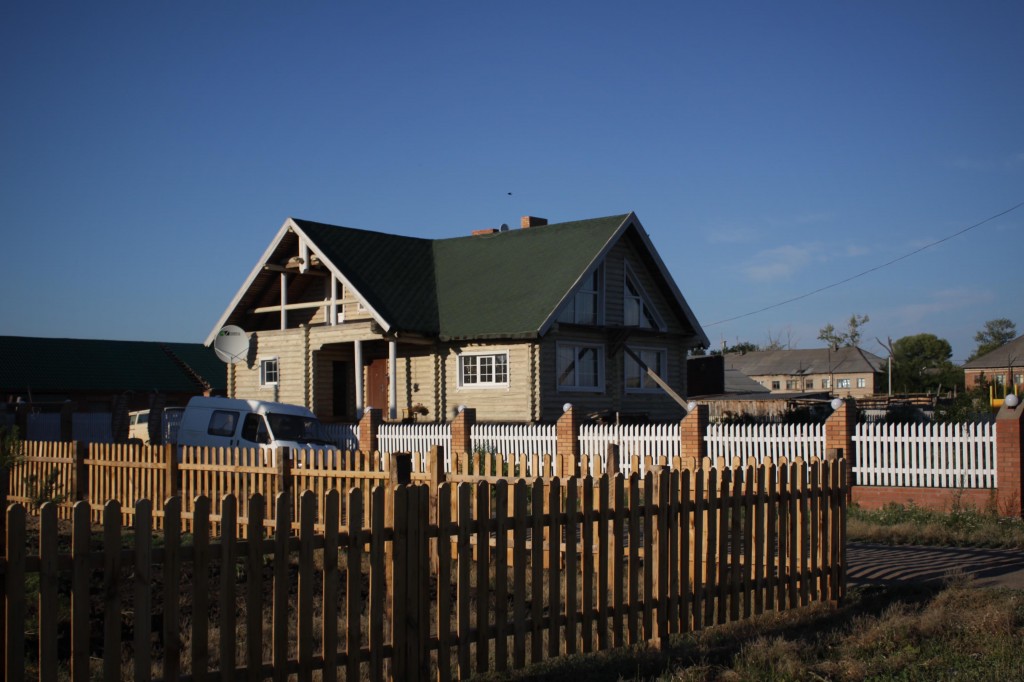 Businessman’s House in a Russian Village

Daily life of a typical villager is pretty hard and monotonous. The jobs are scarce and the pay is pretty low. This is the main reason why a lot of young people move out to the nearest cities. The ones who don’t frequently resort to alcohol.

On the inside, absence of running water is still very common. However, the situation in a lot of villages has taken a turn for the better. With the small businesses slowly growing across the country, adding a personal well and sewer is certainly an option. Many villagers did just that in my grandma’s village in the last 5 years. Below is a picture of a typical washroom or санузел, a room where you can wash your face, dishes, and do any other cleaning activities. 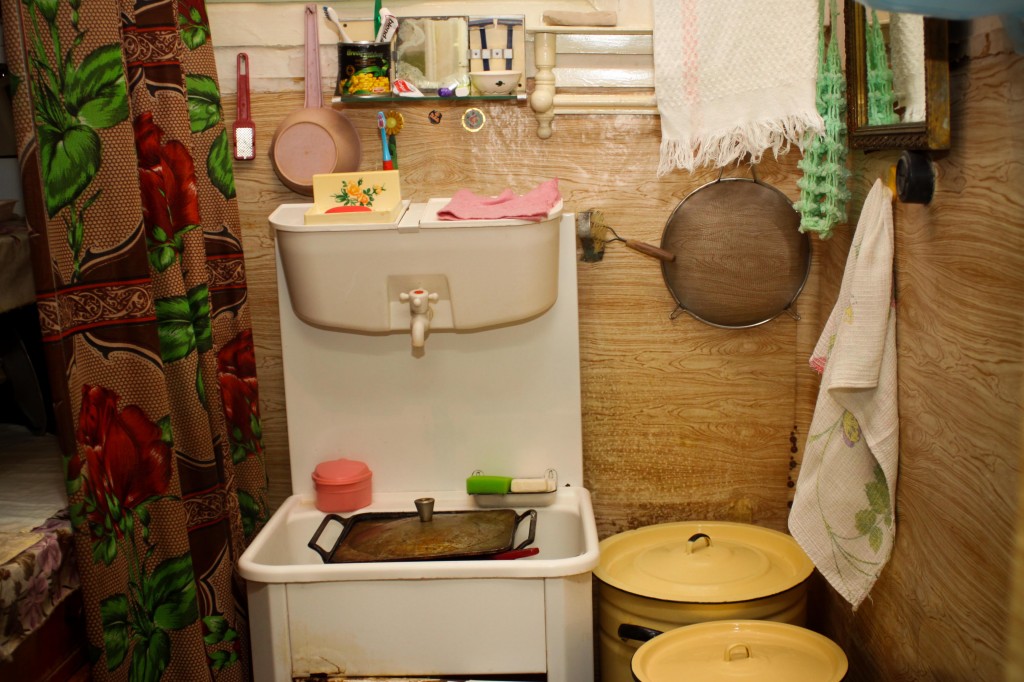 Most of the cooking is still done from scratch. A lot of the villagers rely on their livestock for food: meat from their cows, pigs, chickens or ducks; milk, cottage cheese, and cream from the cows. Agriculture is also a very important part of their life. Absolute majority have a yard, some have several plots of land, where they grow their vegetables and fruit. A lot of people have cellars (an underground hole with a door, погреб in Russian); that is where all of your winter provisions, such as potatoes, jams and pickled goods, are stored. Depending on the size of the village, there is usually at least one or two stores. This is where you can always buy all your food, if you need to. You also have the option to purchase stuff from other villagers, which is what a lot of people still do. Villages that are big enough have some sort of an art/culture facility/club, typically it is called дом культуры. This the place where all cultural events and celebrations take place. 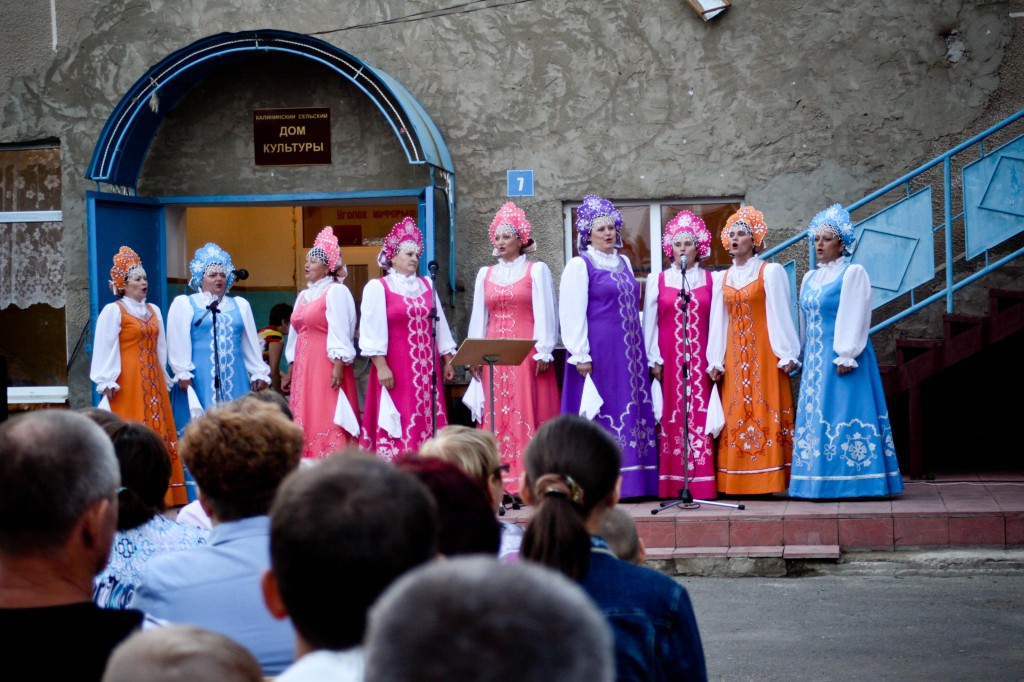 My grandmother, who is currently 86 years old, still does most of the things herself. There is a social worker who comes in once a week to do any chores that need to be done but my grandmother is not satisfied with the quality of her work, so she lets her pick up whatever groceries and refill her water buckets (you have to get water outside at the pump) but chooses to do the laundry and cooking herself.

She also still maintains a little garden every summer, even though for the last 10 years she’s been saying that she is too old for that. In her defense, she is a workaholic and it does not mean that all Russian villagers are like that (but a lot of them are :-)). When asked if she would like to move to the city and live with one of her children, she says she likes to visit but she loves the village and there is no place she would rather be. I guess there is no place like home, even if your home is in a remote Russian village :-). 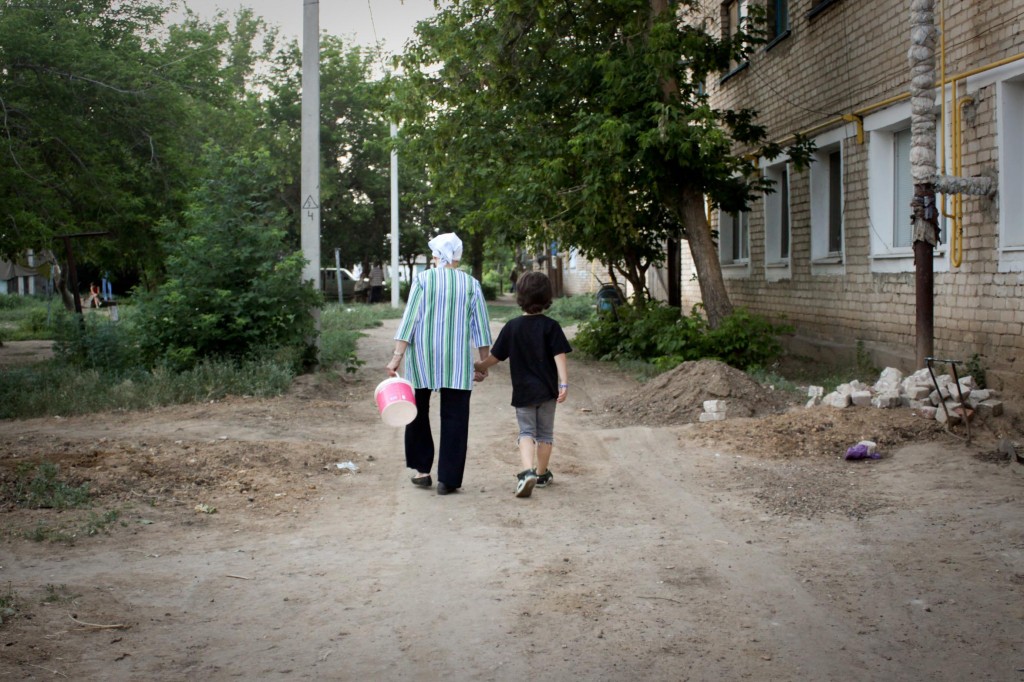 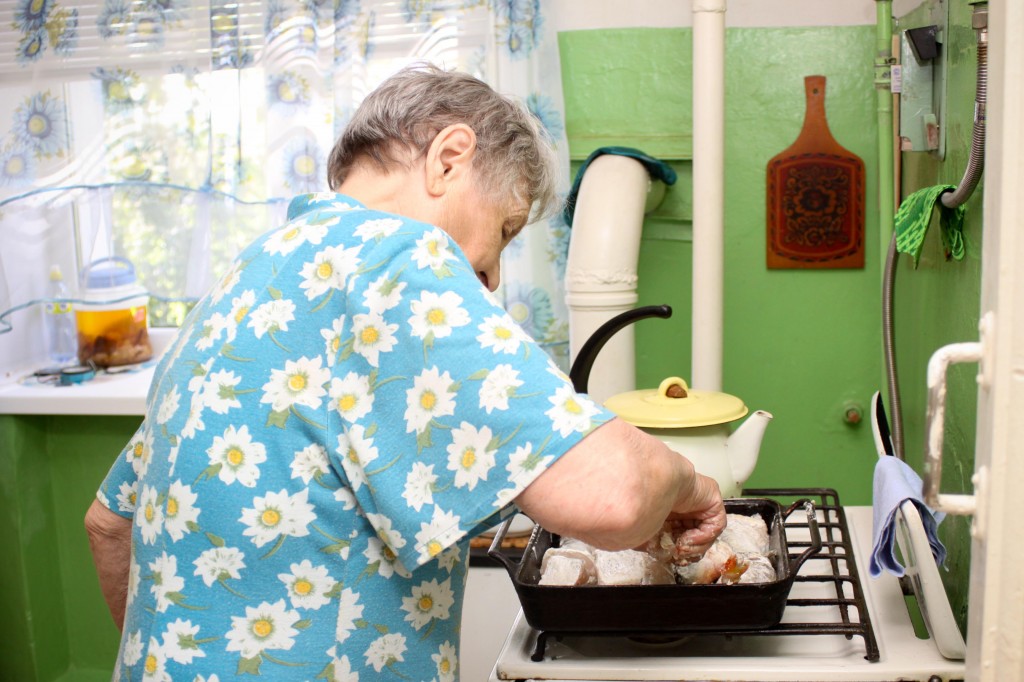 Russian Village, in the Kitchen 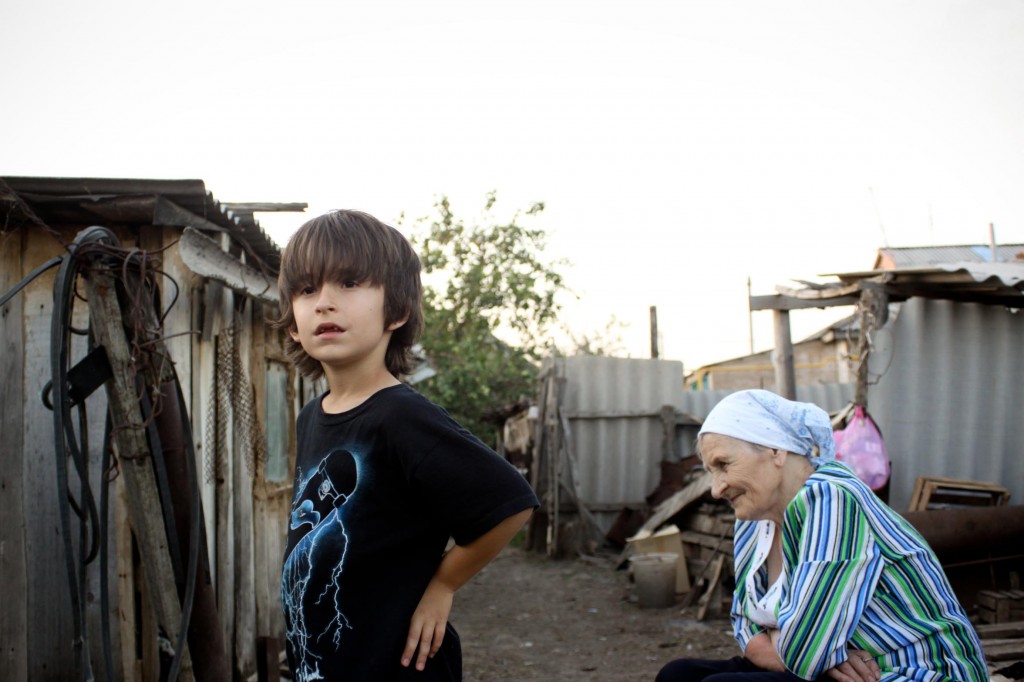 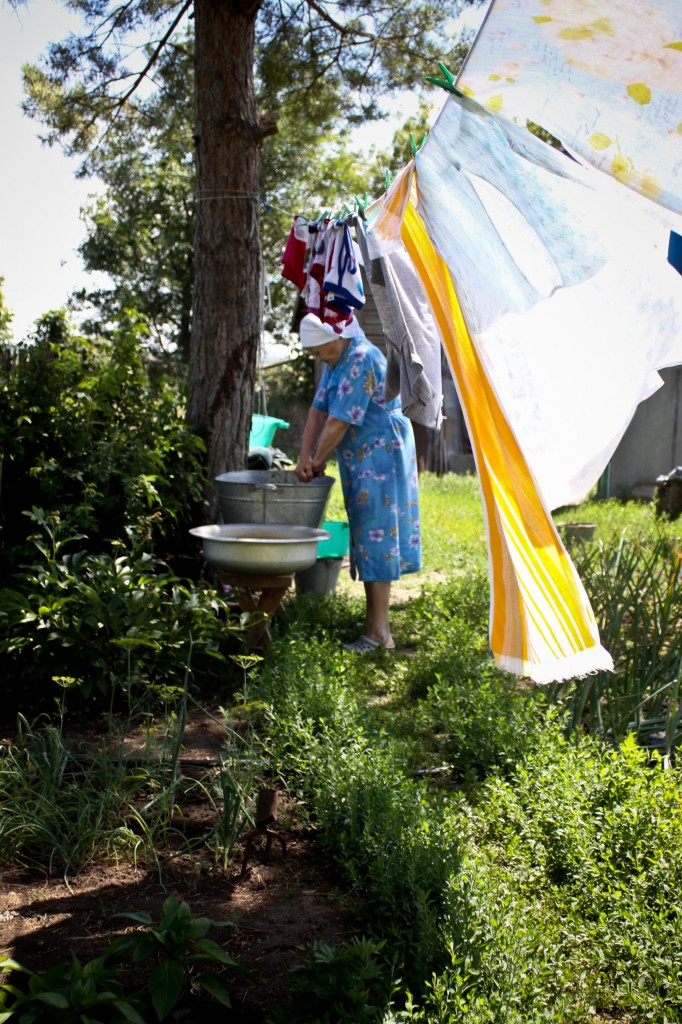 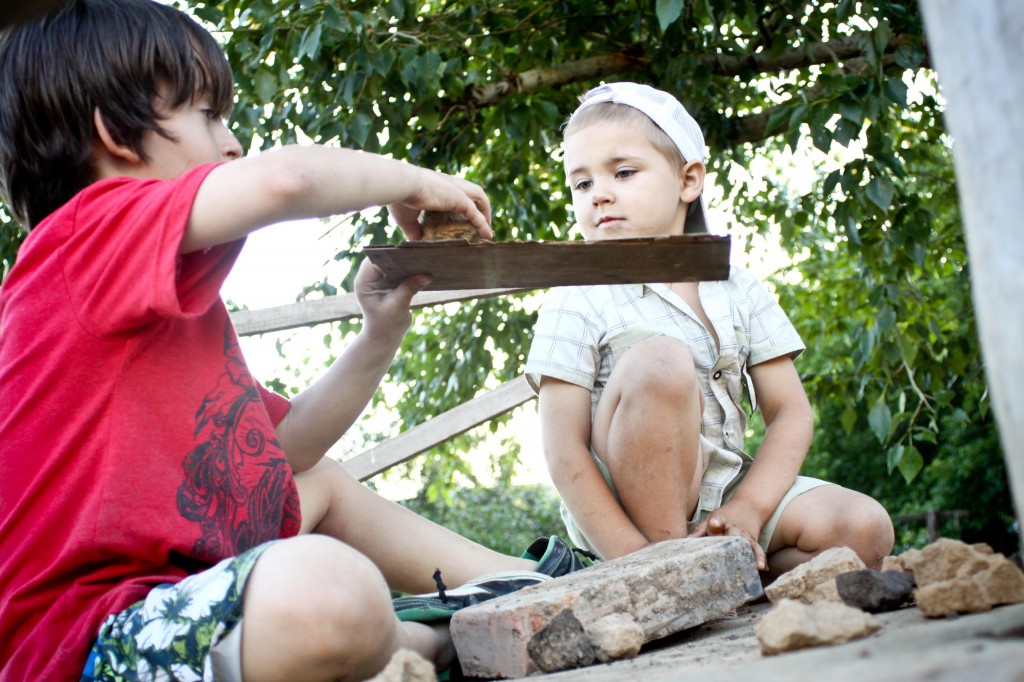 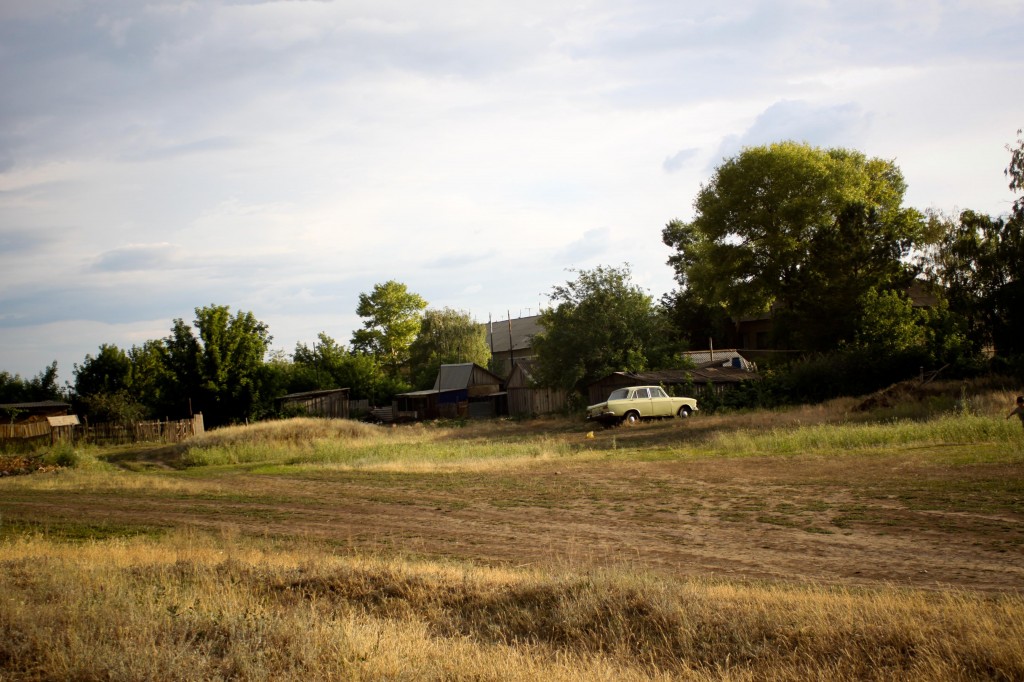 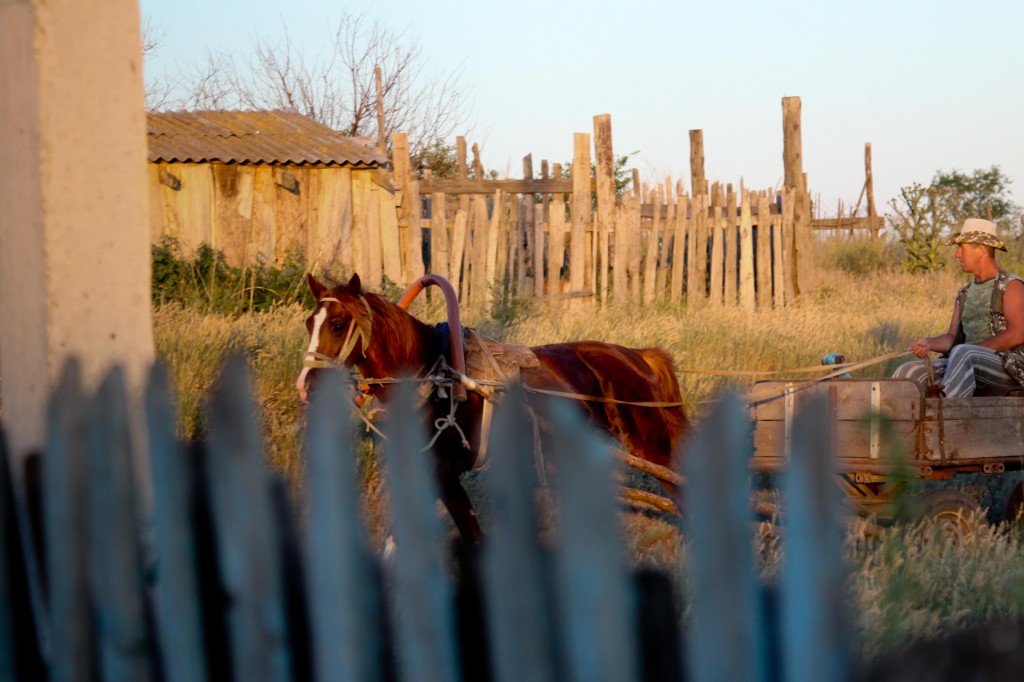 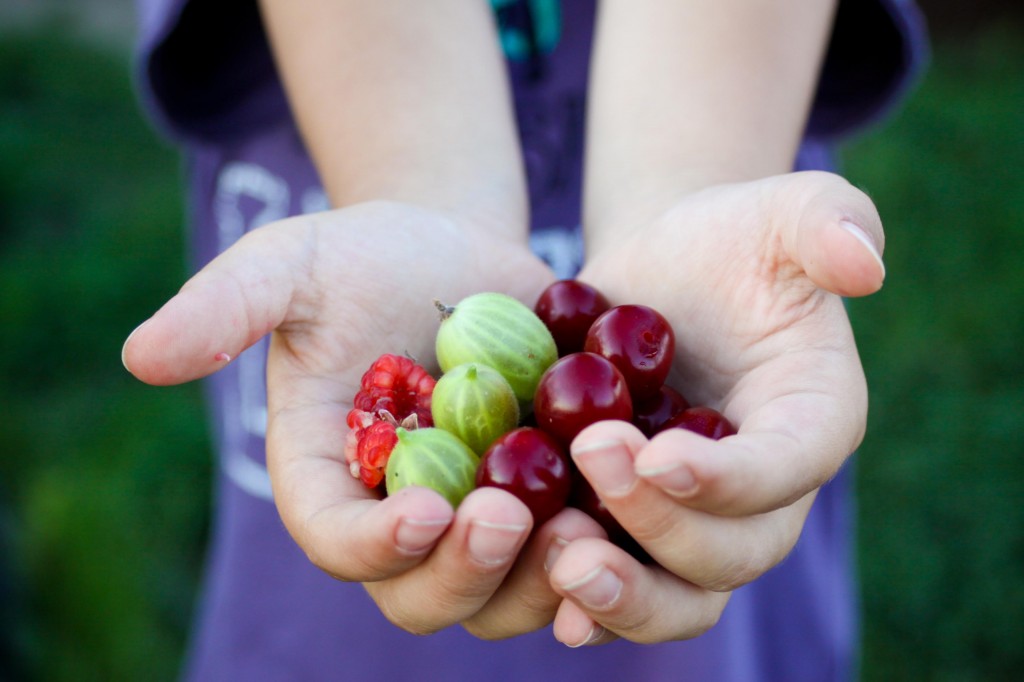