Russians Who Still Live In The USSR Posted by Nadya on Apr 6, 2020 in Russian life, Soviet Union 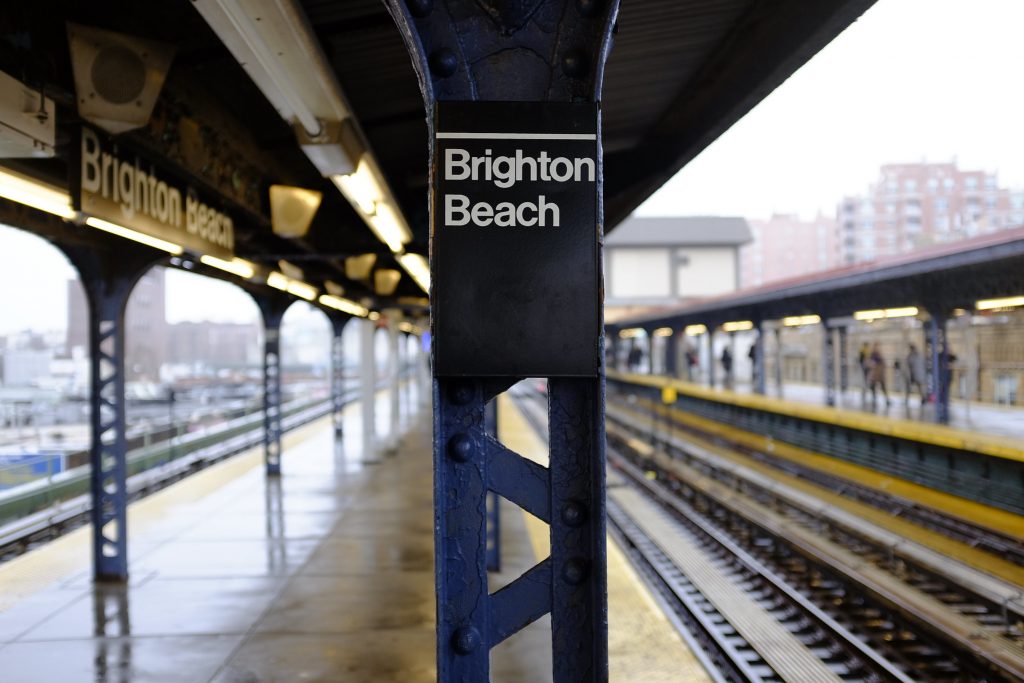 The USSR (СССР) collapsed in 1991. Republics of the USSR (Сою́зные Респу́блики) became independent (незави́симыми) Post-Soviet States. Each of them began finding their own way forward. By the beginning of the 2000s, there was no trace of the USSR on the Eurasian continent. But it did not disappear completely – it moved. Today, perhaps, the only place on the planet where the USSR has remained alive is…

Brighton Beach is a neighborhood of Brooklyn, NYC, located along the Atlantic Ocean coastline. In the 1970s, immigrants (иммигра́нты) from today’s Russia and Ukraine began to settle in Brighton Beach. Perestroika (Перестро́йка) started in the USSR in the 1980s. Many rich and poor residents of the crumbling country decided to move to New York (Нью́ Йо́рк). Brighton Beach attracted immigrants with its beachfront location and low housing prices. Several tens of thousands of Soviet immigrants settled there by the mid-1990s. Since then, time in Brighton has seemed to stop.

Today’s Russian speaking community (общи́на) has its own theater, concert halls, schools and kid’s activities, many stores, restaurants, pharmacies, street markets, and even a radio station. All that infrastructure serves its community mostly in Russian. You will probably be surprised, but many people on Brighton Beach don’t speak English at all.

I was 4 years old when the Dissolution of The Soviet Union (Распа́д Сове́тского Сою́за) happened and do not remember much from that time. All my knowledge about it was based on my family’s old pictures and some movies, for example, “Weather Is Good on Deribasovskaya, It Rains Again on Brighton Beach” (1993) depicts “Little Odessa”. Wanting to know more I went there myself.

The first person I met was a lady who looked the same as hundreds of women from my childhood: the same bright makeup, backcombing hairstyle, and long sweater. Her name is Nina. I asked her to tell me a little bit about her life.

Nina has been living on Brighton Beach for 30 years. She said her English was better before she moved (перее́хала) to the United States (Соединённые Шта́ты). All her friends, employer, barber, and doctor are Russian speaking (русскоговоря́щие). “Look at this!” – Nina was holding a newspaper and a bag of chamomile tea in her hand. “I bought “Русский Базар”, and it says Maxim Galkin [a husband of Alla Pugacheva – the most popular USSR signer in 1970s-1990s] will have a concert in May. I hope, we will get rid of coronavirus by that time. Do you know what can help you to stay healthy?”. Then she shared some secrets of folk medicine, omens, and a story about her former neighbor from Leningrad (Ленингра́д) (currently, St. Petersburg).

On my way to the subway station (which is located over Brighton Beach Avenue), I bought a Matryoshka doll and a vinyl record from a man selling them right on the street. Old Soviet books, used fur coats (шу́бы), embroidered towels, and decorative plates with drawings from fairy tales were also on sale. Ex-Soviets brought everything they could with them to their new lives. Including a piece of the USSR.

Watch what others think about Little Odessa: