The Mother of All Rivers Posted by ryan on Oct 4, 2021 in Uncategorized

As the old song goes, Широка́ страна́ моя́ родна́я1wide is my home country. Russia is the largest country in the world by far. Its borders stretch from its westernmost to easternmost points over 9,000 kilometers (over 5,000 miles), covering a total area of over seventeen million square kilometers (6.6 million square miles), which is one-eighth of the total land area on earth. This massive land area encompasses many different climates, landmasses, and bodies of water. However, Russia does not have significant access to any major oceans, which has caused the nation to historically rely on its many rivers to travel around the country and to grow and develop. 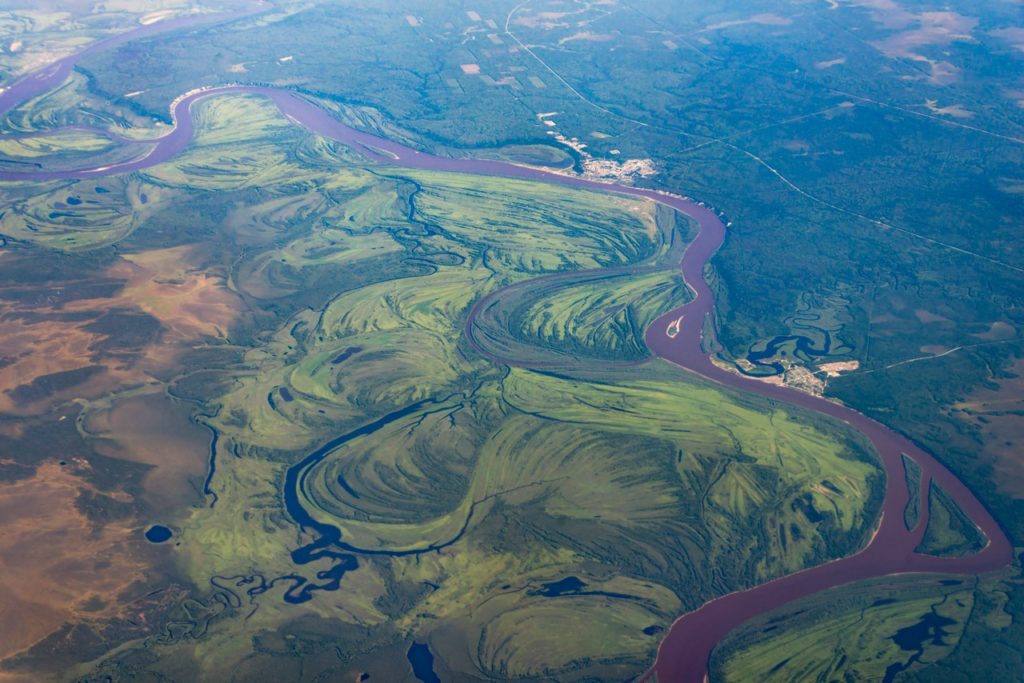 Река́ (pl. ре́ки) is probably the first geographical feature that anyone learns the Russian word for, if only because rivers in Russia have always been the lifeblood of the country. Every река́ has a исто́к source and an у́стье mouth. Along its path a river may have another, smaller river join it called a прито́к tributary. What does a river do? From the word течь to flow – Река́ течёт.

If we are traveling by river, we use the word плыть to swim, travel by water + по + dative case. Я плыву по реке.3I am sailing down the river. Теплохо́д плывёт по Ангаре́4The steamboat is sailing down the Angara (river in eastern Siberia)..

The concepts of “upstream” and “downstream” are reflected in the terms выше higher up and ниже lower down.

Sometimes along a river a ги́дроэлектроста́нция (ГЭС) hydroelectric station is built. This is made by building a large плоти́на dam, which, of course, floods a large area of land behind it and creates a водохрани́лище reservoir (from the words вода́ water and храни́ть to save, to keep).

Now that we have learned a bit of the vocabulary associated with rivers, I would like to state some interesting facts about one of Russia’s most prominent rivers.

As you can see from the above saying, Volga River occupies a special place in the mindset of Russian people. I will give you a few facts about the river below:

The area of land around the Volga is known as Пово́лжье.

Even though it doesn’t flow through any of Russia’s past or present capitals, the Volga was essential in the development of Russia as a state. Its sheer size and importance have inspired many, and travel along it was an important part of the Russian economy until only a few decades ago. The Volga is so significant to Russia that it lent its name to an iconic Soviet car make: 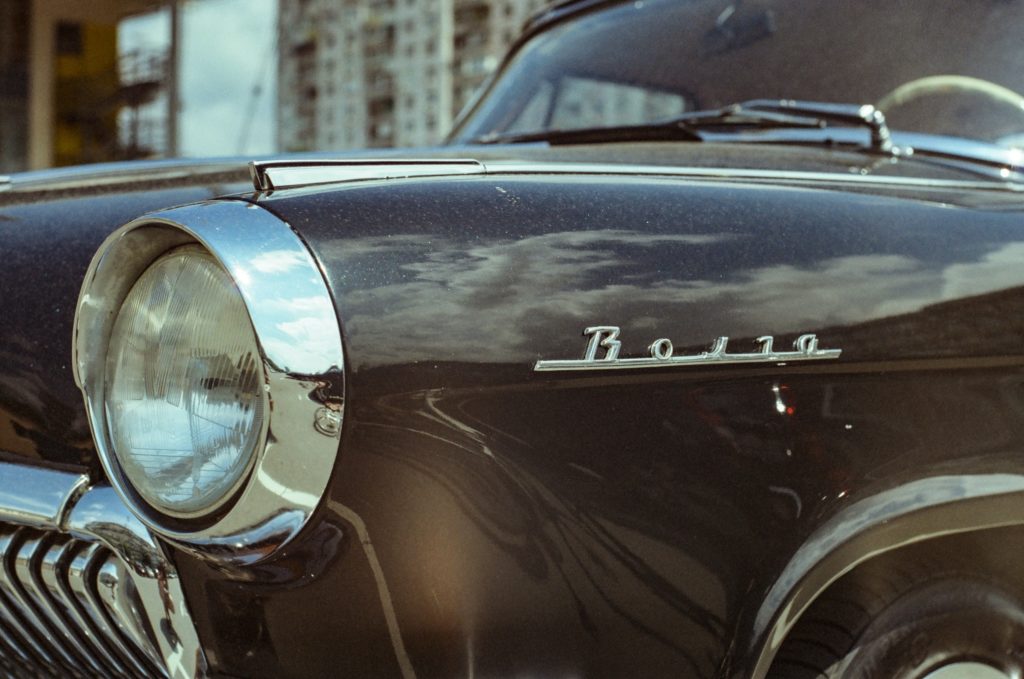 I will leave you with a very famous song about the Volga, performed by Людмила Зыкина Liudmila Zykina in her booming mezzo-soprano, kicked off by the words Издалека́, до́лго, течёт река́ Во́лга!11From far and for a long time flows the river Volga!

What other rivers do you know about in Russia? Do you know any interesting facts about them? Have you read or seen anything about life on the river in Russia?